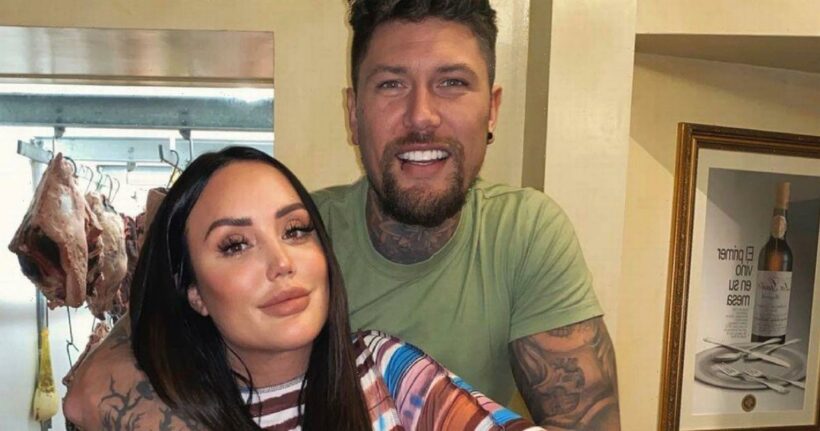 She’s been notoriously unlucky in love in the past, but after meeting boyfriend Liam Beaumont last year, Charlotte Crosby is keen to start a family.

“Charlotte and Liam talked about having kids together right from the start of their relationship,” a source tells new magazine.

They continued: “Charlotte even vowed to friends she’d be pregnant by the end of 2021.”

The former Geordie Shore star, 31, lifted the lid on baby plans with videographer Liam – who she began dating in February 2020 after meeting in Dubai – on Instagram last week.

She confessed they had even discussed baby names. “We have our little girl’s name,” she said.

The star suffered a devastating ectopic pregnancy in 2016 when she was with former flame Gary Beadle, and was left fearful for her fertility when she had to have emergency surgery to remove her damaged fallopian tube.

“All the heartache Charlotte has been through has only confirmed the importance of having a family of her own,” the source added to new.

“It’s all she’s ever wanted. And it makes her so happy that she’s finally found a boyfriend who is at the same stage and ready for the next chapter.”

Charlotte also revealed to Instagram followers why Liam, 30, is different from her previous romances, gushing: “He truly cares about my wellbeing.”

She explained: “He doesn’t constantly tell me he loves me, he does little things every day that show me, they show devotion.”

“All we do together is laugh and be stupid, which very few people actually get to see. Which makes our relationship even more special.”

And while her romances with exes Gary Beadle and Joshua Ritchie may have played out in the public eye, sources say Charlotte has learnt to keep her love life behind closed doors.

“Charlotte’s been messed around in the past but she thinks Liam is The One, which is why she’s kept him out of the spotlight,” the magazine’s source added.

“She may share the odd selfie but she tries to keep her cards close to her chest. All her friends and family are thrilled for her and love Liam.

“If anyone deserves a happy ending it’s Charlotte after everything she’s been through.”