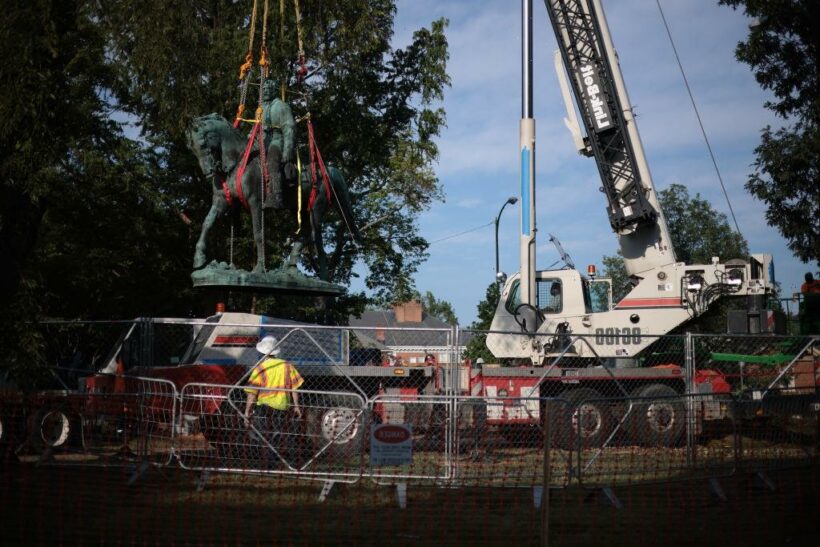 The city of Charlottesville, Virginia has removed the Robert E. Lee monument that served as the epicenter of the deadly Unite the Right rally in 2017.

“Taking down this statue is one small step closer to the goal of helping Charlottesville, Virginia, and America, grapple with the sin of being willing to destroy black people for economic gain,” Mayor Nikuyah Walker said in a speech prior to the Lee statue’s removal from its pedestal (via The Associated Press).

Saturday’s removal of both the Lee monument and a statue dedicated to Confederate general Thomas “Stonewall” Jackson were the end result of a 2016 petition by then-high schooler Zyahna Bryant that called for both statues to be taken down. While the city council voted to remove the statues by early 2017, legal challenges halted the initial plan.

Man Who Killed Heather Heyer at Charlottesville Sentenced to Life In Prison, Plus 419 Years

The threat of the statues’ removal served as a catalyst for the Unite the Right rally in August 2017, where white nationalists clashed with counter protesters, leading to the death of Heather Heyer when a white supremacist drove his vehicle into a crowd of demonstrators.

Earlier this year, the Virginia Supreme Court dismissed the remaining legal challenges that argued that the Confederate statues were protected by state law, ultimately resulting in their removal Saturday.

“It feels good. It’s been a long time coming,” Zyahna Bryant, now a student at the University of Virginia, told the New York Times. “The statues coming down is the tip of the iceberg. There are larger systems that need to be dismantled. Educational equity is a good place to start.”

The city of Charlottesville will remain in possession of both the Lee and Jackson monuments, for now: Under state law, the city is required to solicit parties interested in taking the statues. According to the Associated Press, 10 parties offered to take ownership of the statues.