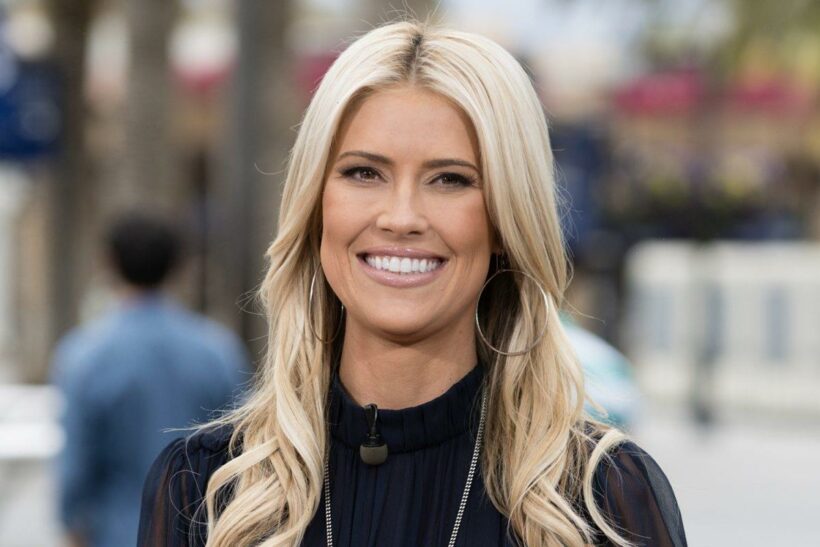 Christina Haack is the popular HGTV star with two shows on the network: Christina on the Coast and Flip or Flop. Fans love to watch Haack redesign interiors and often get tips from the designer on what to do with their own places at home. Haack’s love life has been a topic of conversation lately and it’s a good thing because she’s head over heels for her fiancé Joshua Hall. The couple look happier than ever and shared a photo that has fans going crazy celebrating their relationship.

Haack is having a great moment with her fiancé as they both have been spending time in Tennessee, where the interior designer bought a home earlier this year. The Christina on the Coast star is super protective of her significant other and tries to steer him away from controversy. When Haack shares photos of herself and Hall, she often disables comments to keep the haters from posting.

However, in a recent Instagram post, Haack shared a pair of photos hugging Hall and smiling for the snap. The television personality left the comments on and fans could not be more excited for the couple.

“Happy for you both, beautiful ring and smiles,” a fan replied.

“Gorgeous couple. Third time is a charm and I’m happy for you,” a follower added.

“You guys are so cute together,” another fan noted.

“You two are so adorable together! Happy for you both,” another follower mentioned.

“Happiness looks good on you both,” another Instagram user commented.

When Christina on the Coast Season 4 ended, Haack was in the middle of deciding whether to sell her house or not. The home she wanted pondering on putting on the market was the one she shared with her ex-husband Ant Anstead.

It was at the beginning of the show’s season that she had said she wanted to change things up in her home to make it look different. However, with the real estate market booming, Haack received a cash offer deal she couldn’t resist.

“I was trying to redo things and, you know, I built the bar and I had plans to change the wine cellar and a cabana in the backyard to make it my own space. But… I need a fresh start,” she said during an episode. “And honestly, the prices are high right now. I’ve been getting in these, off-market offers and they’re very hard to pass up.”

Haack ended up taking a cash offer and included all her furniture. Earlier this year she moved to a new place in Newport Beach and also bought a home in Tennessee.

Although they are divorced now, Haack and Anstead continue to have contact because they are co-parenting the adorable Hudson. After it was revealed Haack sold the house she lived in with Anstead, the latter was asked about it and he couldn’t have been more supportive of the idea.

“I think it’s the right decision,” he told People. “That home has memories. It was a home that we got together, renovated together.”

Haack is returning to HGTV with Flip or Flop in December.