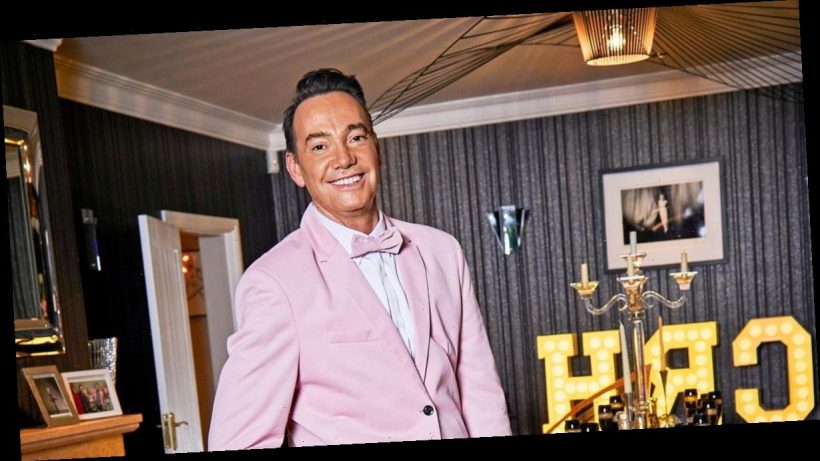 Strictly Come Dancing judge Craig Revel Horwood is known for not holding his tongue when it comes to telling contestants exactly what he thinks of their performances on the BBC show.

And, the outspoken judge has shared his opinions on some of the show's most-talked about subjects – including the so-called Strictly curse.

To watch the video in full, sign up to our OK! VIP Club below – it's free! And if you're already a member, then congratulations – you're already seeing this exclusive in full! Craig, 56, let OK! magazine into his lavish mansion and answered fans’ most burning questions about the show in an exclusive video.

As he sat down in front of his stunning white piano he was asked why Anton Du Beke hasn’t been made a permanent judge, after fans called him to replace Bruno Tonioli.

Strictly judge Craig explained: “It’s because there are only four positions at the desk. Oh yes, I know this year we had three because Bruno was away. I would dearly love to have him on and I think there’s room for a fifth person on that panel and I would love it if it was Anton Du Beke – his real name’s Tony Beke, by the way, but we won’t go there.” The Strictly judge was then asked what he thought about the backlash over same sex couples on the show after Nicola Adams and Katya Jones became the first same-sex couple to compete on the series.

He said: “I think it’s ridiculous, I think people need to get with the times, move with the movement and also accept minority groups, accept everybody and be completely and fully inclusive. And if you don’t like it, turn off the TV.”

When it comes to getting with the times, Craig admitted he thinks the show could do more be be inclusive as he explained: “We should see every walk of life, every part of humanity represented on Strictly. Bring on the drag queens darling, bring everyone on! I love it!

Strictly judge Craig then continued to gush over the drag dance as he said: “I’m glad you enjoyed the Priscilla Queen of the Dessert Muscials night [dance] with the boys all dressed up and dancing and strutting their stuff, I loved it too and we’re going to see a lot more of that so look out darling!”

Another thing Strictly is well known for is the so-called curse. When asked if believed in the curse, Craig revealed he feels the opposite about couples making up and breaking up on the show.

Fans couldn’t resist asking Craig to spill behind-the-scenes secrets from the popular BBC One show, and as he was quizzed, Craig revealed: “Well the audience at home don’t know that all the audience we have in the shows get fed. By that, I mean, they get a tiny little packet of sweets and an orange juice.

“It does make you wonder why anyone would want to come and see the show, but of course, it’s glamorous, it’s amazing and it’s fabulous.”

Strictly judge Craig doesn’t hide his opinions when it comes performances on the BBC show, but when he was asked if he has a favourite in the competition, he insisted: “I don’t have favourites, so I don’t know where you got that misinformation from, darling. I love everyone and I have no favourites. Have I said that enough? I have no favourites!” “The best thing about being a judge is I get a front-row seat on the best show in town and I get to judge it as well. The worst thing about being a judge is the backlash, the Twitter haters, all of those people that don’t like your opinion. But, you know what, I stand up to them and I don’t care because it’s only my opinion and if they don’t like it, they’ll form their own.”

Craig was then asked what his favourite Strictly performance off all time was, to which he said: “That’s a tough one, I’d have to say it needs to be Jill Halfpenny’s jive. I’ll tell you why, it was a long time ago and it was the first time I ever gave a ten and that was in series two in the final – amazing.”

One fan also asked which professional Craig would like to be paired with, to which he said: “It would have to be someone tall and it would be either Luba or someone really small like Janette. Now, that would be really dynamic because that means I could lift her up with my little finger, throw her up and catch her with one hand and I would love that!”

Thank you for signing-up as an OK! VIP member!