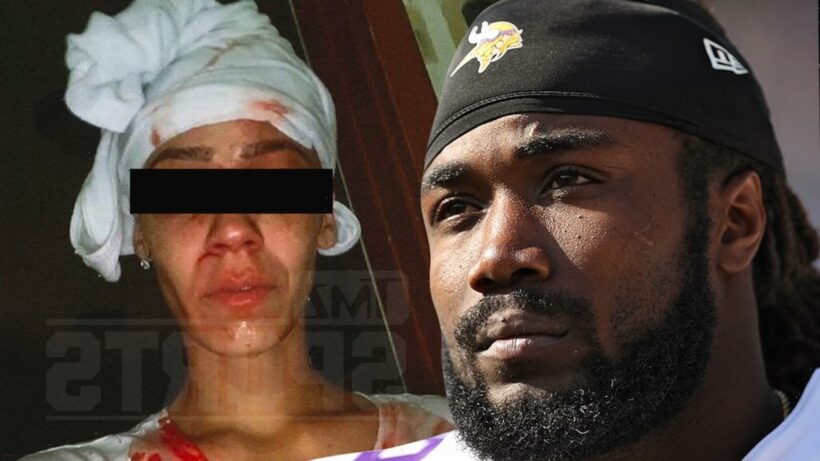 A woman claiming to have dated Dalvin Cook throughout the past three years says the NFL star beat the hell out of her in Nov. 2020 … leaving her a scratched, bruised and bloody mess.

But the Minnesota Vikings running back is adamant he’s actually the victim … and the woman is now attempting to extort him.

U.S. Army veteran Gracelyn Trimble spelled out the troubling accusations in a new lawsuit, obtained by TMZ Sports … saying she met Cook on a beach in Florida in 2018 and began dating the football player a short time later.

Trimble, though, says in the docs in March 2020 … the relationship took a turn for the worse.

Trimble claims Cook had gotten her pregnant, but she suffered a miscarriage — and while in the hospital dealing with it all, she says Cook was cheating on her.

Trimble says that led to “physically violent argument” between the two, where she claims Cook pushed her — resulting in their break up.

But, Trimble says less than 3 months later, they rekindled their romance and started living together in Florida … and also shared space in Minnesota, where Cook was living during the Vikings’ season. 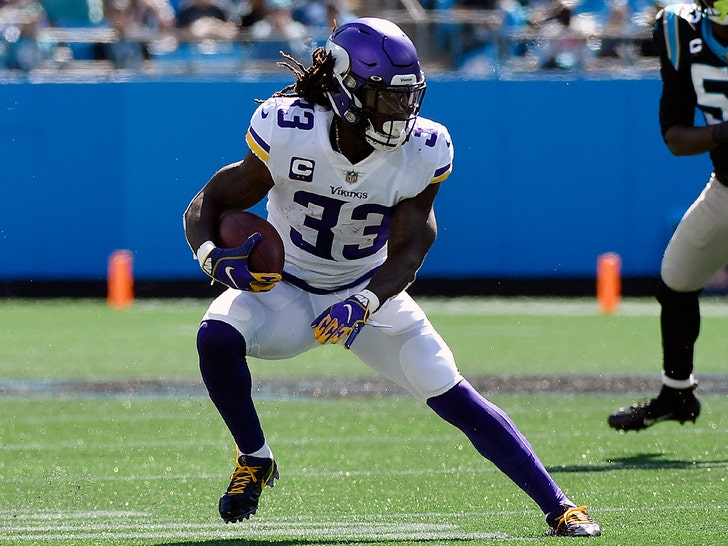 Trimble, though, says in mid-November, the two got into an argument at the Mall of America, and when they returned home, Cook punched her and threw her to the ground.

Because of Cook’s alleged history of violence, Trimble says she stored mace in his garage.

Shortly after, the altercation Trimble says she then learned Cook was again cheating on her … so she decided to confront him, gather her things and end the relationship.

On Nov. 19, 2020, Trimble claims in the docs she entered Cook’s home through the garage, grabbed the mace and headed inside to pack up her belongings.

Inside the home, Trimble claims she asked Cook for help packing up her belongings — but he got mad, “grabbed her arm, and slung her whole body over the couch, slamming her face into the coffee table and causing her lower forehead and the bridge of her nose to bust open and start gushing blood.”

Trimble claims she then attempted to defend herself by macing Cook, but he overpowered her, and the mace primarily got in her eyes.

After briefly going outside, Trimble says she went upstairs and attempted to take a shower in order to wash the mace out of her eyes — but she claims she was again confronted by Cook … saying the NFL star picked her up and slammed her on the floor. She claims she hit the corner of a bed in the room, which caused a deep gash on her arm.

Trimble claims Cook then pinned her to the ground and told her she was “going to die.” She then claims Cook punched and choked her and the grabbed a gun and pointed it at her head “all while yelling death threats.”

Trimble says in the docs Cook eventually put the gun down, but kept her pinned to the ground.

The woman says Cook let her up — and she was able to get into the shower to try to wash the blood off of her. But, she says their violent altercation continued after she finished in the bathroom.

Trimble says she went downstairs and her and Cook began to argue again — before she claims Dalvin began beating her with a broomstick.

“Despite having been a solider in active combat,” the documents read, “where she had missiles and bullets fired at her, Trimble feared for her life like she had never before.”

Trimble claims the beating continued as she attempted to crawl away from Cook to get help, but she says Cook would not let her go.

Trimble claims despite begging Cook to call police or an ambulance, he held her against her will for hours — before eventually taking her to the airport.

After returning to Florida, Trimble says she didn’t initially go to the hospital because she wanted to protect Cook … but on Nov. 25, after she claims she realized her injuries were severe, so she went to the emergency room.

While there, she says she told doctors she was in an ATV accident … and they diagnosed her with a concussion and “several deep cuts and bruising.” 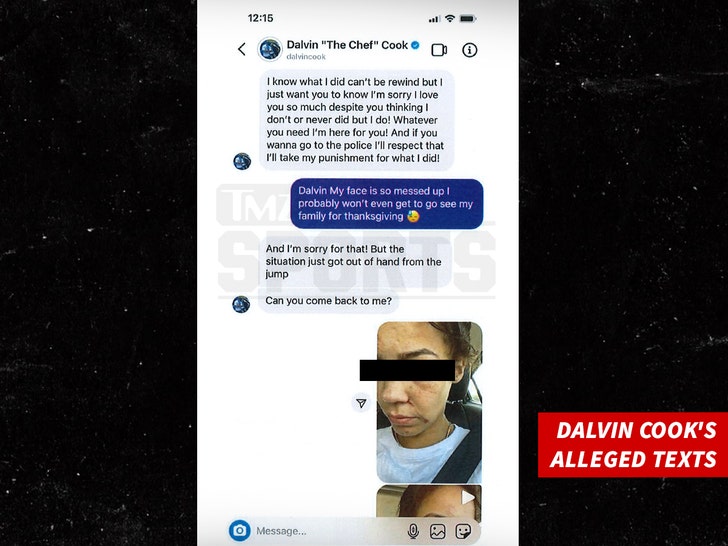 Trimble claims Cook profusely apologized after the incident, but they did not see each other for about a month until a death in Cook’s family — which she claims brought the couple back together.

But, Trimble says the relationship eventually broke down again — and they called things off.

Cook’s attorney, however, claimed in a statement to TMZ Sports on Tuesday that he’s actually the victim … and said shortly after the two began dating, she, “became emotionally abusive, physically aggressive and confrontational, and repeatedly attempted to provoke” him.

Cook accused Trimble of damaging his car, assaulting him and attempting to “stop him from seeing other woman” throughout their relationship.

We also talked to Dalvin’s agent, Zac Hiller, who told us “[Trimble] showed up at [Dalvin’s] house, illegally entered, punched him in the face, maced him, armed herself with a gun, and held him and his 2 house guests hostage.” 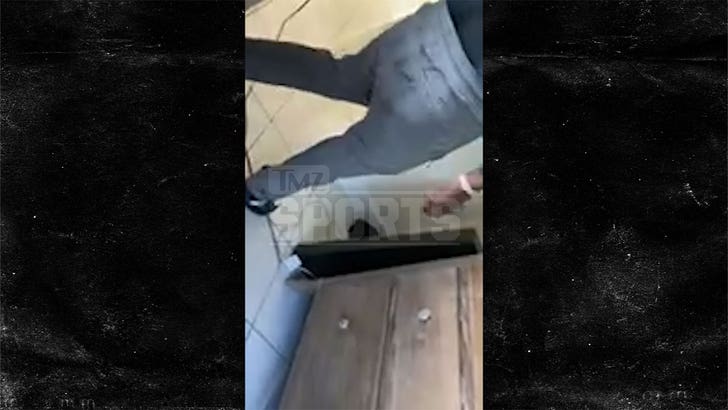 As for the Nov. 19, 2020 incident, Cook says Trimble assaulted him without provocation — macing him and his houseguests.

Cook says Trimble held the football player at gunpoint for several hours — and claimed video from the incident shows she was the aggressor.

Cook added that any injuries Trimble suffered during the altercation were “the result of Sgt. Trimble’s own unlawful conduct.”

“We are confident a full disclosure of the facts will show Mr. Cook did nothing wrong,” Cook’s attorneys said.