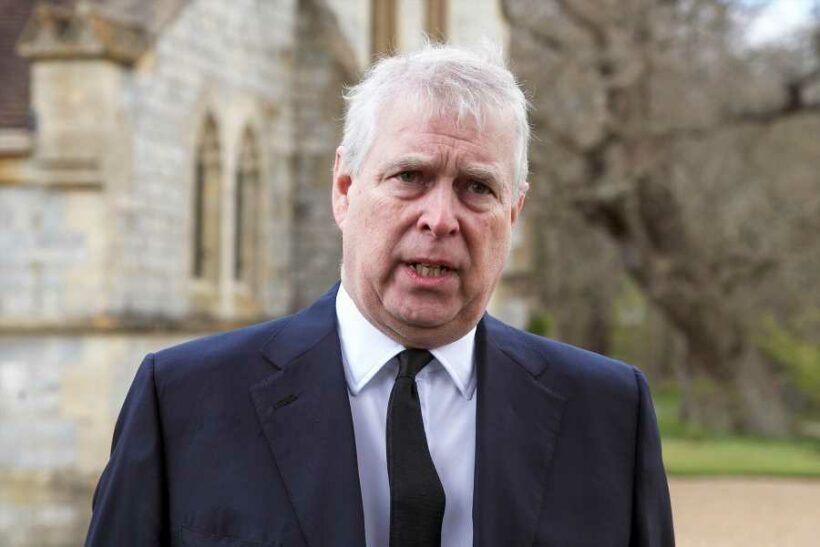 Prince Andrew tried to discredit Virginia Giuffre’s allegations he sexually abused her as a minor by claiming her recollection he sweated on her in a London nightclub was a medical impossibility. Now she’s demanding proof.

In a new filing in Manhattan federal court, Giuffre and her lawyers reveal they’ve demanded the Duke of York hand over all documents related to his “alleged medical inability to sweat” and “anything that would support the alibis he gave” during his poorly received 2019 BBC interview.

Disclosure of the medical document request came hours before U.S. District Judge Lewis Kaplan ruled against Prince Andrew on Friday in his request that all discovery in the case be halted pending a determination of Giuffre’s residency status. The British royal has claimed Giuffre lives full-time in Australia and is not entitled to sue him in federal court in New York.

'Did Not Live Up to Editorial Standards': BBC Walks Back Alan Dershowitz Commentary on Ghislaine Maxwell Verdict

'Prince Andrew Should Be Quaking in His Royal Boots': What's Next for the Rich and Famous After the Ghislaine Maxwell Guilty Verdict

How True Is 'Respect'? Fact-Checking the Aretha Franklin Biopic

The 80 Greatest Dylan Covers of All Time

In his order Friday, Judge Kaplan said the defense’s request for an expedited two-hour remote deposition of Giuffre isn’t warranted and discovery exchanges should proceed as previously scheduled until the issue of jurisdiction is decided. Giuffre’s camp has called the prince’s request for a stay “tired” and a “transparent” attempt to dodge disclosures.

Giuffre filed her underlying lawsuit in August, alleging Prince Andrew sexually abused her in New York, London, and the U.S. Virgin Islands knowing she was a minor being trafficked by the disgraced and now-deceased convicted sex offender Jeffrey Epstein. Her complaint includes the infamous photo showing the senior member of the royal family with his arm around her waist allegedly taken at Ghislaine Maxwell’s London home. Maxwell, the former British socialite convicted Dec. 29 of recruiting and grooming victims for Epstein, is seen smiling in the background.

In a 2019 interview with the BBC’s Panorama, Giuffre said Epstein brought her to London in 2001 and essentially loaned her out to Prince Andrew for a night of dancing at a nightclub called Tramp and an unwanted sexual encounter.

“It was horrible, and this guy was sweating all over me. Like, his sweat was like, it was raining basically everywhere. And I was just like, bleh, grossed out from it, but I knew I had to keep him happy because that’s what Jeffrey and Ghislaine would have expected from me,” Giuffre told Panorama reporter Darragh Macintyre.

In his own interview with the BBC, Prince Andrew said he had “no recollection of ever meeting” Giuffre and denied ever being at Tramp with her. He particularly scoffed at her memory of his profuse sweating, claiming he suffered and “overdose of adrenalin” when he was shot at during the Falklands War that left him unable to perspire.

He then suggested the photo of him and Giuffre together might be “faked.”

Prince Andrew denies any wrongdoing related to Giuffre or Epstein and has not been charged with any crimes.

He is asking the court to dismiss Giuffre’s complaint on multiple grounds including alleged insufficiency it the way it was written, a claim that Giuffre’s 2009 settlement with Epstein released him from any liability and his allegation that she is not a legal resident of Colorado, as she states.

A hearing in the case is set for Tuesday. On Monday, the court is expected to unseal Giuffre’s private settlement with Epstein.