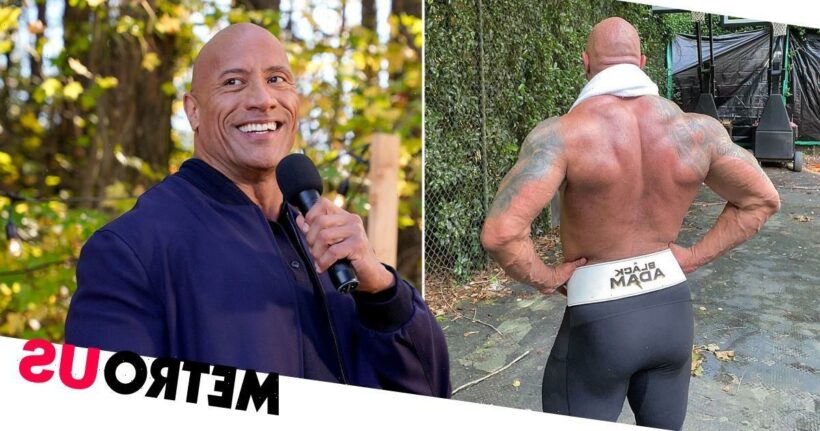 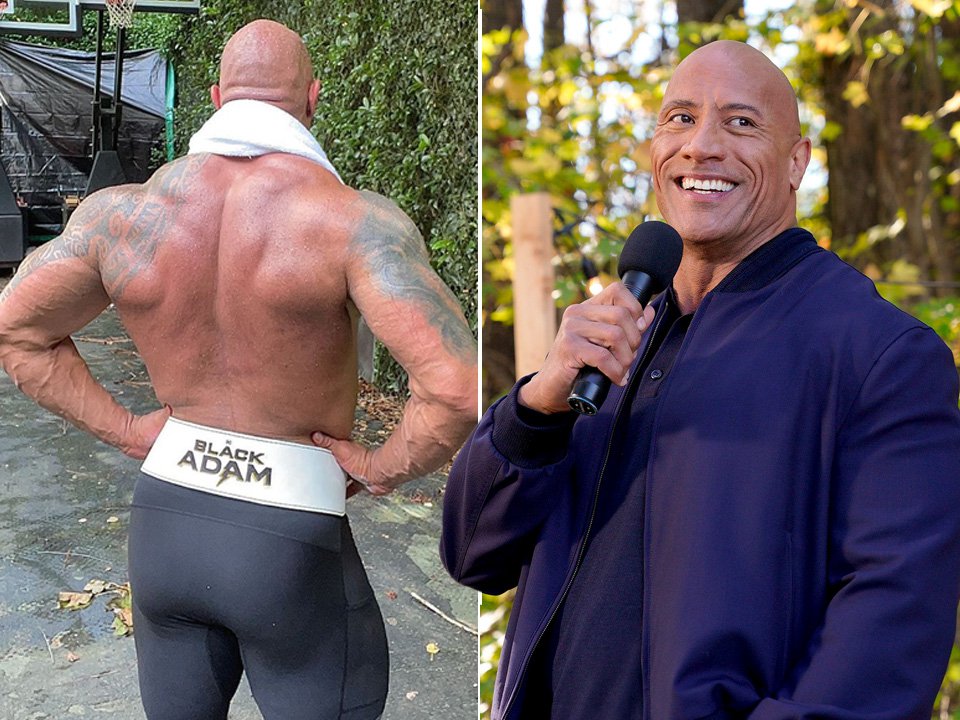 Dwayne’ The Rock’ Johnson has thanked his fans for their support amid his final week of filming for the DC’s Black Adam.

In a post shared to his Instagram account on Tuesday, the 49-year-old looked in typically fine form as he showed off his ripped back muscles while posing in tight Black Adam printed shorts.

‘Back to work. This is our final week of production for the filming of BLACK ADAM. I can’t thank you guys enough for all your support. Grateful. Truly,’ Dwayne began his lengthy post.

‘You’ve been right there rockin’ with me all this time. And now it’s my turn and I hope to deliver the definitive antihero you deserve.’

Dwayne dramatically concluded: ‘The hierarchy of power in the DC UNIVERSE is about to change.’

The former wrestler added the hashtags ‘#finalweekofproduction, #maninblack and #blackadam’.

Black Adam, which is set for release in 2022, is a spin-off from Shazam!

The plot focuses on the film’s anti-hero, played by The Rock.

While the plot is being kept under wraps, joining him on the cast will be Pierce Brosnan, Noah Centineo, Aldis Hodge and Sarah Shahi.

Dwayne began filming for the hotly anticipated project back in April and hasn’t been shy in showing off his gruelling diet and fitness regime.

In one video, he gave fans a glimpse of all foods he consumes for breakfast to ensure his ‘conditioning comes in on point’.

He revealed a plate of whole eggs, egg whites and beef tenderloin.

Dwayne also panned his camera to a bowl of oatmeal with blueberries and gluten-free English muffins with smart butter, Stevia, and cinnamon for added sweetness.

Speaking previously at the DC FanDome panel following his appointment for the role, Dwayne excitedly said: ‘We’re going to go beyond your wildest expectations.

‘Your expectations are high, so are mine.’