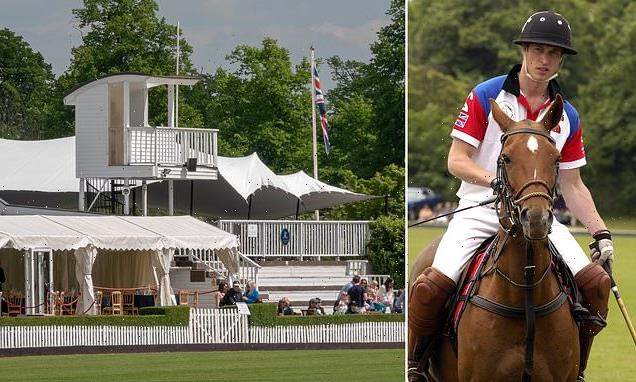 EDEN CONFIDENTIAL: London’s last polo ground where Princes William and Harry have both played chukkas is branded ‘gross’ for digging up its plastic exercise track and leaving the polluting material heaped up in the soil

The divots are flying at London’s last remaining polo ground, where Princes William and Harry and Elle ‘the Body’ Macpherson have all played chukkas — and it’s nothing to do with the royal sport.

Ham Polo Club is at the centre of a toxic row with its well-heeled neighbours, including Lady Annabel Goldsmith, the socialite who inspired the name of Annabel’s nightclub in Mayfair.

Her son Ben Goldsmith, who is a Government adviser on the environment, has branded the club ‘gross’ for digging up its plastic exercise track and leaving the polluting material heaped up in the soil. 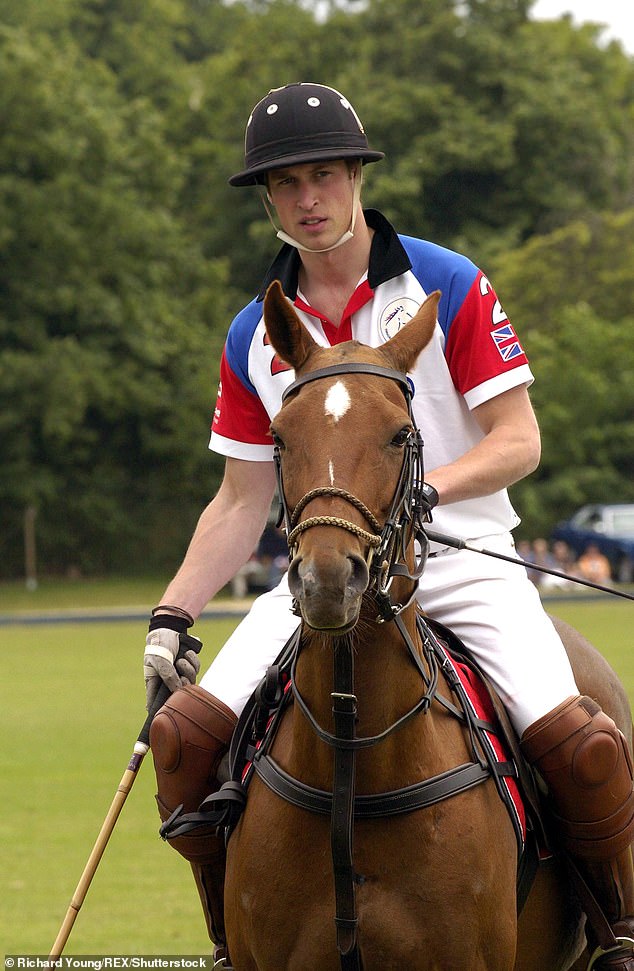 The materials have been used to create an ‘eyesore’ mound — covered in grass — that the club says will be used to allow better viewing of polo matches.

But while the Government is committed to ‘levelling up’, Goldsmith wants to flatten the mound.

‘It’s pretty gross of the polo club to do this,’ Goldsmith tells me. ‘Why can’t they dispose of all their plastic waste properly?’

Goldsmith, who’s usually more interested in rewilding his estate in Somerset, adds: ‘Over time, a toxic brew of chemicals will leach from the plastics into the surrounding soil and water. It’s so unnecessary.’ 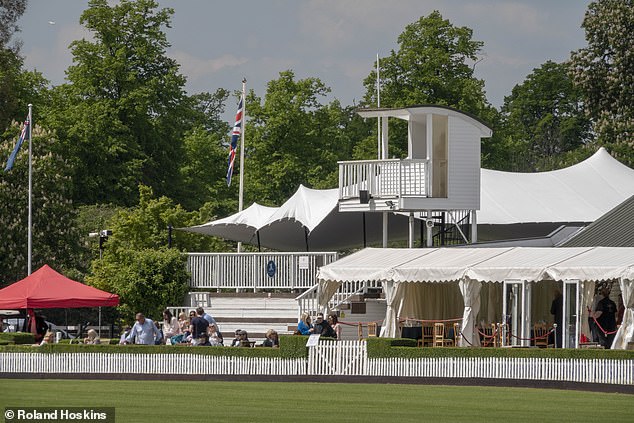 The financier grew up with his environment minister brother, Lord Goldsmith, and film producer sister Jemima Goldsmith, at the grand Georgian mansion Ormeley Lodge near Ham Common, where his mother still lives.

The site is in a conservation area and part of the protected ‘Arcadian Thames’ view from Richmond Hill and Ham House.

Other locals, including former groundsman Charlie Ham, have condemned the move, as the Thames is nearby, as well as a plethora of suburban wildlife. Charlie explained: ‘I oppose the dumping of hazardous waste of the old track in a London conservation area. I know the trench along the side of the mound leads down to the River Thames and it will damage surrounding wildlife.’

His hits include Every Breath You Take, but now Sting is more interested in every slice you bake: The Police singer has set himself up as a pizza restaurant boss.

He and his film producer wife, Trudie Styler, have opened a pizzeria and wine shop on his Tuscan estate in Italy. ‘Come and join the gang down at the new Il Palagio pizzeria and wine bar, where you can get fabulous pizza, try all our wines and even some local Tuscan craft beer,’ he says.

The restaurant is in a courtyard of the 16th-century mansion the couple bought in 1997 and is surrounded by vines which the rocker uses to produce his own wines, including one called Message In A Bottle.

At the weekend, the Dutch supermodel got married again, six years after her divorce from the Britain’s Got Talent judge — and her second wedding was a less glitzy affair. Stone, 37, tied the knot with property developer David Grievson, 40, at the town hall in Hungerford, Berkshire. ‘I got to marry my love,’ gushes the Calvin Klein model, who wore traditional white.

She and Grievson — who live in North London — became engaged in February last year, two years after meeting on hook-up app Tinder.

Her father, the Welsh gardener Sir Roddy Llewellyn, was known as Princess Margaret’s ‘toyboy’ when he enjoyed a passionate affair with the Queen’s sister. And now Alexandra Llewellyn is gambling on naked women. She’s making a name for herself as a designer of bespoke board games, with Sir Richard Branson and model Jacquetta Wheeler among her customers. Her backgammon board featuring 12 images of nude women is a best-seller, at £5,200. ‘Lockdown was good for business,’ she tells me. ‘Everyone was stuck at home so had time to play games.’ 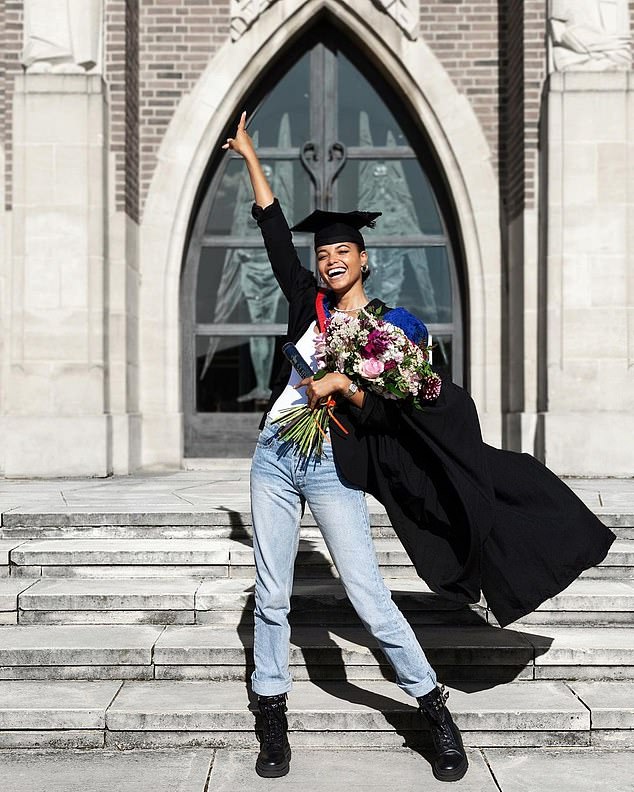 While some students combine bar work or waitressing with their lectures, Ella Balinska has managed to achieve success in Hollywood.

Sir Cliff Richard has dabbled in disco, gospel and rock ’n’roll, but now a reggae track could be on the cards. The singer has been recording tracks at the Barbados studios owned by Eddy Grant, the reggae legend who topped the charts with I Don’t Wanna Dance. ‘Sir Cliff is one of the most professional artists I have seen here at Blue Wave,’ Grant enthuses. ‘He is truly one of the greats. A duet with Sir Cliff? It’s possible, I know he’s not afraid of anything.’

Bridgerton star Nicola Coughlan caused an unexpected drama when she disappeared during an interview via Zoom. The actress, 34, popped off screen to collect a parcel and while she was signing for it, her front door slammed shut behind her.

She eventually managed to resume the interview after retrieving a house key from a neighbour. 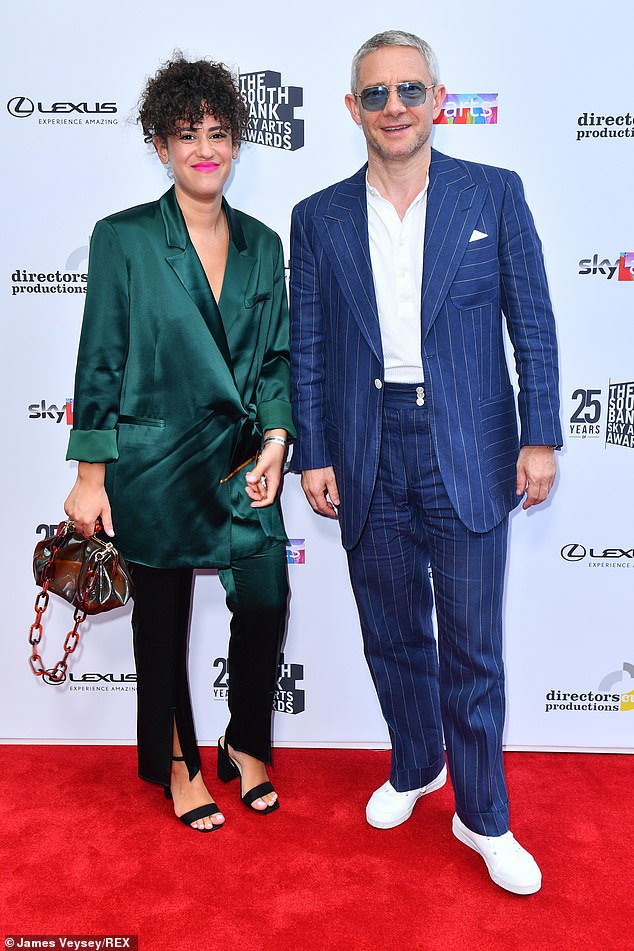 She’s his first serious girlfriend since he split up in 2016 from actress Amanda Abbington, 47, with whom he has two children

The Hobbit star Martin Freeman marked so-called ‘Freedom Day’ by making his red-carpet debut with his French girlfriend, Rachel Mariam, who is 20 years his junior.

The actress, 29, who started going out with Freeman during lockdown, joined him at the South Bank Sky Arts Awards at London’s Savoy hotel.

She’s his first serious girlfriend since he split up in 2016 from actress Amanda Abbington, 47, with whom he has two children.

She might be expected to sing lullabies to her three-month-old son, but pop star Ellie Goulding relies on classical music to send Arthur to sleep.

‘I now understand why there are playlists called Classic Music For Babies — it must have some kind of effect on the nervous system.

Becoming a ‘Sir’ is literally a box-ticking exercise, reveals actor Derek Jacobi. ‘I was sent a letter saying I was being considered for a knighthood, and would I like one?’ discloses the Last Tango In Halifax star. ‘There is a little box to tick “yes”, and a little box to tick “no”. I wonder who ticks “no”?’