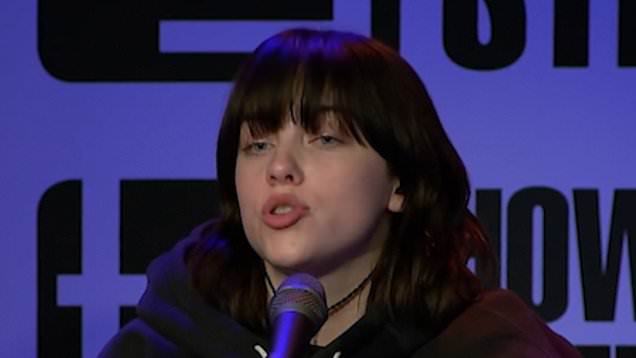 She recalled how the first few times she had sex, she found herself ‘not saying no to things that were not good’.

‘It was because I thought that’s what I was supposed to be attracted to,’ she said.

Billie also believes the adult content was responsible for her experiencing sleep paralysis and nightmares.

Randy went on: ‘If your brain is still growing and you have very little life experience as an adult and you’re trying to digest that and make sense of that, I could see exactly how she could feel that way.’

Adding the singer had ‘a lot of guts’ for sharing such thoughts, he said: ‘I applaud her for it. Maybe it will do some good, somewhere down the line.’

Elsewhere in her chat with Howard Stern, Billie went on to condemn the insecurities and body image issues pornography can contribute to through its unrealistic portrayals of the female body.