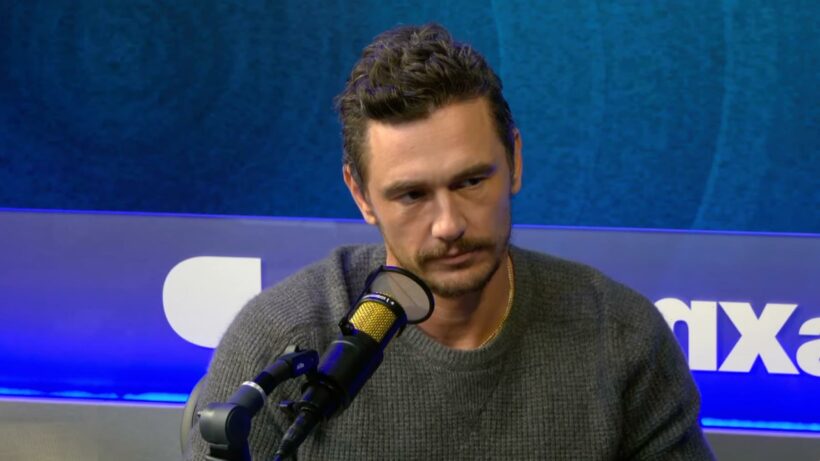 James Franco admitted to sleeping with some of the students he taught in acting classes and addressed the sexual misconduct allegations leveled against him almost four years ago for the first time in a new interview on The Jess Cagle Show.

“There were people that were upset with me and I needed to listen,” Franco told Cagle, adding: “The natural human instinct is to just make it stop. You just want to get out in front of it and whatever you have to do, apologize, get it done. But what that doesn’t do is allow you to do the work, and to look at what was underneath… There’s probably an iceberg underneath — of behavior, of patterning, of just being blind to yourself that isn’t gonna just be solved overnight. So I’ve just been doing a lot of work.”

Back in 2018, five women accused Franco of “inappropriate or sexually exploitative” behavior, primarily when he was an acting teacher at Playhouse West and the now-closed film school he founded, Studio 4. The following year, two former Studio 4 students, Sarah Tither-Kaplan and Toni Gaall, sued Franco, alleging he sexually exploited them; a settlement was reached in February 2021 and it was later reported that Franco would pay $2,235,000 to those involved in the class-action suit.

A lawyer for Tither-Kaplan and Gaall did not immediately return Rolling Stone‘s request for comment, but the pair previously accused Franco and his business partners of “engag[ing] in widespread inappropriate and sexually charged behavior towards female students by sexualizing their power as a teacher and an employer by dangling the opportunity for roles in their projects,” according to the suit.

Tither-Kaplan tweeted Wednesday, seemingly addressing Franco’s interview: “Apologies are meaningless until active steps towards harm reduction are taken and directed towards survivors specifically. General statements of ‘sorry’ or ‘I was wrong’ or ‘I love women’ etc. do nothing to actually help those who have been harmed. … Platforming abusers while excluding survivors causes even further harm. Survivor blacklisting is still a very real problem.”

In the new interview, Franco claimed he did not sleep with any students that took a controversial “Sex Scenes” course at Studio 4 that was outlined in the aforementioned lawsuit. In the suit, he was accused of making prospective students enroll in said class and film videotaped auditions with the understanding that Franco would remain in possession of the tapes; the students also had to sign away their rights to the recordings.

“Over the course of my teaching, I did sleep with students and that was wrong,” Franco said. “It’s not why I started the school, and I wasn’t the person that selected the people to be in the class, so it wasn’t a master plan on my part. But, yes, there were certain instances where, you know what, I was in a consensual thing with a student and I shouldn’t have been.”

When asked about the power imbalance in a relationship between not just a teacher, but a famous actor, and a student, Franco said, “I suppose at the time, my thinking was, if it’s consensual, OK. Of course, I knew, you know, talking to other people, other teachers or whatever, like, yeah, it’s probably not a cool thing. At the time I was not clearheaded, as I’ve said. So, I guess it just comes down to my criteria was like, if this is consensual, like, I think it’s cool. We’re all adults, so…”

Franco also claimed he was blind to obvious power imbalances while discussing his struggles with sex addiction and inability to stay faithful to former partners. Franco said that while a sponsor had told him being unfaithful was not good for his sobriety, if he wasn’t dating anyone, whatever happened between two consenting adults was fine.

“The problem was,” Franco said, “I took that and I ran with it and used it as an excuse to just hook up all over the place. And it was like, well, we’re being honest here, right? And, like you said, completely blind to power dynamics or anything like that. But also completely blind to peoples’ feelings… The behavior spun out to a point where it was like, I was hurting everybody.”

Elsewhere, Franco addressed his relationship with Seth Rogen, his longtime friend and collaborator. Back in May, Rogen said he hadn’t worked with Franco in several years and did not have any plans to in the future. “What he said is true,” Franco said, “we aren’t working together right now and we don’t have any plans to work together.”