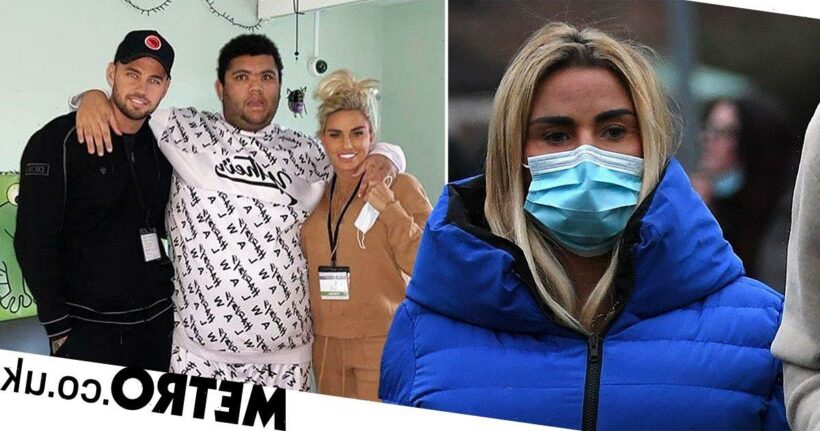 Katie Price is preparing for Christmas with her family after she narrowly avoided going to jail for a drink driving incident earlier this year.

The reality star, 43, has collected her eldest child, 19-year-old Harvey, and brought him home for the festive period.

Harvey, who is partially blind and on the autistic spectrum, recently moved into a residential college in Cheltenham where he is learning ‘independence skills’ including how to do his own laundry.

Katie took to Instagram where she shared a photograph of herself and fiancé Carl Woods standing side-by-side with Harvey in his college room, writing: ‘Just picked up Mr Price!💖 Can’t wait for Christmas’.

She also put up a video on Instagram Stories of herself and Harvey in the car, with the mum-of-five asking if he was excited for the festive season, to which he shouted: ‘Yeah!’

‘Who have I got in the back of the car?’ she asked, as Harvey waved to the camera.

Now the teenager is back home with his mum and siblings as the glamour model continues the preparations for a Christmas she very nearly spent in jail.

On December 15, Katie avoided a prison sentence for her drink driving crash, and instead was handed a suspended sentence despite the judge saying she ‘deserves to spend Christmas behind bars’.

Judge Amanda Kelly handed down a 16-week sentence suspended for 12 months, as well as a two-year driving ban, with Katie swerving jail as she had complied with the requirements of the court including attending rehab and not committing further offences.

Katie later issued a grovelling apology for driving under the influence, saying she is ‘sincerely grateful nobody was hurt’ by her actions and promising she would spend time to work on her mental health. 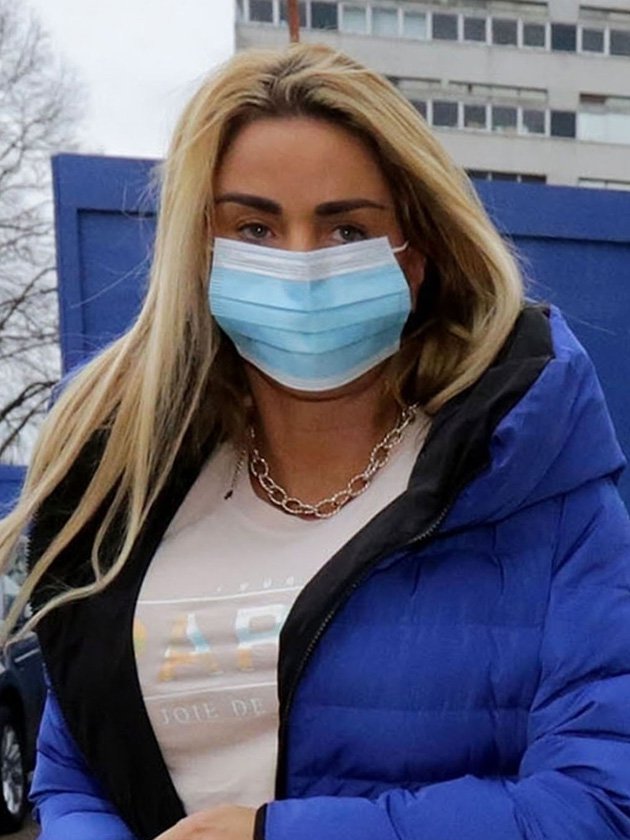 However, while Christmas is going ahead as planned for the family, Katie is reportedly changing some of her other upcoming festive events.

The Sun reports that Katie has cancelled her planned New Year’s trip to Las Vegas with fiancé Carl and friend Cami Li, over fears she will be turned away at the border.

A source allegedly told the outlet that the couple had planned to party in Vegas for the new year but as now ‘ditched the idea because she’s worried the court case was too high profile and it might stop her getting into the US’.

‘She doesn’t want to fly all the way there only to be turned back. She’s making other plans and wants to spend as much time with her kids as she can.’

Katie and Carl had enjoyed a Vegas holiday in November, with many speculating the pair would tie the knot while they were there.

(These rumours were not helped by the couple visiting chapels and securing a marriage licence.)

However, they returned, unmarried, after a short holiday.

Metro.co.uk has reached out to reps for Katie Price for comment.