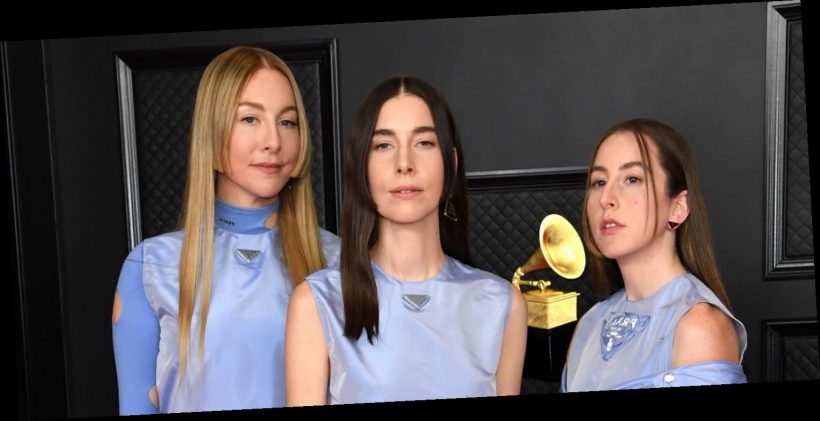 The Haim sisters pose together on the red carpet at the 2021 Grammy Awards on Sunday (March 14) in downtown Los Angeles.

Este Haim, Alana Haim, and Danielle Haim all coordinated in blue outfits as they arrived at the event.

During the show, Haim took to the stage to give the third performance of the night, singing their song “The Steps.”

You can check out all of the other artists who will be performing during the show here.

Haim is nominated for two awards tonight, including Album of the Year for Women in Music Pt. III.

The 2021 Grammys are airing RIGHT NOW on CBS with host Trevor Noah – here’s how you can stream the show online!

FYI: The Haim sisters are all wearing custom Prada outfits.

10+ pictures inside of Haim at the awards show…