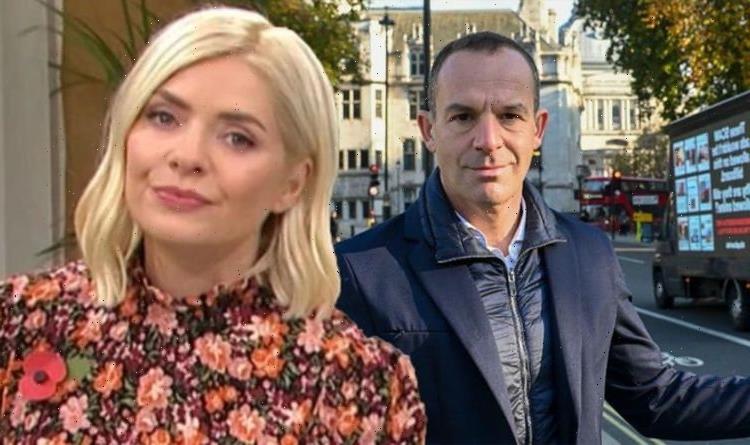 Holly Willoughby, 40, has been off work for four days after falling sick with a stomach bug, however, it has not stopped her throwing support behind her good friend Martin Lewis today. The This Morning host shared a letter the Money Saving Expert founder had written to Prime Minister Boris Johnson, urging him to stop online scammers from selling “fraudulent financial schemes”.

Alongside the letter shared by Holly on her Instagram, she typed: “Thank you @martinlewismse for spearheading this campaign.

“The signees of this letter have all had our names and faces used by scammers in online advertising, often thousands of times, luring victims into fraudulent financial schemes or ‘selling’ fake health cures.

“This has to stop… we are asking @borisjohnsonuk to regulate online scam ads in the online safety bill #StopScamAds.”

In response, fans praised Martin and Holly for taking action against scam adverts.

beautywillsxx typed: “Can’t believe things like this happen, hopefully, it will get sorted but well done for standing up.”

tina_ann_78 I was a scammed a few weeks ago, I truly believe it was a legit company, looked into it and everything.

“I got pretty ill from what happened but I’m getting there and have had to explain the situation to my boys that Xmas will be on hold, they totally understand. please be very careful people, these people are so clever.”

Josie Gibson has stepped in for Holly this week on This Morning alongside Phillip Schofield – and has won rave reviews.

Presenter Phil opened the show on Tuesday alongside regular competition host Josie, with the pair both looking confused as Holly was nowhere to be seen.

The host began alongside Josie: “This is a bit of a first! I don’t know, about an hour ago you were on your way to do our live competitions in Surrey.”

He quickly explained how Josie was driven back to the studio after Holly wasn’t unable to complete her slot for the programme.

DONT MISS:
Lorraine Kelly suffers sleepless nights due to fears over ITV show (PHOTOS)
Andrew Marr keen to ‘get voice back’ as he quits BBC after 21 years (NEWS)
Great British Bake Off star details long days in the tent (LATEST)

Earlier this year, it was claimed that Holly had been locked in secret crisis talks with ITV about her future on the show.

Phil said: “Holly is not here today because she’s got a tummy bug, nothing more than that.”

Josie added of being called in to present: “I couldn’t believe it, how surreal! I’ve grown up watching the show and I’m sitting behind you!”

Holly also reportedly remains at war with her former management company who are demanding an estimated £200,000 a year of the star’s new ITV daytime deal.

A source claimed to The Sun “She loves This Morning, and really doesn’t want to leave. She is committed to the show, but has been given no choice but to discuss her options moving forwards.

“She wants to stand up for women, and won’t roll over when it comes to unfair renegotiations.

“She has spoken to ITV execs and explained the situation – in essence, she said she’d rather leave the show than let YMU take such a high percentage of her earnings, when they aren’t entitled to it.

“Obviously she adores Phillip, and ITV don’t want her going anywhere, so they’re pulling out all the stops to make sure this gets resolved as amicably as possible.”