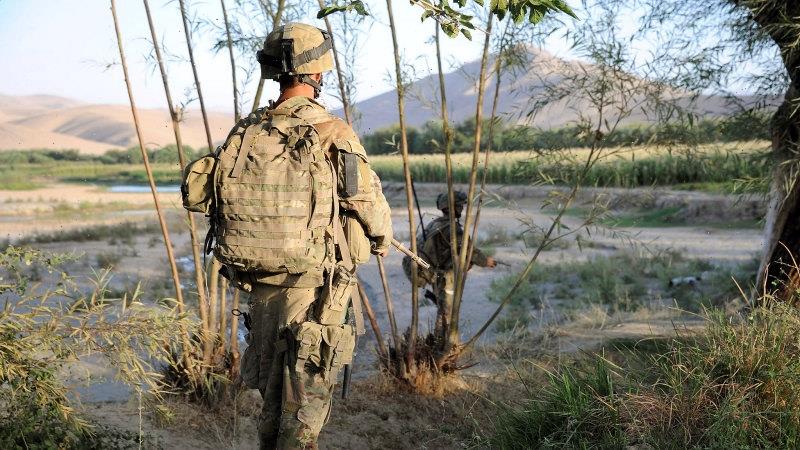 More than 30 years have passed, but Robert Richter, QC, still remembers the 1989 phone call. A hunt was underway for Nazi war criminals who had fled to Australia and the nation’s most senior prosecutor, Mark Weinberg, QC, wanted Richter’s help to bring the men to justice.

But it was not just the extraordinary assignment that Richter recalls. 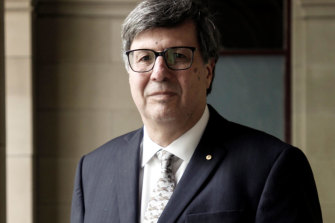 Both he and Weinberg were Jews whose families had fled the Holocaust and Richter was worried they might face antisemitic attacks from suspects or other vested interests claiming the pair were motivated by something other than strict adherence to the law.

“Weinberg didn’t flinch,” Richter recalls. “He said to me, ‘If a proper case exists, I will prosecute it. Whether we are Jews has absolutely nothing to do with the law.’”

For Richter, it was an insight into a man who would devote his life to public duty and be singularly unswayed by anything else — not the fear of losing a case, the fear of being smeared and certainly not media or political pressure.

It’s these qualities that partly explain why Weinberg has been given the toughest investigative job in Australia. A year ago, Prime Minister Scott Morison created the Office of the Special Investigator (OSI), an agency staffed with homicide detectives and lawyers. Its job is to investigate credible information unearthed by a probe known as the Brereton Inquiry, conducted by the Australian military Inspector-General, that alleged a dozen or so Australian special forces soldiers executed up to 39 Afghan prisoners and civilians during the nation’s longest war.

A short time after the report was published Weinberg, a former Commonwealth Director of Public Prosecutions and a judge in the Federal Court and Victorian Court of Appeal, was appointed to head the OSI and named Special Investigator.

“He is the best criminal defence appeal judge in Australia,” says Charles, recalling how Weinberg used his legal expertise to defeat multiple efforts to thwart the Murphy inquiry. “You couldn’t find a man better suited in Australia to lead the OSI.”

Observers say Weinberg will need every ounce of his legal acuity if the OSI is to successfully investigate and indict Australian special forces soldiers. The legal minefield surrounding the OSI has been highlighted by revelations that the transfer of information from the Brereton Inquiry to the Australian Federal Police in 2018 may have compromised the police’s ability to prosecute a former SAS suspect. The problem is caused by laws that ban certain information uncovered by Justice Paul Brereton being used in future investigations. 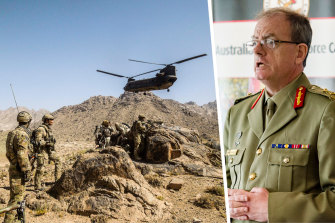 Four officials who are close observers of Australia’s long-running war crimes scandal and who have dealt with the OSI stress that even Weinberg’s legal ability, integrity and resolve may not be enough to ensure complete success. Some cases will get up, but others will collapse due to legal impediments.

Chasing Nazis is one thing, say these observers. Hunting those who have worn the famed sandy beret of Australia’s most elite fighting regiment, the SASR, in on another level.

This fact is at the heart of the fierce and, in some cases, well-funded media, political and legal campaign eminating from the quarters of some of Weinberg’s likely targets. The campaign is counting on Weinberg’s failure as well as the support of a sizeable chunk of the public who don’t brook the idea of diggers being probed, regardless of the fact that the ex-judge isn’t investigating any ‘fog of war’ killings but rather the cold-blooded executions of bound and defenceless Afghans.

The perils of infection

Among the alleged war crimes allegations Weinberg must investigate is what the Assistant Inspector-General, Justice Paul Brereton, described in the release of his final war crimes inquiry report last November as possibly the worst episode in Australian defence history. Earlier this year, this masthead cast more light on what those allegations involved.

Multiple official sources confirmed to The Age and The Sydney Morning Herald that a special forces patrol team stands accused of executing multiple defenceless prisoners and civilians during a single months-long deployment to Afghanistan. A defence source confidentially briefed on the patrol team’s activities said it had been described to him as a “kill squad”.

The Brereton Inquiry’s report provides no clues as to the identity of the patrol or when it served in Afghanistan, and Brereton has issued a suppression order barring the airing of the names of its members or other accused persons.

Weinberg’s ability to investigate what Brereton uncovered, though, is not merely a matter of getting Brereton’s tape-recorded interviews with SAS soldiers who confessed to crimes or blew the whistle on colleagues. 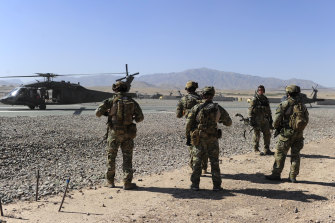 SAS soldiers on duty in Afghanistan move towards a waiting UH-60 Blackhawk helicopter.

Every soldier who appeared before Brereton was told that any information they provided him under a compulsory questioning summons could be passed to authorities, with one crucial exemption: nothing a person disclosed could be used in any way to prosecute or even investigate that same person.

Charles says this prohibition was designed to counter the loss of the fundamental right to silence the soldiers experienced when they were forced to answer questions on oath before Brereton, who like Weinberg is a senior appeals court judge known for his legal acumen and inner resolve.

The protection is known as a “derivative use immunity” because it also stops investigators from generating leads if those leads are in any way informed by a prior disclosure made to Brereton by a soldier turned suspect. The laws create a minefield for investigators from the OSI, as it may not be readily apparent that a piece of information is tainted.

This reality has recently and dramatically dawned on the AFP, which is separately conducting war crimes investigations into matters referred to it by Brereton in 2018, almost three years before the creation of Weinberg’s OSI. This masthead has confirmed that AFP investigators may have unwittingly obtained Brereton Inquiry information that may have been subtly infected by the disclosures of a war crimes suspect.

But even a mild infection can be deadly. As revealed today, aspects of a three-year investigation by the AFP into a war crimes suspect may be fatally compromised, despite all investigative parties acting in good faith.

The ‘get out of jail’ card

Weinberg is not only alive to this danger, but — according to testimony of an OSI official before a recent parliamentary hearing and those dealing with Weinberg — he applies an obsessive level of attention to avoiding contamination of his agency’s probes. It’s been almost a year since Weinberg was appointed and much of this time has been devoted to quarantining any information that could be problematic.

Once this task is completed, Weinberg’s war crimes investigation teams, which largely comprise state police homicide squad detectives and a select group of AFP investigators, will be dispatched around Australia to interview witnesses. 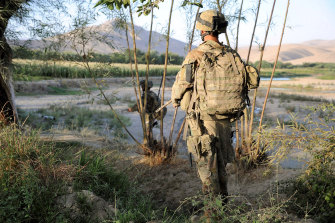 Their biggest leverage will likely be the offer of immunity to more junior soldiers who allegedly executed prisoners or civilians on the orders of their soldier superiors.

This is Weinberg’s second significant challenge. Promises of immunity from prosecution can only be decided by the Commonwealth Director of Public Prosecutions (DPP), which to date has moved at a glacial pace in deciding whether to grant key witnesses their “get out of jail” cards.

The reason for such delays are unclear, as nobody involved in the war crimes investigative process – not Brereton, the AFP, the DPP or the OSI – will speak to the media. But sources close to one war crimes witness have repeatedly expressed frustration at immunity delays.

The news for Weinberg isn’t all bad. One key war crimes suspect who allegedly carried out several executions of unarmed and, in one case, injured Afghan prisoners was never grilled by Brereton. This means he is subject to no derivative use immunity.

While avoiding interrogation may have seemed like a blessing for this former patrol sergeant during the Brereton Inquiry, it is now a far greater blessing for Weinberg. No information about him uncovered by Brereton and passed to the OSI can be said to have been infected.

There are also willing witnesses, including former SAS medic Dusty Miller, whose testimony about this ex-sergeant’s suspected execution of an Afghan civilian has been uncovered by this masthead.

That is not to say any prosecution will be easy. Miller's testimony is useful, but he didn't witness the moment of alleged execution.

Weinberg’s old friend Richter concedes the stakes are unquestionably higher than when the pair were hunting Nazis in the 1990s.

Another of the suspects in Weinberg’s sights will be war hero Ben Roberts-Smith, a man who now commands an army of lawyers and public relations operatives funded by billionaire Kerry Stokes. Stokes, a media magnate, is Roberts-Smith’s employer and biggest backer in the fight to clear his name of suspicions he executed Afghans – a fight that includes suing this masthead for defamation.

Richter laughs at the questions about whether Weinberg will worry about public or political pressure.

“If there is a reasonable prospect of conviction and it’s in the public interest, he will recommend charges,” Richter says. “And if the case isn’t strong enough, he won’t.”