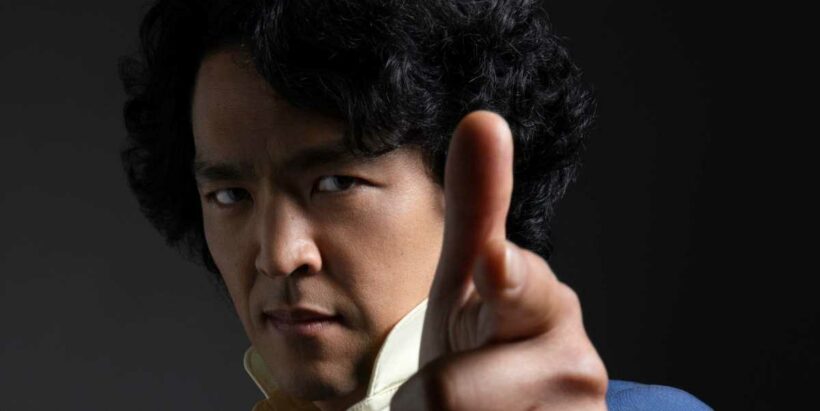 Back in 2017, when it was first announced that the Cowboy Bebop live-action series was happening, many fans asked one obvious question: Who is playing Spike Spiegel?? It took a while to find the right person, but when Netflix revealed John Cho would be taking on the role, it felt like this adaptation was in very good hands.

The actor, who has starred in almost everything under the sun, certainly knows how to bring an iconic character to life…so it’s kind of surprising when he talks about the challenges of taking on the Spike Spiegel mantle.

Cosmopolitan spoke to John Cho about playing the legendary Spike, the scariest scene from the anime that he filmed, and why the show now holds a special place in his heart.

If you haven’t tuned in to the original anime, you’re missing out on one of the greatest characters of all time. Spike Spiegel is the main protagonist in Cowboy Bebop. Known for his badass martial arts skills, his luscious set of hair, and his love for food, Spike is a bounty hunter with a troubled past thanks to his history with the Red Dragon syndicate. He’s funny, charming, and a little impulsive. In other words, he’s a little bit of everything.

“I thought, ‘This is just like a chance to do all these things that I want to do in one shot and do it in a completely unique way,'” John Cho told Cosmo about playing Spike. “The way it was pitched, he just seemed like an interesting [character]. He was playing off of all these iconic tropes and putting a really interesting individual twist on it. We were rounding a lot of bases at once and we were able to come up with something wholly unique.”

Spike’s relationships with the other members of the Bebop, Jet Black and Faye Valentine, bring out different sides of him that also made John feel like he was playing in different genres at once.

“As always, you always sort of rely on the page and you rely heavily on the other actors. Certain characters, like Faye Valentine, I felt like I was often in like a ’30s screwball comedy,” he revealed. “And then with Jet, I’d be in like a buddy-cop movie. And with Vicious, that’s obviously a high Shakespearean drama. It sort of depended on the relationships and the scenes.” 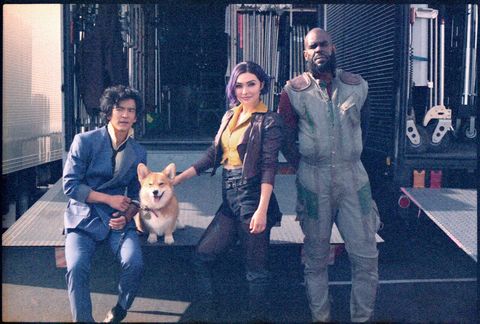 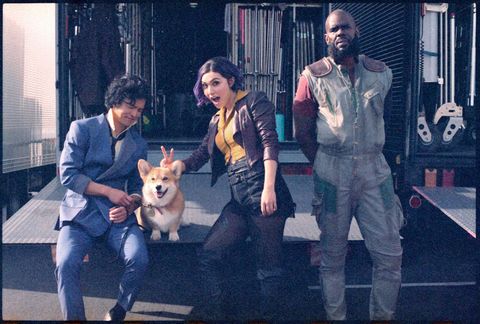 Unlike most other characters who stick to basic hand-to-hand combat and weapons (mostly guns in this series), Spike is known for his impressive martial art skills, something John had to learn to bring the character to life.

“He’s a very elegant and very cool fighter. Sometimes, I feel like he’s really detached while he’s fighting. He’s extremely skilled and obviously, I was not going to become a super expert in every area, but we did learn so many different kinds of styles. [The training] was very intense and we started in soon as I got the role,” he said. “I learned like Taekwondo and boxing, to tumbling and Wing Chun and Kung Fu. Obviously, there was also some knife fork and gun work. So I was really becoming kind of an amateur in a lot of different ways of murdering people.”

In fact, Spike’s training style is so iconic that John was nervous when it came to recreating his training sequence in episode 1.

“I had to do the sequence on the wooden dummy on the Bebop and that particular discipline is very unusual in terms of your balance and footwork, and there’s very strict angles. It’s very precise. I couldn’t use a stunt man at all in that sequence, so there was nowhere to hide. It was completely me,” John said. “And so I was particularly proud of that one. It was really interesting to learn.”

John talks about getting into character as Spike

For many actors, being offered the role of Spike Spiegel would have been an automatic yes. But for John, he immediately wanted to do his research first.

“I didn’t know what Cowboy Bebop was until I got the offer. The first call I made was to Aneesh Chaganty, who directed a film I did called Searching. He was young and cool and would know about everything. And so I called him and I said, ‘Hey, I got this thing. Apparently, it’s based on an anime. Do you know about it? It’s called Cowboy Bebop.’ And he went apeshit. He asked, ‘What character.’ And I went, ‘Let me look at the email…It’s Spike Spiegel.’ And he went, ‘You have to do it. You just have to.'” 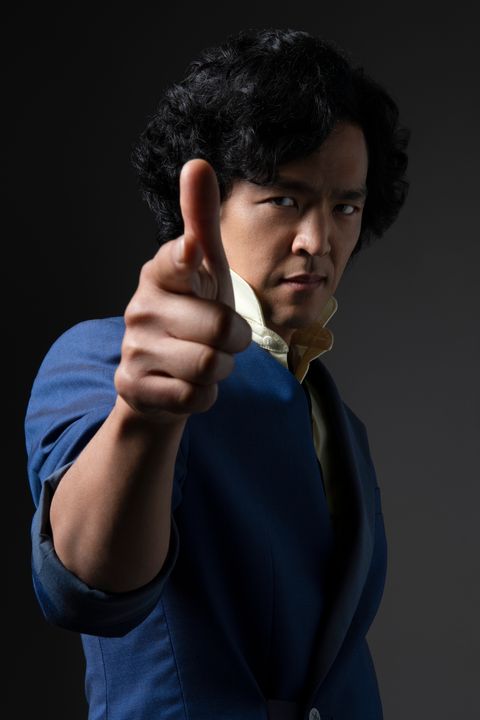 Soon, John would get right into the anime and would fall in love with it almost immediately. “I read our script first then I watched the anime. It’s completely unique. My first impression about the show was how it blended all these genres that I was interested in: western, and noir, action, and comedy. And the music was so amazing.”

Playing a beloved character comes with its perks, especially since the show has been around for 20 years and Spike’s story has been discussed, dissected, and talked about at length. But bringing him to life came with a big question: How closely would Netflix follow the anime?

“It’s always a tightrope that you’re walking on between how much you quote from the original and how far you go. You want things to be recognizably Cowboy Bebop and also you want to feel free and creative. It was really cool because, whereas you can illustrate these characters in the present and not explicate their backstory, if you have a bunch of actors [playing them], they’re are going to ask what happened,” John said. “We have to know what the whole backstory is in order to play any moment in the present. You’ve got to ask, ‘So where did he grow up? Where was he born? What’s this relationship? What happened between these two people all these years ago?’ To have that sort of explicated fully for us on screen and play those moments was really cool. It felt like a real saga of a character piece. Those are always fun to do.”

Why this is more than just a live-action adaptation

John understands fans who might be worried about Cowboy Bebop coming to life in a whole new way. After all, it’s not his first time joining a beloved world.

“People are certainly going to feel strong feelings about it. I understand it because the original was so fantastic. Obviously, I felt a lot of anxiety and pressure about taking on this project, because that’d be crazy if I didn’t. I’d be a weirdo. But I went into like Star Trek the same way,” he told Cosmo. “Our intentions are to do this in the most respectful and reverential way possible. And we can’t actually control the outcome or the reception or how the outcome is perceived. People may disagree, but people do recognize that this was made. And if we missed the mark, then we missed the mark. But our intentions are true.”

But even with all the pressures behind the show’s history, there’s one special part of it that John will take away from it no matter what. “It’s an honor to be involved in something—a piece of culture—that totally international and that came from Asia. I just feel like that’s a special mark in my career.”