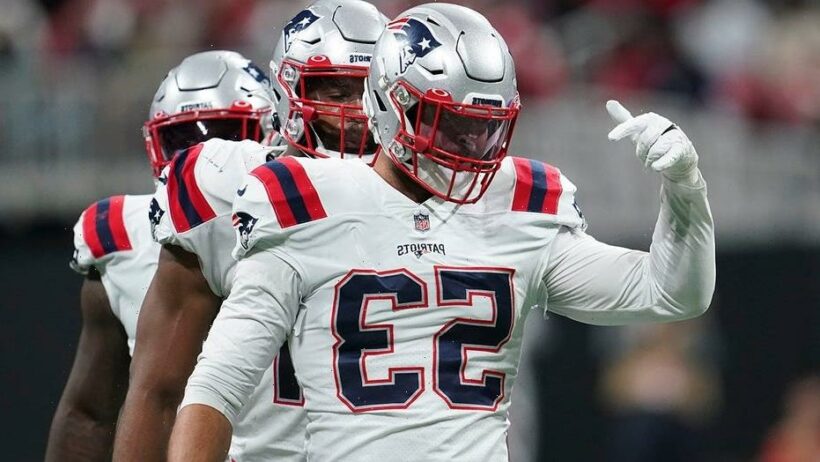 New England Patriots linebacker Kyle Van Noy said he was hit with a random drug test from the NFL a day after he and the defense helped defeat the Atlanta Falcons, 25-0.

Van Noy played a big role in the victory. 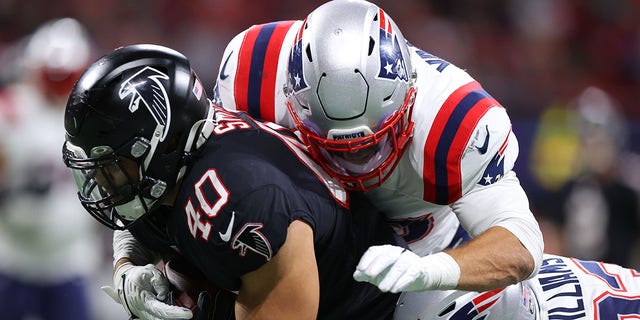 Keith Smith (40) of the Atlanta Falcons is tackled by Kyle Van Noy (53) of the New England Patriots in the third quarter at Mercedes-Benz Stadium on Nov. 18, 2021, in Atlanta, Georgia.
(Todd Kirkland/Getty Images) 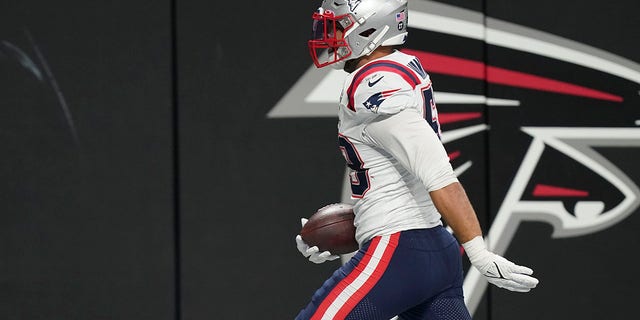 New England Patriots middle linebacker Kyle Van Noy (53) runs into the end zone after an interception for a touchdown against the Atlanta Falcons during the second half of an NFL football game, Thursday, Nov. 18, 2021, in Atlanta. The New England Patriots won 25-0.
(AP Photo/Brynn Anderson)

“Yoooo y’all won’t believe this…… I make a couple plays last night and guess what happens??? The @NFL is drug testing me today,” he wrote. “you can’t make this up!”

Van Noy rejoined the Patriots after spending the 2020 season with the Miami Dolphins. He’s in the midst of a solid season through the first 10 games he’s played.

He has 36 tackles, four sacks and a fumble recovery in addition to the interception. 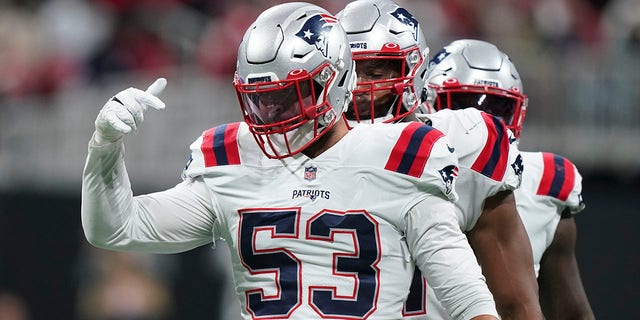 The Patriots moved to 7-4 with the win over the Falcons and have a slight advantage in the win column in the AFC East. The team could move to first place if the Buffalo Bills lose Sunday.