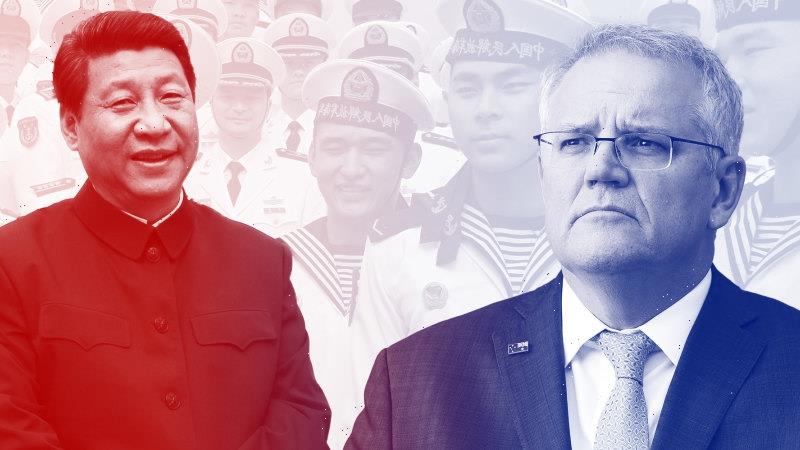 Singapore: The day after Chinese President Xi Jinping and US President Joe Biden met for three hours of the most candid talks between the two superpowers in years, the European Union quietly shelved its plans to upgrade its trade ties with Taiwan.

Brussels, suddenly aware of its position in the spotlight leading negotiations with a democratic island that Beijing claims as its own, pulled back as China and the US turned confrontation into dialogue.

Australia, which has led the charge in the Indo-Pacific against Beijing’s economic coercion, human rights abuse, national security threats and COVID-19, does not have a similar lever to pull. As the world’s two superpowers attempt to negotiate a new strategic equivalence, Australia has fired almost all the shots in its diplomatic barrel and is now left holding a round of blanks. 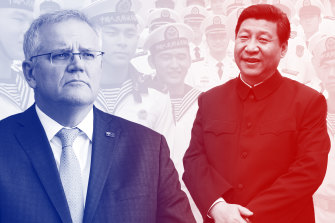 Wen-Ti Sung, a political scientist at the Australian National University who works in Taiwan, said perhaps that was always Australia’s destiny. The US needed a partner in the Indo-Pacific that was prepared to front-run on China and pull others along with it. It was not going to be Japan, which shares territorial disputes and high levels of economic integration with China, or India, which shares a land border, or South Korea, which has its own existential security threats to the north.

The next Indo-Pacific power on the list was Australia.

“In a sense, it is perhaps inevitable that Australia will be the actor who’s out in front in terms of taking a tough decision towards China,” said Sung. “That may be the price to pay in terms of consolidating our relationship with the US in terms of strengthening the overall international collective bargaining front in China. When you do that, you will incur a lot of short-term pain.”

Some of Australia’s actions, including a ban on Huawei and foreign interference laws, were taken independently of the US but in the whirlwind of the last four years, they have all become part of the same narrative. The chronology matters little to Beijing.

Long-term, argues Sung, as Australia goes 10 out of 10 in front, other countries that may have been a three out of 10, like South Korea or India, may become a five out of 10.

“That will have a positive impact beyond just the Australia-US bilateral relationship, but also on the whole global collective bargaining front on China as well.”

The principle of leading China policy in the region, however noble, asks a lot of the Australian businesses weathering $20 billion worth of trade strikes, of Chinese students enduring racial attacks and of Australians stuck in Chinese jails.

There is collateral damage to the game of geopolitical checkers now underway and Australia is suddenly exposed. 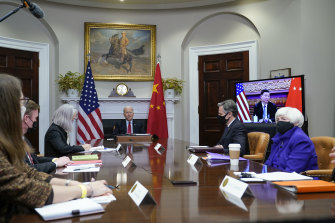 Kurt Campbell, Biden’s Indo-Pacific co-ordinator told The Sydney Morning Herald and The Age’s International Editor Peter Hartcher in March that the US was not prepared to improve its relationship with China while “a close and dear ally is being subjected to a form of economic coercion.”

By July this sentiment had been hit with a dose of realpolitik. “I’m not sure that [China] has the strategic thinking to go back to a different kind of diplomacy towards Australia right now,” Campbell said, urging Australia to “settle in for the long haul”.

The meeting between Biden and Xi covered vital ground. Most importantly the superpowers have now started a dialogue on arms control – a pathway that may lead to both sides agreeing to avoid mutual destruction. They also discussed human rights issues in Xinjiang, Tibet and Hong Kong, and agreed to maintain the status quo in Taiwan. Just two days earlier Australian Defence Minister Peter Dutton had effectively committed Australian defence forces to the democratic island.

No other country, except Japan, whose southernmost island lies just 150 kilometres from Taipei, has offered such a pledge. The US now has Australian military backing for a war it does not want.

The US would expect support from Canberra after its AUKUS nuclear submarine deal, but Biden offered little in return in Tuesday’s meeting with Xi. There was no public lobbying for relief from trade sanctions on Australian goods.

Like Dutton, Biden was focused on the optics at home.

“He was clear about the need to protect American workers and industries from the PRC’s unfair trade and economic practices,” the White House read-out said.

Wang Yiwei, a Renmin University professor of international relations and Communist Party member said just relying on the US “is not smart”.

“Australia needs to think about what its comparative advantage is in the new era of globalisation,” he said in an interview from Beijing.

“Its economy is highly connected with Asia, so putting nuclear submarines in the South China Sea to contain China is very dangerous. China-ASEAN relations benefit from mutual trust. Australia can learn from that.”

Wang said for Beijing to pick up the phone, Canberra needed to send a positive message to “make sure that China thinks Australia is now serious to want to improve our relations”.

No Australian ministers have had contact with their Chinese counterparts in more than 18 months.

What would it take?

“China needs to also do something to improve our relations with Australia. Both sides need to move closer, not just burn each other. Australia has national security concerns about China. They need to have some bilateral security dialogue or trilateral with the US and China.”

Beijing is watching the Australian election closely. The vote, which must be held by May next year, offers potential for a reset in Australia-China relations if a Labor government is elected.

“If Morrison is going to be re-elected he needs to think about the long term,” said Wang.