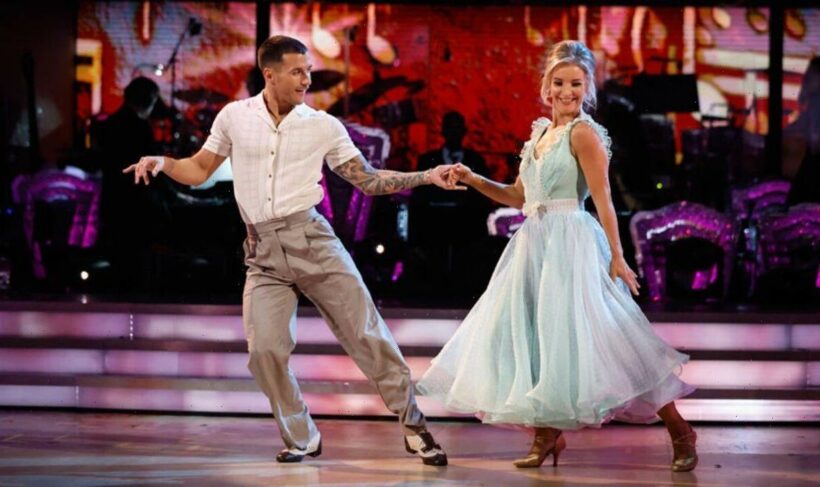 Helen Skelton on balancing Strictly training with her family life

Helen Skelton has revealed she felt “battle-hardened” when starting her Strictly Come Dancing journey and that the opportunity came at the right time for her. The 39-year-old is still in the running to win the show after impressing viewers and the judges on the dance floor in recent weeks.

The presenter has been receiving high scores for her moves with the help of professional dancer Gorka Marquez.

In her latest interview, Helen revealed she was ready for attention on the show following her split from Richie Myler.

She said: “I came into this show quite battle-hardened.

“Strictly is probably quite overwhelming for a lot of people but for me, weirdly, I was actually in the best place to be in it.

“Other people were worried about all the attention that comes with being on Strictly, or baring their souls on the telly, whereas I was ready for that.”

Helen went on to say she viewed her brain as “a muscle” which needed to be exercised to keep “her head in check”.

“So that’s what Strictly is doing for me, it really is. It’s the most brilliant, all-consuming thing to be a part of,” she added to The Sun.

The ex Blue Peter star announced her split from Richie back in April, four months after they welcomed their third baby together, daughter Elsie.

Taking to her Instagram story, she wrote: “Very sad to say that Richie and I are no longer a couple. He has left the family home.

“We will be doing our best to co parent our small children.”

Richie has since moved on with new girlfriend Stephanie Thirkill.

Moving on from the split, Helen has been able to smile again with the help of Gorka.

The dancing duo have been giving fans an insight into their fun rehearsals on social media and viewers have also been praising their partnership.

Earlier on in the series, she bravely held it together as her dance partner addressed her “difficult time” live on the show.

Standing with his arm around her, he said: “I know you might not feel that you’re beautiful or good enough, or anything, but if you don’t believe in yourself, I believe in you.

“It doesn’t matter how many times I say it or the judges say it, or anybody says it, it’s only you who is going to be the one who can make the change and the one who needs to believe in you, because you are an amazing woman, very inspirational, an amazing mum, and an incredible dancer so believe in you please.”

Seemingly taken aback by his words, Helen appeared awkward and dived behind him to hide her face from view.

Strictly Come Dancing continues tonight at 7pm on BBC One.