Queensland man Trevor Kjeldal, who had already been injured once while fighting in Ukraine, has died, according to the Department of Foreign Affairs and Trade. 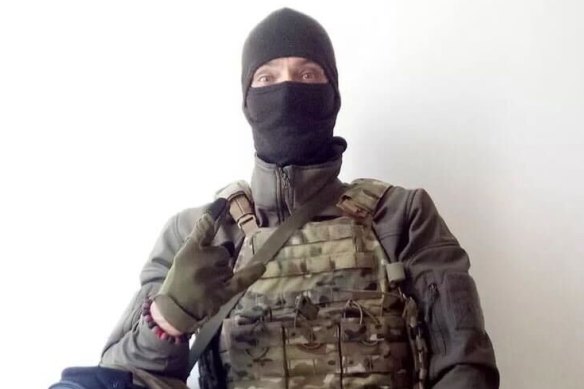 A DFAT spokesperson said that they were providing consular assistance to Kjeldal’s family.

“We send our deepest condolences to the family and request their privacy be respected during this difficult time,” the spokesperson said. “We are unable to provide further comment.”

DFAT’s ability to offer consular assistance to people who travel to Ukraine is extremely limited due to Russia’s invasion, but Kjeldal’s family thanked the department for their efforts.

“We would like to thank DFAT for their ongoing assistance in bringing him home to us,” a family spokesperson said.

“Our depth of sadness at his loss is unfathomable. Trevor was a very treasured and loved member of our family.”

In an interview with Nine News in October, Kjeldal, 40, who went by the call sign “Ninja”, said his battalion had gone in to support the Ukrainian people.

“Ukraine was in trouble and they needed people to help, so we came and helped,” he said.

The 40-year-old, who was injured in July and hospitalised near Kyiv before returning to the frontline, had said he had no immediate plans to return to Australia.

“I beat the odds once so let’s just see if I can do it again, I suppose,” Kjeldal said.

Prime Minister Anthony Albanese described the man’s death as “tragic news” at a press conference in Brisbane on Saturday.

“My condolences go to this gentleman’s family and his friends,” he said. “I remind people that the DFAT advice is that people do not travel to Ukraine. It is a dangerous place. My heart goes out to the family and friends of the gentleman involved.”