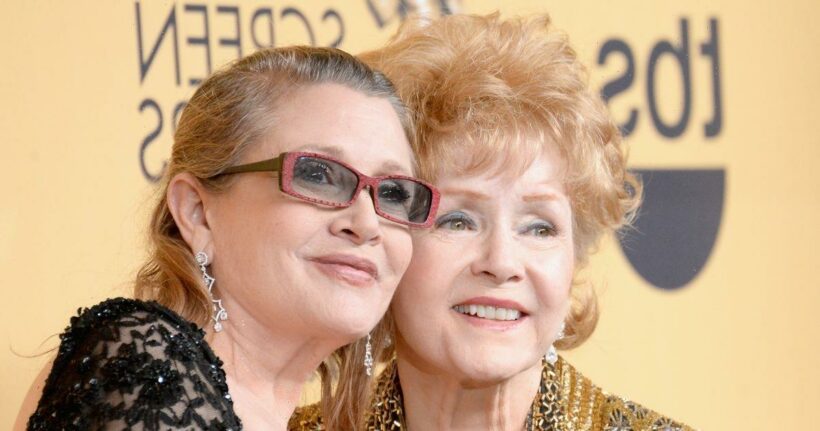 Debbie Reynolds was preparing for Christmas as usual in 2016, when her daughter, actor Carrie Fisher, suffered a devastating heart attack on a plane.

The table was set and Debbie was ready to celebrate the special day with her family, but things took a turn for the worst on the 23 December.

After being rushed to hospital when her plane landed at Los Angeles Airport, Carrie passed away on 27 December at the age of 60, leaving her family heartbroken.

The next day, Debbie herself died which her son, Todd Fisher, believes was down to the heartbreak she felt after Carrie’s death. Debbie was 84 years old at the time of her passing.

In the wake of their deaths, Debbie’s close friend Sue Cameron recalled the Singin' In The Rain actor’s final, devastating Christmas.

She toldPEOPLE: “When Carrie was flying in on the plane [from London], Debbie had already made sure the table was set. The menu, everything.

“But there was no Christmas dinner,” Sue continued. “The table just sat there.”

Sue also discussed how much Debbie loved Christmas, and explained at the time of the interview in 2019 that it felt like Debbie and Carrie had “never really gone”.

She continued: “I think in a way they’ve never left because there are constant reminders about their lives.

“It’s almost as if they’ve never really gone. Star Wars is back and Carrie’s daughter, Billie (Lourd), is becoming a star.”

Billie constantly keeps her mother and grandmother’s memories alive on social media, where she frequently shares throwback pictures of the pair.

On Christmas day 2019, Billie penned a heartwarming post alongside an old photograph of her with her mum and grandmother when she was a baby.

“Happy holidays! (But also sad/emotional/weird/stressful holidays!) Sending my love to everyone who has lost someone they loved and is missing them a little extra today. I see you,” the now-29 year old wrote.

“It’s okay if everything ain’t all merry and bright. It can be a mix of all of it. And it’s all okay. Feel all the feelings – the good and the not so good. Eat something delish they used to love. Put on one of their favorite songs.”

“Tell a story about them. Cry about them. Call one of their friends you haven’t talked to in a while. Be kind and patient with yourself. Don’t grieve in silence. You’re not alone,” Billie continued.