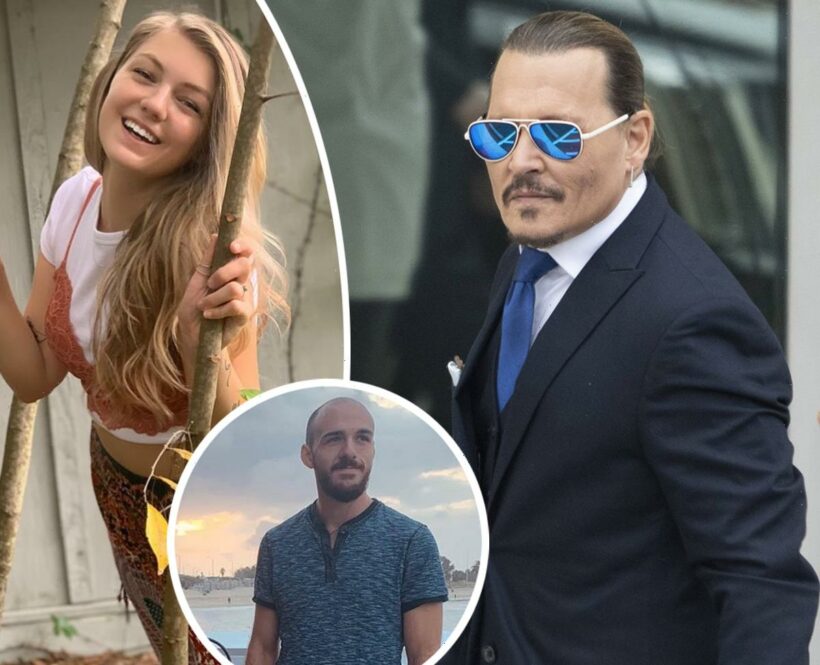 The exes’ tumultuous legal battle was brought up in the pre-trial hearing between the parents of Gabby Petito and Brian Laundrie on Wednesday. As we’ve been reporting, Joseph Petito and Nichole Schmidt filed a lawsuit in March, claiming Chris and Roberta Laundrie knew all along their 23-year-old son had killed the vlogger. And they withheld that information, causing even more undue hardship.

Chris and Roberta allegedly continued to mislead Gabby’s loved ones, even expressing their hope for her safe return in a statement despite being aware of Brian’s crime and knowing the location of the body. On top of that, they took steps to ignore her family (including going on a vacation to Fort De Soto Park) when they just wanted answers about her sudden disappearance.

Now, Gabby’s parents are seeking damages for the unimaginable pain and mental anguish they experienced while they spent days searching for their daughter. The Laundries’ attorney Steve Bertolino has continuously pushed back against the claims, previously calling them “baseless and frivolous.” He filed a motion to dismiss the suit, basically stating they felt they didn’t do anything wrong:

“The Laundries’ decision to exercise their constructional rights to silence, privacy, and counsel, and to have their attorney speak for them under such trying circumstances and media pressure, could not be further from conduct that is extreme or goes beyond all bounds of decency. It is what most people would and should do in such a situation.”

Well, the case finally made its way to the courtroom on Wednesday.

The Laundries — who didn’t bother to show up and face the Petito family — continued their defensive stance during the pre-trial hearing at the Sarasota County Court. According to Radar, Chris and Roberta’s attorney argued for them that the couple had no legal obligation to Gabby’s parents to speak about what they did or did not know during the search for the 22-year-old. However, that opinion did not sit well with the judge, who immediately interrupted and mentioned Johnny’s defamation loss against Amber:

“Aren’t we responsible for the words that we say when we say them? I mean, Johnny Depp just got found civilly liable for defamation by what his attorney said, right?”

For those who don’t know, while the 59-year-old actor won his defamation case against Amber, who was ordered to pay $10 million in damages, the Aquaman star also won one of her countersuit claims. She was awarded $2 million over his former attorney Adam Waldman‘s description of her and her friends’ actions to lie to police about her abuse.

And as we’ve seen over the past couple of months, Bertolino has not been shy about hitting back at Gabby’s parents claims. And it sounds like the judge might be implying the Laundries could be responsible for whatever their lawyer has said in the past, too! Hmm…

When the Petito family’s lawyer stepped in, he fired back that Chris and Roberta committed a “course of conduct” from the minute they found out about Gabby’s murder. He further claimed that their statement saying “we hope the search is successful” was a complete “lie,” giving both Joseph and Nichole “false hope” that their child may still be alive.

We’ll have to wait and see whether the judge will push to move forward with the case. He promised to have a written decision sometime within the next two weeks. If the family receives the green light to go forward with the case, the trial will take place in August 2023. We’ll be watching.