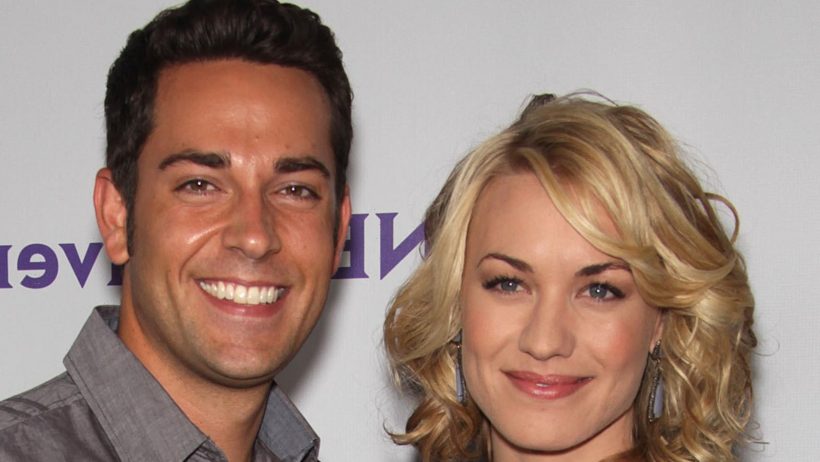 It’s been 14 years since “Chuck” premiered on NBC. The comedy/spy drama really catapulted the career of its leads Zachary Levi and Yvonne Strahovski, who also played love interests in the show (via Entertainment Weekly). Since the show ended in 2012, Strahovski has gone on to star in other TV shows like “Dexter” and “The Handmaid’s Tale” (via IMDb). While Levi has gone on to star in movies like “Tangled”, “Thor: The Dark World”, and “Shazam!” (via IMDb).

Even though the pair had an onscreen romance in “Chuck”, the two actors never actually dated in real life. Considering the two had such great chemistry on screen, fans were really hoping that was an indicator that something was also happening off screen. There were even rumors going around that the two were secretly dating, according to Live Ramp Up, but nothing was ever confirmed. And in 2017, Strahovski married actor and producer Tim Loden, and the two share a son together (via Daily Mail).

Levi said that Strahovski is one of his 'dearest friends'

Despite not dating IRL, the two have remained friends over the years and Levi even popped up in one of Strahovski’s Instagram pics back in 2015. They also attended a Los Angeles Dodgers baseball game together that same year (via E! Online). And in 2018, the two reunited onscreen when Strahovski guest starred in a few episodes of “Rapunzel’s Tangled Adventure” on Disney Channel (via E! Online). The animated series on Disney Channel followed Rapunzel and Flynn Rider/Eugene (voiced by Levi) after the events of the film “Tangled”. In the show, Strahovski voiced Eugene’s ex, Stalyan.

When it was time for Strahovski to come in and record for the episode, Levi said it “was really fun.” He even said that “Yvonne is one of my dearest friends.” Even more recently, both Levi and Strahovski reunited with the rest of their “Chuck” cast for a special table read of some of the fans’ favorite episodes for Entertainment Weekly. If you were a fan of the show and happened to miss the reunion, you can still check it out now on YouTube.