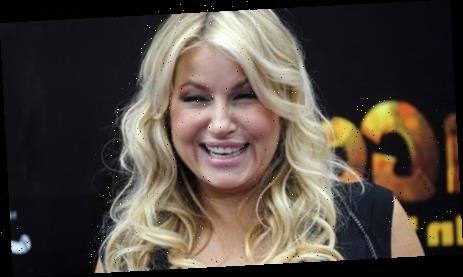 Jennifer Coolidge wasn’t going to miss an opportunity to date two men at once.

The actress, 59, told Kelly Clarkson that when she was on vacation in Hawaii many years ago she met a pair of friends and thought of an ingenious way to date them both.

“Quite a few years back, I did come to Kauai. When you come and you’re on vacation alone, you can kind of create anything you want,” the “Legally Blonde” star said Friday. on “The Kelly Clarkson Show.”

“I ended up meeting these two guys that were best friends, and I liked them both. And so, I told them that I had an identical twin. And I dated both guys — for two weeks,” Coolidge continued.

Clarkson said to her guest that the trick must have been “exhausting” to pull off.

“I don’t know if I would have the guts to do that now, but at the time it really was sort of a great decision,” Coolidge joked. “You know, when you’re younger, you can just about get away with anything.”

In January, Coolidge’s name was circulating around as a replacement for Kim Cattrall in the upcoming revival of “Sex and the City” but she told Andy Cohen she isn’t into the idea.

“You know, I was a huge, and still am, a huge ‘Sex and the City’ fan. It’s one of those shows [that] you can just watch the reruns and never get times of them,” Coolidge, 59, told Cohen on “Watch What Happens Live.”

“But I have to say, I am such a Kim Cattrall fan, and I don’t see anyone being able to replace her in that part. It was just the perfect — yeah, I don’t think you can replace her,” she added.