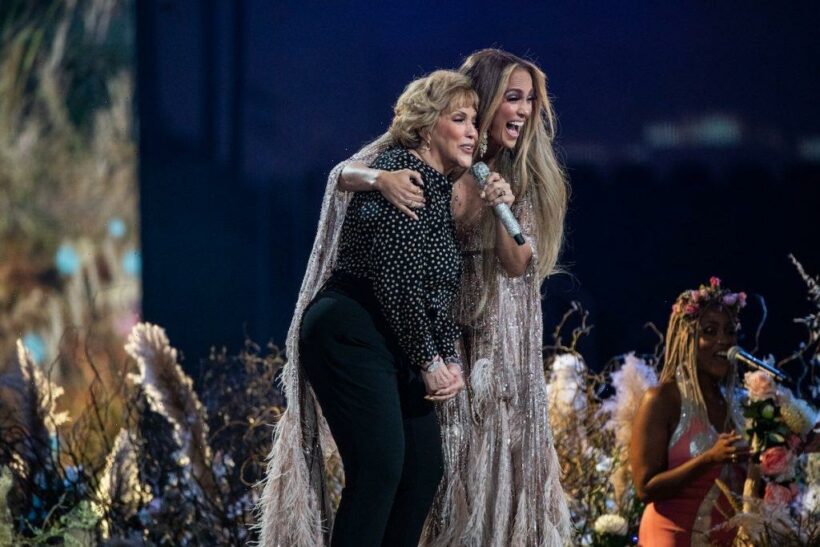 Everyone knows Jennifer Lopez makes a good paycheck every time she acts, sings, or sells her fragrances. And she always uses a portion of her earnings to give back to her fans and community. But what many fans may not know is that she’s not the only one in the family who’s earned millions.

Lopez isn’t a big gambler. But she does admit her mother is into gambling, specifically playing slot machines. In a 2015 interview with Jimmy Fallon, Lopez described the moment when she found out about her mom scoring a $2.4 million jackpot on a Wheel of Fortune slot machine at the Borgata casino in Atlantic City, New Jersey.

Although her mom started the phone conversion calm and collected — something Lopez was not used to coming from her mother — she eventually showed her excitement. J.Lo’s mom started screaming that she won and recounted the story to her daughter.

Lopez’s mother is not the only player to walk away with a millionaire after playing this particular slot machine. A woman taking her very first turn at this slot machine won more than $2.4 million in 2018 with just a $10 bet, according to AZ Central. This begs the question: What are the odds of a person winning the big jackpot?

What are the odds of winning at slots?

When you want to gamble at a casino, you want to play a game that will give you the best odds at winning, even if it is less than a million-dollar payout. For most beginning gamblers, the slot machines seem the least intimidating but may have the worst payout according to Live About.

Table games are often where people win more often. The top three table games — Blackjack, Craps, and Roulette –all have pretty good odds, paying out nearly 50% of the time.

Slots are actually one of the casino games that have the worst odds, only paying out around one in 49,000,000. But that rule doesn’t always apply, because machines that take more money to play often have better odds of winning. The key to beating the odds in slots is to know what the odds are for each game, which will be listed on every machine.

The average visitor to Las Vegas or Atlantic City isn’t the only one interested in the luck of the draw when it comes to gambling. Plenty of celebrities like to take a risk in hopes to get a big reward, reports Lottery Corner. Madonna is one celebrity who has played and won a jackpot when playing the lottery. She won $250,000 when buying tickets on a 2012 European tour.

George Clooney is also a huge lottery fan and often buys tickets. He hasn’t won but if he ever did it would go to a charitable cause, like helping victims of natural disasters. When he purchased tickets in the SuperEnaLotto in 2010, he inspired actress Elizabeth Hurley to do the same.

When rapper 50 Cent was down on his luck financially, he took a chance and purchased a Powerball lottery ticket. Although he didn’t hit the $900 million jackpot, he did match three of the five winning numbers.

Hugh Jackman buys plenty of lottery tickets too, though he tends to give them away on set as rewards for good work. He notes that this can contribute to a better work atmosphere, which can lead to happier times at work for all involved.