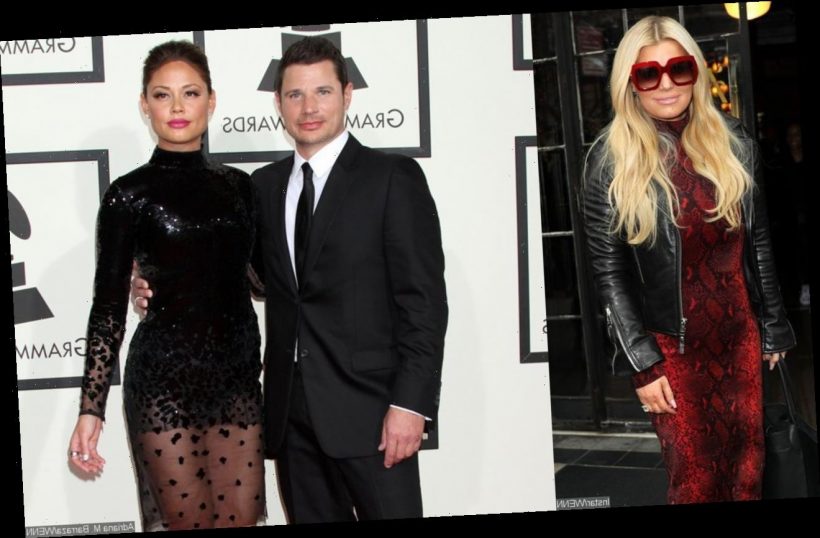 In one of her diary entries included in the new paperback edition of her 2020 memoir ‘Open Book’, the fashion designer confesses about feeling heartbroken after her ex was dating his now-wife Vanessa just months after their split.

AceShowbiz -After almost 15 years of getting divorced from Nick Lachey, Jessica Simpson has gotten candid about how she felt when the 98 Degrees member began a relationship with now-wife Vanessa Minnillo. The heartbreak she felt was laid bare in a new edition of her 2020 memoir “Open Book”.

The new paperback edition of the book features a new introduction and diary entries. In one of her handwritten entries, Jessica shared how hurt she was when learning that Nick was already moving on with Vanessa shortly after their divorce.

“So, Nick, you’re with another already? Seems that you forgot the love you spoke to me. I’m saddened beyond belief,” Jessica wrote in the excerpt obtained by Entertainment Tonight. She added, “Alone in the dark, with no one to call my own.”

In early 2020, during an interview with ET, Simpson spilled out one of the factors that led to the divorce. Jessica said, “With Nick, I was madly in love, I mean, I loved everything about the guy and I wanted to spend the rest of my life with him. I was, you know, 22 years old when we got married but I thought I knew my future and I thought he was gonna be in it forever.”

However, Jessica never regretted what had happened. In the same interview, she said she felt relieved that “Nick took heartbreak and made it into something beautiful.” She added, “I’m happy for him now. He’s married with three beautiful children. That’s what I did as well, but it took me longer to get there.”

Jessica Simpson and Nick Lachey tied the knot on October 26, 2002. Sadly, their marriage was short-lived. In December 2005, Jessica filed for divorce which was finalized in June 2006. Shortly after the legal split, Nick dated Vanessa Minnillo, whom he met during the making of his video “What’s Left of Me” in the same year. The lovebirds made it official in 2011 and have three children together.