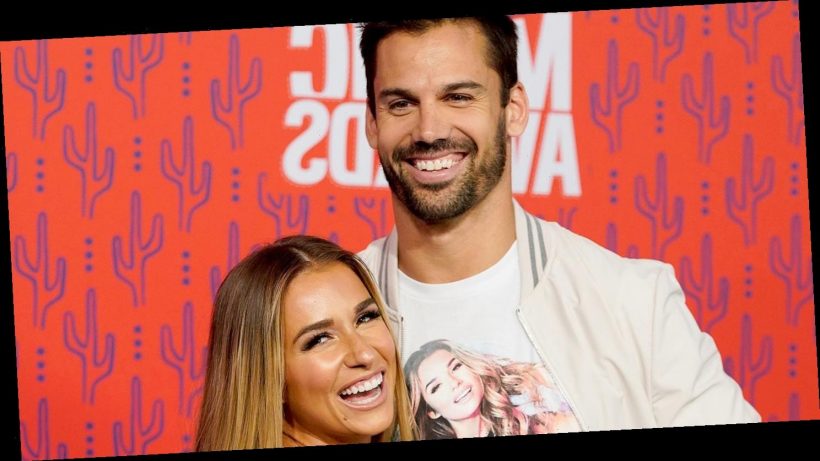 That special kind of love! Jessie James Decker and Eric Decker have a love story that’s all their own — and Us Weekly is taking a look back on the pair’s journey to happiness over the years.

The “Wanted” singer and the former NFL pro began dating in 2011 after becoming acquainted through mutual friends. “He was in Arizona training, and I got a text from my girlfriend who said, ‘I’m having dinner with this guy I’m seeing, and this other guy just showed up, and he’s stunning,’” Jessie recalled to Access Hollywood in 2013. “Show him a picture of me, and see if he’s into it.”

After Eric received her number and took the initiative to text her first, Jessie said that she set out to go about their romance differently.

The twosome eventually got engaged in 2012 and tied the knot the following year in Colorado. They went on to welcome three children together: Vivianne in 2014, Eric Jr. in 2015 and Forrest in 2018.

During an appearance on the “Motherly” podcast in 2019, the “I Look So Good” singer opened up about how becoming parents improved the duo’s marriage.

The “Lights Down Low” artist added, “And we have the same goal, which is to love them and take care of them and give them the best life we possibly can, which makes us closer and stronger.”

Eric has frequently gushed about his marriage to Jessie as well. In August 2019, the former Denver Broncos wide receiver called his wife the “perfect complement” to him.

“A lot of times, I can get more serious … and she’s so free-spirited,” he told Us at the time. “I just found that she brings kind of that enthusiasm to the house and kind of the light-hearted energy that I think is so important to just enjoy, you know, the moments that we have.”

Scroll down to see how Jessie and Eric’s romance has evolved over the years.