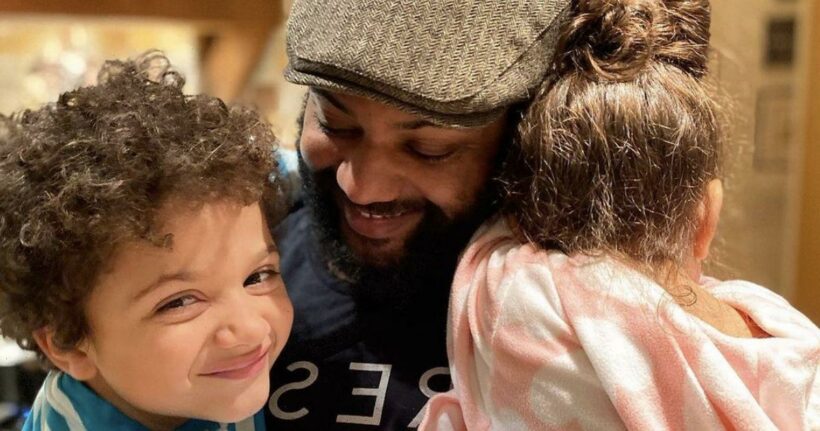 JB Gill has candidly opened up on his children’s dreams to follow in their parents' footsteps and perhaps become stars someday.

The JLS singer, 34, shares children Ace, six, and Chiara, two, with wife Chloe, who is a professional dancer.

JB, who lives on a farm with his adorable family, recently shared his pride as he posted a snap of his two adorable kiddies as they filmed for an upcoming BBC psychological thriller, Chloe.

And, as he chatted with OK! in association with Organix, proud dad JB beamed: “They are gonna be in a BBC drama called Chloe.”

The singer added that Ace has taken part in similar projects in the past but this is Chiara’s first experience.

JB added that his children see their parents doing things in the industry and want to do the same.

He told OK!: “I think they just want to emulate what we’ve done and it’s nice to be able to share that journey with them and give them that experience and opportunity and guide them through it.”

When asked if he would like them to do more TV work, JB explained that his six year old son really enjoys being in front of the camera.

“He absolutely loves it, he’s so easy to direct, he takes it in his stride. He loves working with people and meeting people and, you know, I would definitely see it as something for his future.”

But, the singer is mindful that he doesn’t want to force his children to do anything they don’t want to.

He said: “It’s not something we’ve pushed on them it’s something they’ve grown into and they’ve seen what we do as parents.

“I think if they’re gonna enjoy it and gonna love it, you can encourage it but it’s definitely isn’t something that we ultimately anticipated or that we pushed on to them. I think that’s the individual journey.”

Although their son is the natural in front of the camera, JB proudly revealed his daughter, Chiara, is the one who has passion for music and could even take after her dancer mum.

“Chiara loves music,” he said. “They both enjoy their music but Chiara, literally, she loves to sing, loves to dance. If something comes on the radio or the Just Eat advert – you know the harmonies in that song?

“Literally she hears that and she’s singing along she’s dancing along. She’s a bit like Chloe really, if she hears music it’s in her body she just can’t help but move.”

JB recently joined forces with Organix as the ambassador for their new campaign Good for the Planet. Good for Me.

Speaking of the campaign, JB revealed: “I have children of nursery age – my daughter Chiara is two. And I think, as with most parents, making sure she’s getting fed and she has her five-a-day or more and making sure she’s eating healthy is a huge challenge.

“Especially with her, I’ve got two children and I find Ace is a lot easier, he eats fruit all day whereas Chiara… I’m learning as much as [everyone else] and I’m shouting from the rooftops about this campaign because I’m hoping it will help Chiara and, of course, families and parents who find that struggle, especially at meal time and feeding their children.”

JB Gill is Ambassador for Organix new healthy eating campaign ‘Good for planet. Good for me’, that incorporates songs, games, recipes and indoor and outdoor activities to help babies, toddlers and pre-schoolers to eat a wider range of fruit and veggies…by eating the rainbow! Go here for more information.