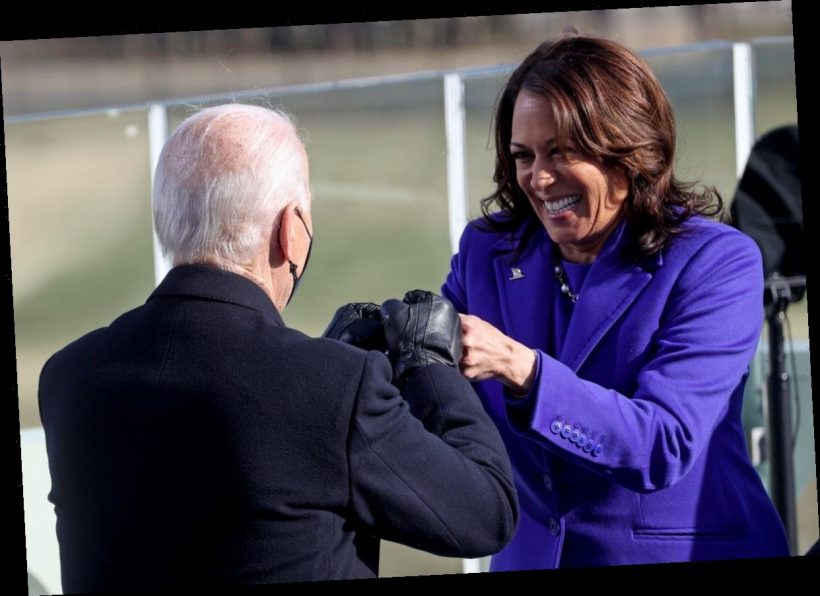 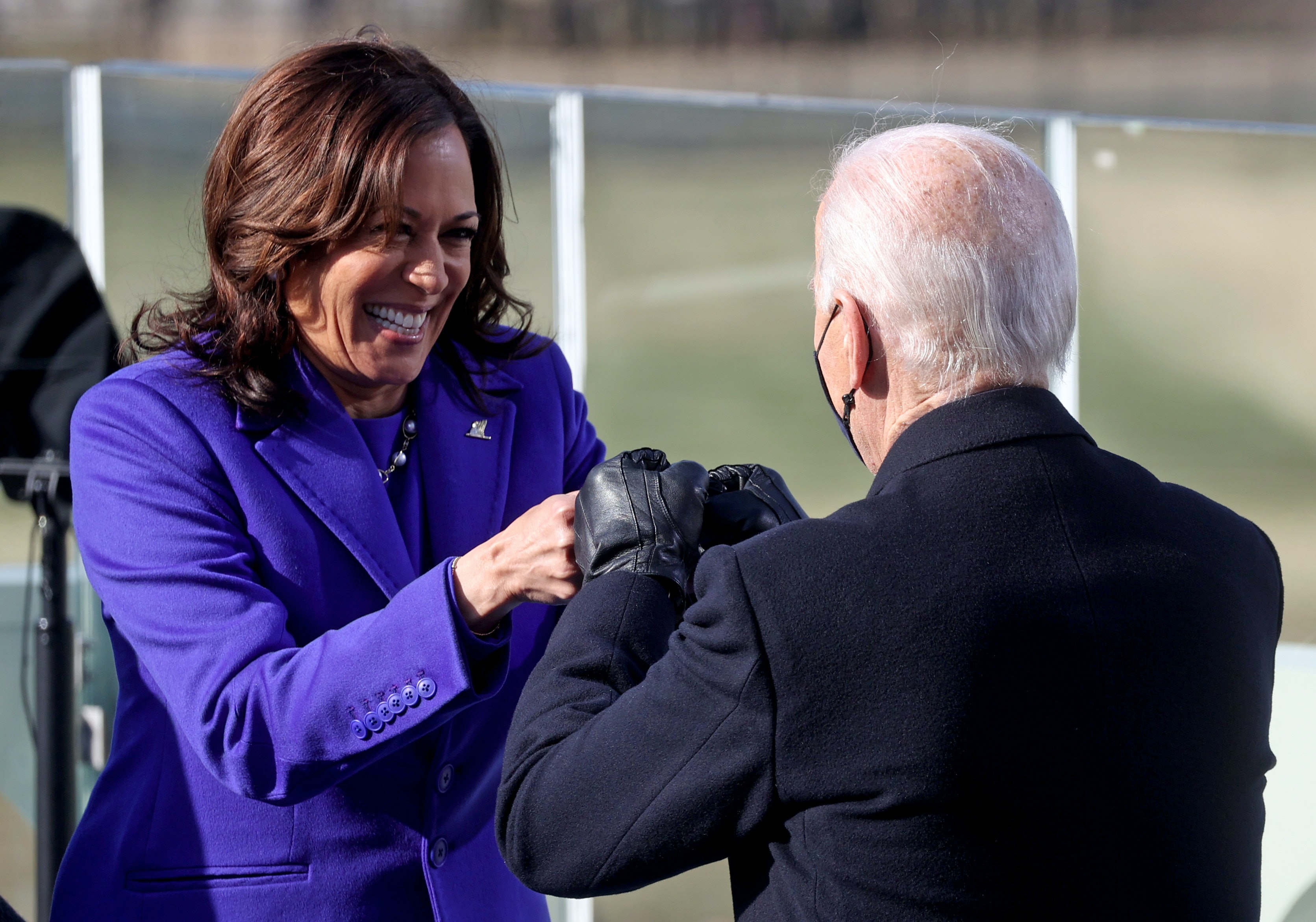 In January 2021, Vice President Kamala Harris made history as the first woman of color to be inaugurated to the second highest office in the land. But before President Joe Biden tapped her to become his running mate for the 2020 presidential election, the two actually shared a pretty extensive (although sometimes contentious) working relationship. These quotes from Joe Biden about Kamala Harris show that although they haven’t always agreed with one another, they’re good at working together.

The two have known each other for quite awhile: Before running for vice president alongside Joe Biden, Harris was friends with the current president’s son, Beau, who died of brain cancer in 2015. The two were both state attorneys general, with Harris serving as California’s attorney general, and Beau serving as Delaware’s. Since Beau’s death, it’s clear that Harris has remained close to the Biden family in general — here’s what Joe Biden has said about her over the years.

1. He supported her run for the U.S. Senate.

Although Joe Biden and Harris both served in the Senate, they were never colleagues there: Biden left his seat representing Delaware in 2009 to take the office of vice president under President Barack Obama, after serving more than 30 years. Harris, for her part, was elected to the Senate in 2017, and served four years before joining the Biden 2020 presidential ticket.

However, he supported her campaign, giving her a boost on the public state with a statement endorsing her for the U.S. Senate. "[The Senate] needs people like her — leaders who will always fight to make a difference and who never forget where they come from," Biden said of Harris in the 2016 statement. After her win, Biden, himself vice-president at the time, was the one to swear Harris in as California’s first Indian American and Black senator in 2017. During her Senate swearing in, Biden welcomed Harris (and her family) with a hug, some laughs, and a visibly cheerful expression.

2. They don’t hold back on each other, though.

However, in 2019 and 2020, the two ended up as rivals in the crowded Democratic presidential primary. Harris announced she was in the running on Jan. 21, 2019. After previously denying he would run against President Donald Trump, Biden officially announced his campaign for the presidency on April 25, 2019.

During a July 2019 debate, Harris called Biden out for working with Mississippi Sen. James Eastland and Georgia Sen. Herman Talmadge — two Southern Democrats in the ’70s who opposed civil rights and desegregation. Harris stated the U.S. senators "built their reputations and [careers] on the segregation of race in this country," and was visibly upset when speaking to Biden on stage. "I do not believe you are a racist," she added, but "it was hurtful."

Biden recalled working with the two senators, calling Talmadge "one of the meanest guys I ever knew," but stating that although they didn’t agree on much of anything, they "got things done. We got it finished."

Biden countered Harris after her call-out, and didn’t hold back: "If we want to have this campaign litigated on who supports civil rights … I’m happy to do that. I was a public defender, I didn’t become a prosecutor," Biden said, jabbing at Harris, who faced criticism during the campaign for a controversial record on criminal justice reform from her time as California’s attorney general. In politics, it seems like no matter what side of the party line you’re on, you’d better be prepared to eat your own words.

3. He respects her as a politician — and a colleague.

Harris ended her campaign in December of 2019, and Biden didn’t waste any time thinking about a potential partnership. He first suggested he would consider Harris as his running mate on Dec. 4, 2019 — the day after she ended her campaign.

"She’s solid. She could be president someday herself. She could be vice president," Biden told reporters at the time. He further hinted he’d be tapping Harris for the role in a March 15, 2020, tweet, stating that his running mate would "be a woman."

4. He’s praised her for protecting those who need it.

On Aug. 11, 2020, Biden made things official after months of speculation from the public. "I have the great honor to announce that I’ve picked @KamalaHarris — a fearless fighter for the little guy, and one of the country’s finest public servants — as my running mate," he announced via Twitter.

In his Instagram post announcing Harris as his running mate, he also mentioned Harris’ previous work alongside his son Beau. "Back when Kamala was attorney general, she worked closely with Beau. I watched as they took on the big banks, lifted up working people, and protected women and kids from abuse. I was proud then, and I’m proud now to have her as my partner in this campaign," he wrote.

Now, Biden and Harris are continuing to make history as the president and vice president of the United States. Still, for all the mutual respect they’ve shown, I have to wonder how fiery things get when they — respectfully — disagree.