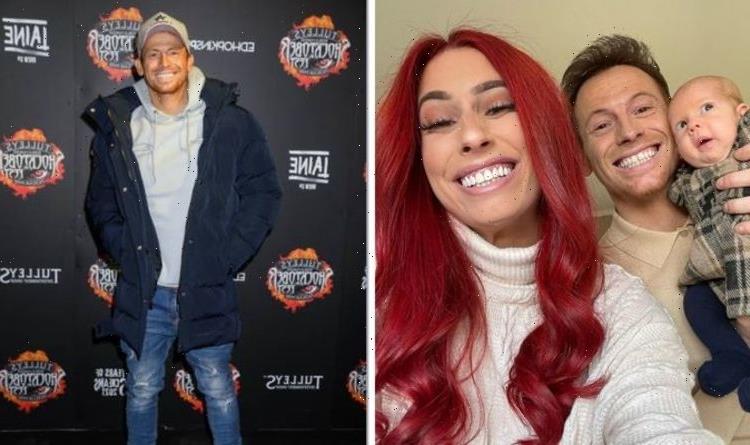 Joe Swash, 39, has shared his worries after buying Stacey Solomon the ‘perfect’ gift. Joe said he is scared that the gift won’t be able to top his proposal.

He explained how he believes he has “mastered” buying festive gifts but won’t be able to top last year’s festive proposal.

He told The Mirror in an interview: “I suppose last year was pretty special because me and Stacey got engaged on Christmas Eve so probably last year was the best present I’ve given.

“There’s no topping that this year.”

This will be the first Christmas the family have spent in Pickle Cottage.

It will also be the first as a family of seven, following the arrival of baby Rose.

Joe added he sometimes struggles to buy presents for others.

He explained that he does a lot of panic buying.

”Like a writer gets writer’s block – I have sort of present block where I’m like oh what am I going to get Stacey.

“Or I’ll go into The White Company and get her all the towels.”

Stacey explained to the TV presenter that she preferred a bundle of small gifts as opposed to one big one.

He shared: “I’ve learned I need to spread it out – Stacey prefers loads of little bits to open.

“But I think I’ve mastered it.

“I’m doing really well this year, I think. I’ve got a couple of little bits to get and a couple of people to get things for but it’s nothing that I have to stress out about.”

The former EastEnder actor admitted the first time he ever met his now-fiancée wasn’t as romantic as fans may think.

They first spoke after the Loose Women presenter won I’m A Celebrity in 2010.

Speaking about the moment, Joe said that Stacey “smelled worse” than any other campmate at the time.

He explained to Metro: “Oh my God. Honestly! I remember meeting her and I distinctly remember the smell!”

But he added that it was “so cute” to show their children how far back they go before they became official.