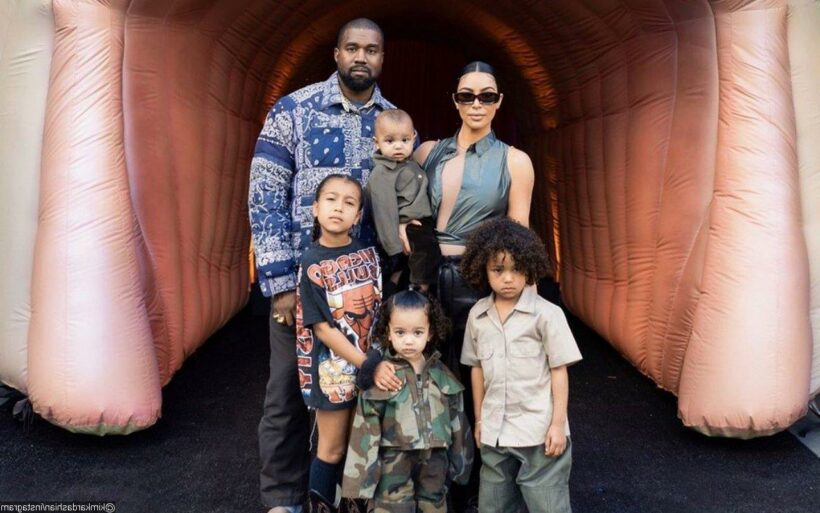 The ‘N***as in Paris’ rapper admits that he wants to keep his family together as the ‘Keeping Up with the Kardashians’ alum is rumored to be dating Pete Davidson.

AceShowbiz –Kanye West is a firm believer in keeping his family together amid his divorce from Kim Kardashian. In a new interview, the “Donda” artist admitted that he’s trying to “save” his family after insisting that his estranged wife is still his “wife.”

In the second part of his interview on Revolt TV’s “Drink Champs” podcast, released on Thursday, November 11, the “Praise God” rapper speculated that some people close to Kim may be “plants” who are trying to turn her against him. He then said, “People be like, ‘Hey Kim, oh, don’t listen to Ye, he’s so crazy.’ “

“But at the end of the day, I ain’t got the paperwork yet,” Ye continued. The 44-year-old rapper went on to say, “So I’ma come on this joint and try to save my family and keep my family together.”

Ye, who’s seeking joint custody of their kids, 8-year-old North West, 5-year-old Saint West, 3-year-old Chicago West, 2-year-old Psalm West, made similar comments in previously released footage from the on-camera podcast. At that time, the “N***as in Paris” spitter called the “Keeping Up with the Kardashians” alum his “wife.”

“This ain’t no joke to me,” Ye stressed, adding that it’s his wish and his children’s wish to have him and his estranged wife back together. The father of four claimed, “My kids want their parents to stay together. I want us to be together.”

Ye also alleged that the entertainment industry and media are against them as a couple. “If you look at the media, that’s not what they’re promoting,” he argued, insisting that the industry wants a more interesting story for the sake of business. “That’s not what they want. They want it to be a new episode, a new TV show.”

Kanye’s comments on his marital status with Kim came as the SKIMS founder is rumored to be an item with Pete Davidson. After their kissing scene on “Saturday Night Live” during her hosting debut, they were caught holding hands at Knott’s Scary Farm in California on October 29. Earlier this month, they were spotted enjoying dinner together in his favorite Manhattan club.

More recently, Kim reportedly “has not stopped talking to her sisters about Pete since ‘SNL’.” A source said that the rumored couple “text all day everyday and she shares these texts with her sisters.” The source added, “She is very much into him and this is not a fling it seems.”