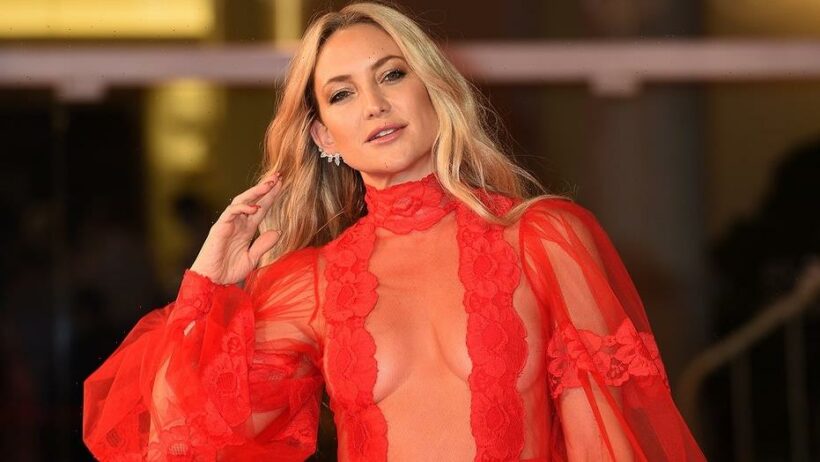 Kate Hudson knows how to make the red carpet sizzle.

The actress caused a stir on Sunday when she made a grand entrance at the Venice Film Festival for the premiere of her new film “Mona Lisa and the Blood Moon.”

For the occasion, the 42-year-old stunned photographers with her bold, floor-length red gown from the Valentino Resort 2022 collection. The flowing tulle ensemble completely unveiled her toned midriff with mere lace paneling on the bust for modesty. The dress also featured a sheer high neck, dramatic puffy sleeves and a delicate tiered skirt. 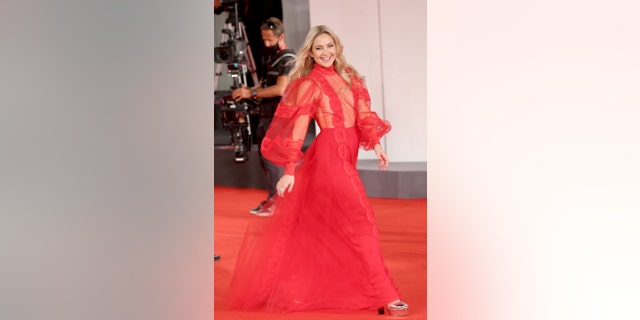 Kate Hudson attends the red carpet of the movie ‘Mona Lisa and the Blood Moon’ during the 78th Venice International Film Festival on September 05, 2021 in Venice, Italy.
(Photo by Franco Origlia/Getty Images)

“Grazie @maisonvalentino @pppiccioli for making this Aries girl dress dream come true!” she wrote on Instagram. “You’re a legend and I love wearing your creations. Love to the @maisonvalentino team, you’re so wonderful #venicefilmfestival2021.”

This isn’t the first racy look that Hudson has rocked during the star-studded festival. Hudson previously stepped out in a little black dress that featured what InStyle has described as the “ovary cutout.”

The halter-neck ensemble features cutouts on the chest, as well as the waist and hips. The mother of three proudly flaunted her sun kissed stems thanks to the LBD’s thigh-high slit.

Hudson also wore minimal makeup for that look and parted her blonde mane down the middle. 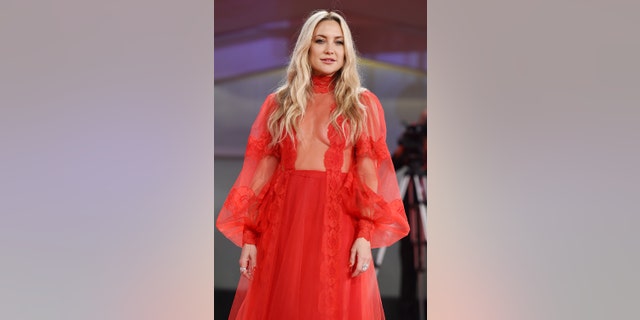 “Before you leave the house, look in the mirror and take one thing off,” Hudson quoted Coco Chanel.

“I chose fabric,” she joked.

And it looked like the actress has been preparing to be in camera-ready shape. Back in June, Hudson spoke about a really “interesting” way to burn calories.

“Got some really interesting news that I’m very excited about right now,” she said in a brief video. “If anybody needs me, I’m going to be in the bedroom for a good, I’m gonna say – hour 20. If he can handle it.” 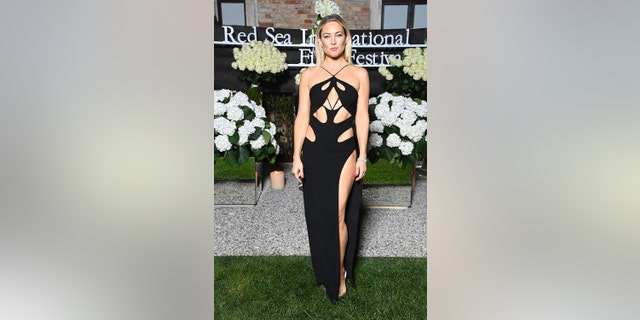 The star said that according to WW’s (Weight Watchers) fitness app, “having sex for an hour 20 will equal … six FitPoints.”

She continued in the caption: “Yep, I said sex. Thanks @ww for always making sure we’re getting all the fit points we can.”

Hudson is rarely one to shy away from sharing personal details with her fans. Earlier this year, she opened up about her relationship – or lack thereof – with her estranged family members.

“We’re sitting here like we have the best family, like we’re so great. And yet, we don’t ever acknowledge the fact that we have four other siblings,” she said during a January episode of her podcast “Sibling Revelry.”‘ 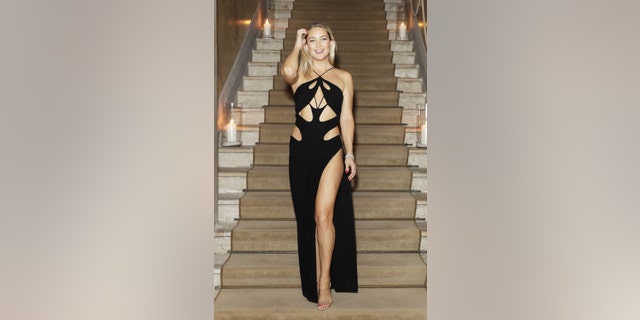 Kate Hudson’s racy LBD has been described as the ‘ovary cutout.’
(Photo by John Phillips/Getty Images for The Red Sea Film Festival)

“So I’ve been thinking about the Hudsons. Thinking it’s important that we reach out with all of our siblings and maybe connect with them a little bit.”

Hudson and her brother Oliver are the children of actress Goldie Hawn and musician Bill Hudson. Both are close with their mother and stepfather, Kurt Russell, though they do not have strong relationships with their biological father or his children.

The “Almost Famous” star also has a half-brother in Wyatt Russell and a stepbrother in Boston Russell.