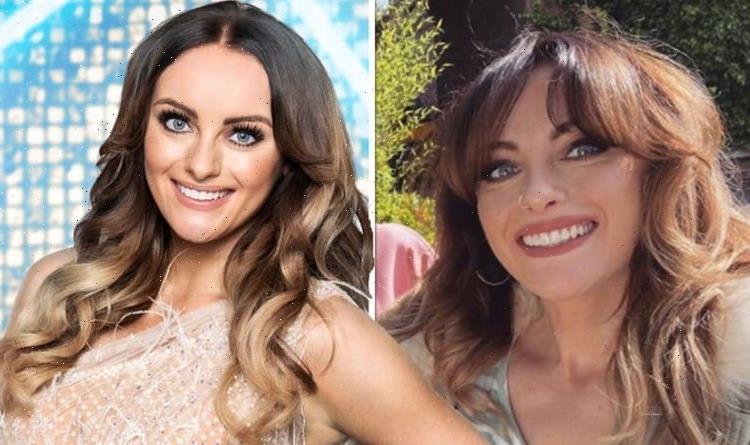 Strictly Come Dancing is set to begin tonight on BBC One with the launch show for the latest series of the dance competition. Ahead of its airing, Katie McGlynn opened up to Express.co.uk and other media about the advice she received for the show.

The beloved soap star played the role for seven years before her dramatic exit last year.

However, Katie is by no means the first star of the ITV soap to hit the Strictly dance floor.

Ahead of the show airing, the actress revealed one of her Corrie co-stars gave her some warnings about how to approach the show.

She explained: “My friend Catherine Tyldesley did it, a couple of years ago I think now.

“She gave me sound advice to just enjoy every minute of it because you’re going to have the best time.

“It doesn’t feel like you are going to at the beginning, but it all comes together and just relax and try and enjoy it as much as possible.”

As fans will know, Catherine appeared on Strictly back in 2019.

She was partnered with Johannes Radebe and made it through to week six of the competition.

Catherine was best known for playing Eva Price in Corrie from 2011 until 2018.

Katie also opened up about one part of the Strictly Experience she is especially looking forward to.

She said: “I think I’m most looking forward to the dresses, all the outfits, I cannot wait!

“I’m hoping I’ll stay in until Halloween because I love dressing up, Halloween is my favourite thing.

“I think it’s probably because I’m an actress, but I love it.”

The soap star went on to add: “As soon as I get my fake tan on and all the sequins, I will be ready.

The first outing of the dancing competition begins on the BBC later today.

This will see the celebrities paired up with professional partners ahead of the main competition beginning.

Joining Katie on the dance floor are stars like Dan Walker, Judi Love and Greg Wise.

Strictly launches tonight on BBC One at 7.45pm.