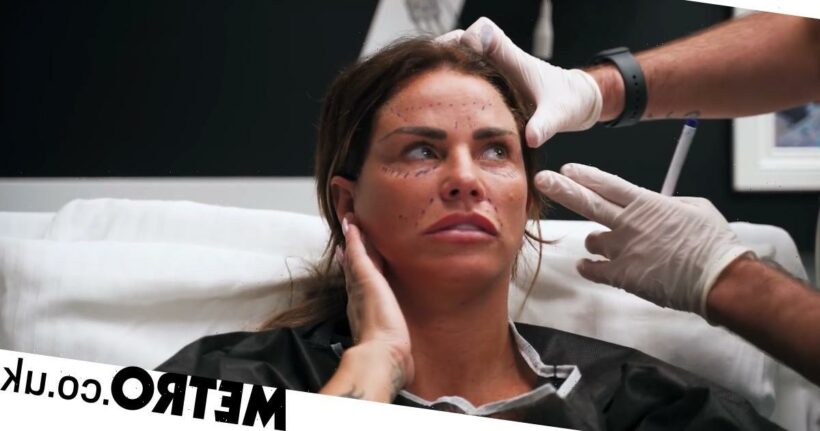 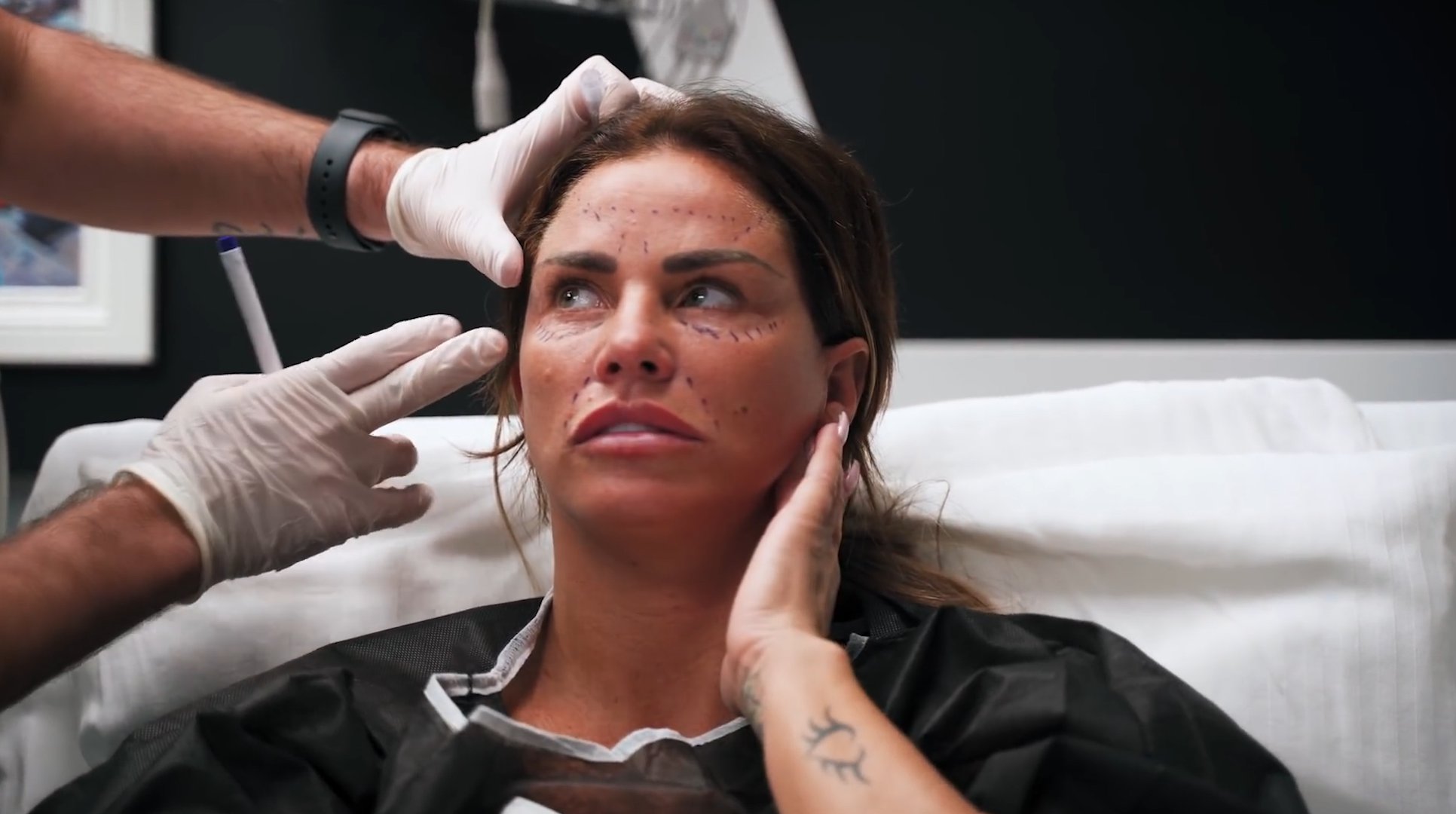 Katie Price is reportedly planning a flying visit to Turkey ahead of her court hearing next week in order to have more plastic surgery done.

The reality star and model, 43, previously flew to Istanbul for work including liposuction, a facelift and a Brazilian bum lift in August this year.

However she is said to be unhappy with some of the results and wants to return to get it fixed.

According to The Sun, the mum-of-five has told friends she wants to undergo the procedures before her court case next week, which will see her face sentencing for a drink-driving crash.

An insider told the outlet that Katie fears her ‘bum implants make her look too big,’ and she wants them removed.

She also reportedly plans to have further liposuction.

‘Everyone thinks she’s making a huge mistake – she could be sent to prison next week – but she’s in denial about how serious everything is,’ the source added.

Katie is due to appear in court on December 15 after being involved in a drink-driving collision in September.

The My Crazy Life star was rushed to hospital but didn’t sustain any serious injuries.

She later pleaded guilty to drink driving, driving while disqualified and driving without insurance, with the court hearing Katie also tested positive for cocaine at the time.

In August of this year, Katie documented the series of procedures she underwent in Turkey on her Youtube channel, with videos showing doctors working on her mid-surgery, as well as her painful recovery.

And last month, the star revealed she was back in hospital at The Priory, 15 months after she broke both legs in a fall while on holiday, again in Turkey.

The former glamour model had fallen from a concrete wall in August 2020 causing her to require surgery on both feet, and was unable to walk for several weeks.

Amid a manic year, Katie is also planning her wedding to boyfriend Carl Woods, 32.

The pair set the rumour mill into overdrive last month when they jetted off to Las Vegas, picked up a marriage license and checked out a chapel, but later revealed they had not, in fact, got married.

Metro.co.uk have reached out to reps for Katie Price for comment.