Girls day out! Katy Perry spent quality time with daughter Daisy Dove on a shopping spree in Paris amidst their family vacation to Europe.

Katy Perry, 36, was a mother on a mission while shopping with daughter Daisy Dove, 11 months, in Paris, France on Wednesday, July 7. The “Teenage Dream” songstress was seen holding onto her baby girl while walking around some local stores in Saint-Germain-des-Prés. Katy wore a denim mini dress and ballet shoes as she held baby Daisy with one hand while her other hand sported a tan handbag to store her belongings. She finished off her look with small gold hoop earrings and a blue facemask that covered her nose and mouth. 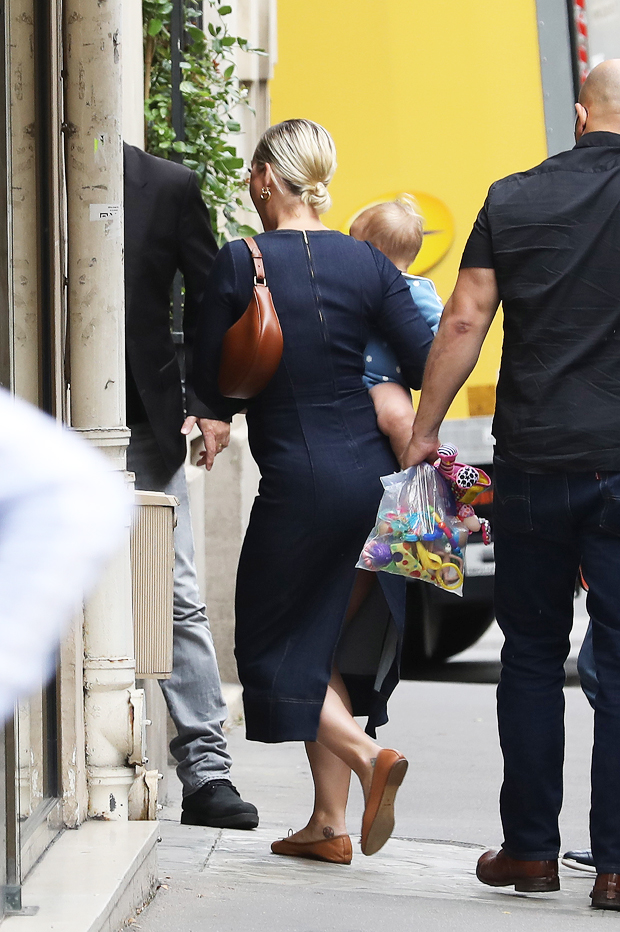 Orlando Bloom, 44, opted not to join his fiancée and daughter on the shopping spree, but was seen standing outside the stores in photos obtained by the Daily Mail. In the snaps, Orlando was casually dressed in a green T-shirt and light blue jeans as he leaned against a wall outside chatting with a friend to give Katy and Daisy all the time they needed to complete their girls shopping day. 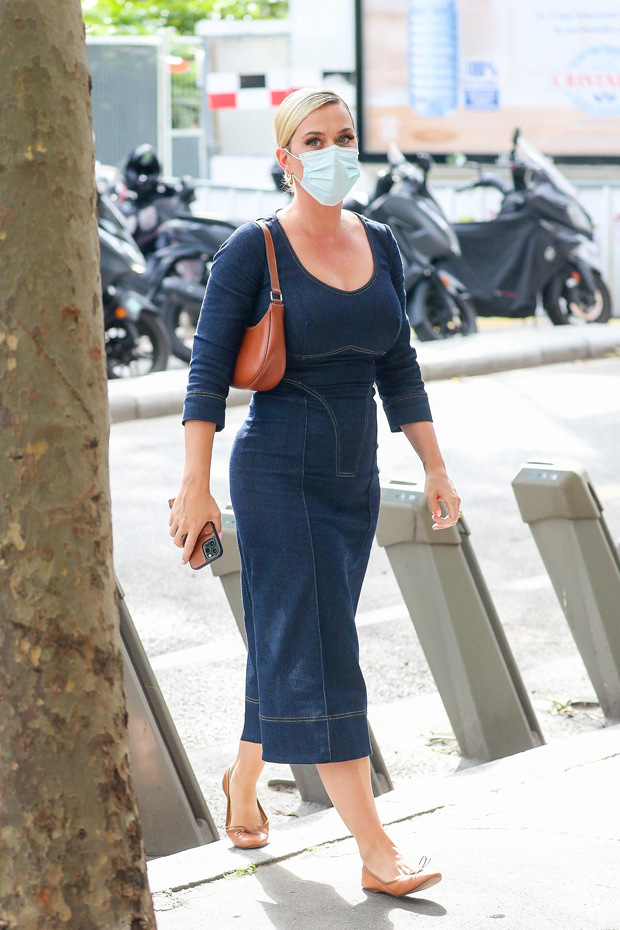 Katy and Orlando’s ongoing European getaway has looked like it’s been nothing short of amazing. In addition to Daisy, they took Orlando’s son Flynn, 10, whom he shares with ex Miranda Kerr, 38, on the trip. The family of four has already stopped in Italy, Greece and Turkey, where they’ve enjoyed an abundance of activities like paddle boarding and boat rides together. They made their way to Paris after the 4th of July weekend, and Katy and Orlando enjoyed a much-needed romantic night out dinner without the kids.

After Katy and Orlando get home, they’ll be preparing for another exciting celebration: Daisy’s first birthday on Aug. 26. The A-list stars have kept their baby girl’s face away from social media, but they have gushed about how much she’s changed their lives for the better. On her first Mother’s Day in May, Katy said in a tweet, “I found everything I was ever searching for when I became a mother. So grateful for that profound, deep love and honored to join the mama club.” Katy also gave an update on Daisy during a May 28 appearance on On-Air with Ryan Seacrest. “She’s crawling and she has one tooth,” the pop star said about her daughter on the radio show. “It’s barely poked through though.”

Meanwhile, Orlando said his daughter was “a very happy baby” in a March 21 interview with The Sunday Times. “I’ll kiss her and we’ll spend some time connecting,” the Pirates of the Caribbean actor said. “I’ll do eye-gazing with her and sing songs, ‘Daddy loves his Daisy Dove’ so she knows who Daddy is.” Orlando also sweetly revealed that Daisy’s first word was “Dada.” How cute!