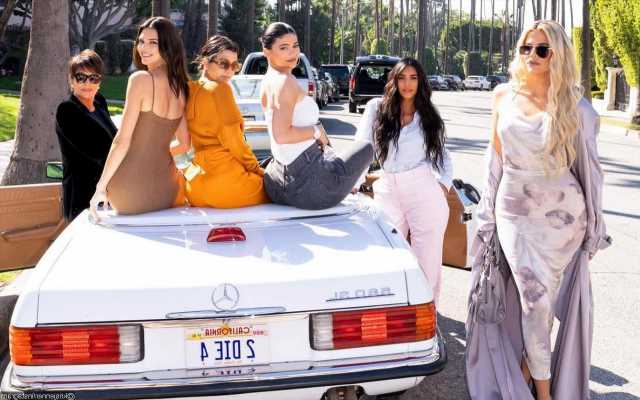 In related news to Kim, the SKIMS founder comes under fire after she posts and deletes a TikTok video which seemingly indicates that her two Pomeranians, Sushi and Sake, are living in her garage.

AceShowbiz –Kim Kardashian has seemingly reacted to people accusing her of Photoshopping her family’s Christmas picture. On Thursday, December 29, “The Kardashians” star made use of her Instagram account to prove that her and her family members did pose together for the picture, which was taken at their annual Christmas party.

On Instagram Stories, Kim posted a video featuring the behind-the-scenes of the festive photo. Alongside her, mom Kris Jenner and sisters Khloe Kardashian, Kourtney Kardashian, Kylie Jenner as well as Kendall Jenner gathered to pose together in front of a huge Christmas tree.

While the SKIMS founder didn’t write anything in the caption, the video was enough to shut down social media users doubting the photo. 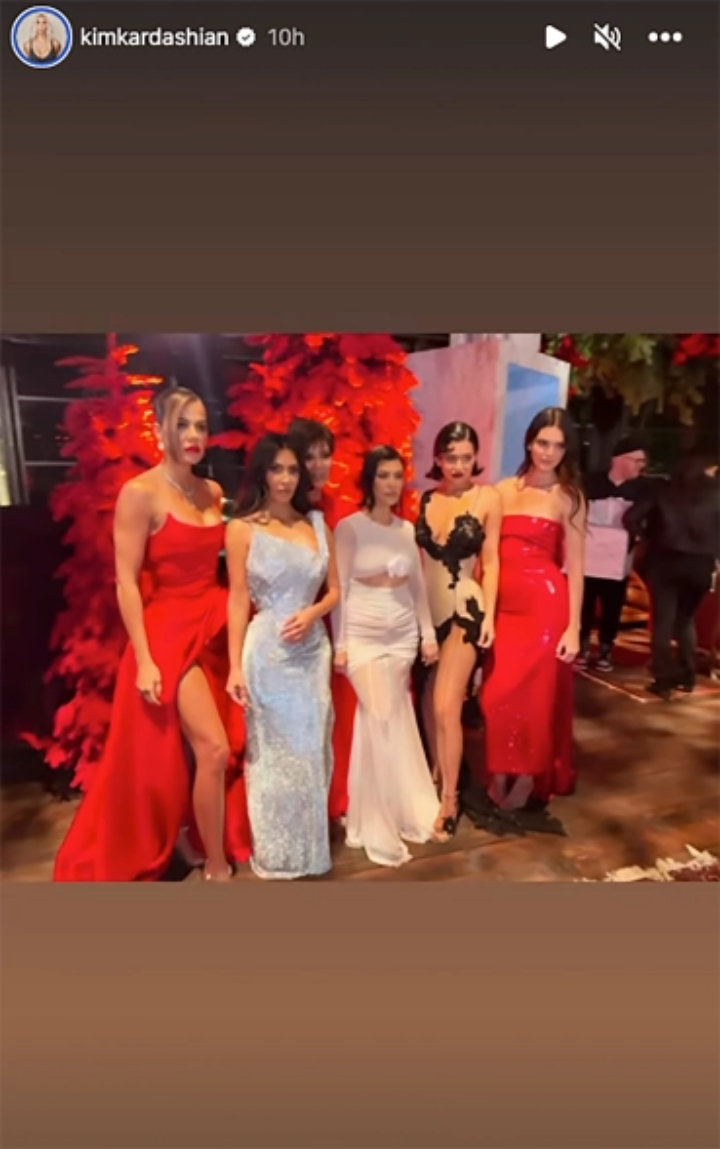 Kim Kardashian proved that her family did pose together for a Christmas family picture.

Prior to this, Kim was blasted online after an eagle-eyed fan noticed that Kendall’s feet appeared to be edited in the Christmas family snap. It prompted others to think that the famed family members didn’t actually take the picture together, but were Photoshopped in instead.

“Why though? It’s so hard to take a picture together? Isn’t it harder to photoshop each and every one in? This family is baffling,” one user wrote in a comment. One other noted, “Y’all look photoshopped in. Especially u kim. From another picture.”

Someone else joked, “Is Kendall floating?” Another user added, “Y’all forgot to take a pic all together huh? Lol.”

In other news related to Kim, the reality TV star was dragged after she posted and deleted a TikTok video which seemingly indicated that her two Pomeranians, Sushi and Sake, are living in her garage. In the video, the 42-year-old showed off the pups’ Christmasy setup. In the process, she accidentally showed the pooches prancing around the garage in tiny coats next to their large pen and pee pads.

Even though Kim deleted the clip, one TikTok user was quick enough to get it reposted. “This video was deleted from North’s account. Is it because Kim Kardashian doesn’t want people to think they keep their dogs in the garage? I wonder why they deleted it…,” the user said.

“Provide a better life than this for your dogs,” a commenter said. Someone criticized, “They have acres of land but they keep dogs in their garage smh,” while one other added, “probably bc it doesn’t fit the ‘aesthetic’ lol.”

PETA also weighed in on the controversy. In a statement to Page Six, PETA senior vice president Lisa Lange said, “Knowing that Kim Kardashian is anti-fur and mostly vegan, we are hoping hard that she does not relegate her dogs to life in a garage.”

Lisa continued, “What PETA does know is that dogs are highly social pack animals who need more than just soft beds and decorative stockings: They deserve to feel safe, loved, and to live inside the house as part of the family.”