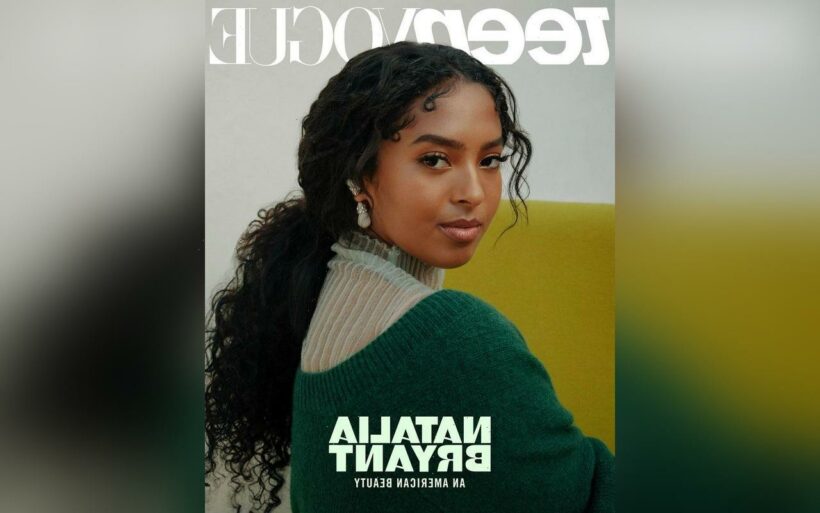 Natalia Bryant has made her modelling debut as a cover girl for Teen Vogue’s new issue and she talks about her late father Kobe and sister GiGi in the interview.

AceShowbiz –Kobe Bryant‘s oldest daughter has made her modelling debut as a Teen Vogue cover girl.

Natalia Bryant‘s first photoshoot features in the pages of the new issue of the glossy and in the accompanying interview she opens up for the first time about life without her dad and sister, GiGi, who died in a helicopter crash at the beginning of 2020.

“I love talking about my dad,” she tells the publication. “It’s bittersweet, but I enjoy talking about him more than it’s sad for me.”

Natalia, 18, also reveals she’s doing her best to keep the memories of Kobe and her little sister alive for her siblings. “(We’re) just trying to live out every day the way they would,” she explains.

And she credits her parents for giving her the best upbringing they could in the shadow of superfame.

“Growing up, my parents made it as normal as possible,” she adds. “Thank God they did. It’s not, ‘Oh, she’s Natalia Bryant! She’s Kobe Bryant’s daughter!’ A lot of times they saw me as… just Nani.”

Natalia just graduated from high school and she is on her way to the University of Southern California as a freshman, while signing up as a model for IMG Models.

While Kobe and Gigi bonded over their love for basketball, Natalia and Kobe shared their obsession with movies. “We’d always analyse as many movies as we can and we’d talk about it for months, anywhere we’d go we’d just keep talking about different films,” she previously said.