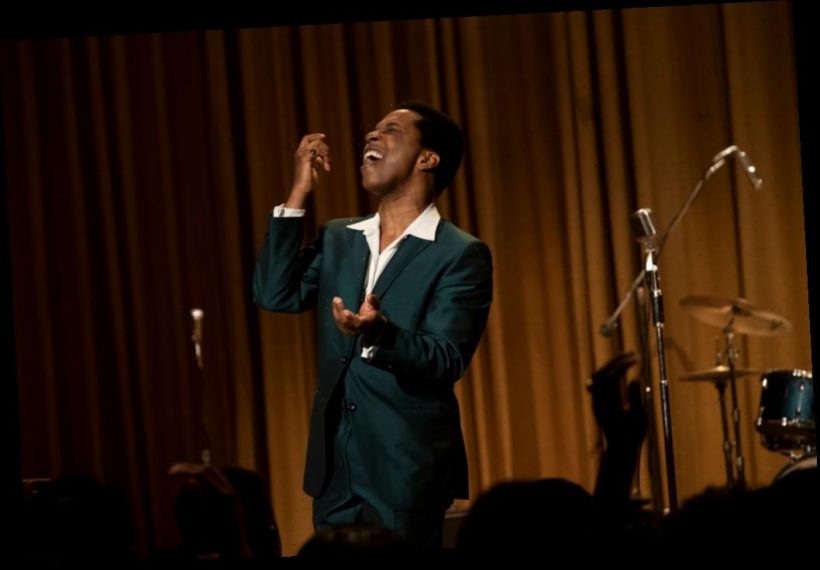 With two of his own Golden Globe nominations—Best Supporting Actor for playing Sam Cooke in Regina King’s One Night in Miami, and Best Original Song for “Speak Now” on its soundtrack—Leslie Odom Jr. says he’s “connecting the dots” between a trio of his projects that have all appeared in this morning’s list. In addition to these nominations, the taped concert film for Hamilton, and the Sia musical Music are both recognized in the Best Motion Picture – Musical or Comedy list.

“I left the Hamilton stage a few years ago with a mandate for myself that I was just going to try and work on all of the things that no one would let me do before Hamilton,” Odom told Deadline today, just moments after processing the full list of nominees. “It was a golden ticket for me, and really I’m just thinking about the whole journey of trying to make the transition into making movies and figuring out how to make my way in the space.”

It’s an accident of timing, really, that has led to this triple-whammy of recognition. The pandemic spurred the release of the Hamilton movie on Disney+ earlier this year, and various factors held Music back—the movie was shot in 2017—to push it into its upcoming release slot on February 12, and this year’s consideration. He followed both of those projects up with One Night in Miami, which bowed at Venice and Toronto last year. “There is no One Night in Miami for me without Music, and obviously none of it happens without Hamilton,” said Odom. “It’s all related somehow. It’s heady stuff for me, really, when I try and connect the three dots of those things.”

All three projects, he says, speak to music’s power, which he is still trying to grapple with. “When you play someone like Sam Cooke who’s so tapped into his personal power, it can’t help but get you better equated with the power that lies inside you,” Odom said. “It was something the Ancient Greeks understood, when they put together the first dramas, and they almost always included music. They understood that pairing between music and narrative storytelling; that music could open people up and pave the way to a catharsis for the audience, which is really what it’s all about.

“Especially with these three projects—Lin-Manuel [Miranda] moved the entire world with this music and these melodies in Hamilton. And even before Sia wrote this musical, I remember hearing ‘Chandelier’ and it bore through my eardrums. I was on a bench in the gym Shazamming, ‘What is that thing? That song? That voice?’ She moves the world with her music and melodies. And then Sam Cooke, obviously, with songs like ‘A Change Is Gonna Come’ and ‘You Send Me’, has lasted the test of time. He ministers to us from the great beyond because of what he left here and the power of his music.

“It may not be this way for everybody, but for me today, because of the connection between these three projects, I’m reminded of the power of music in my life, that’s for sure.”