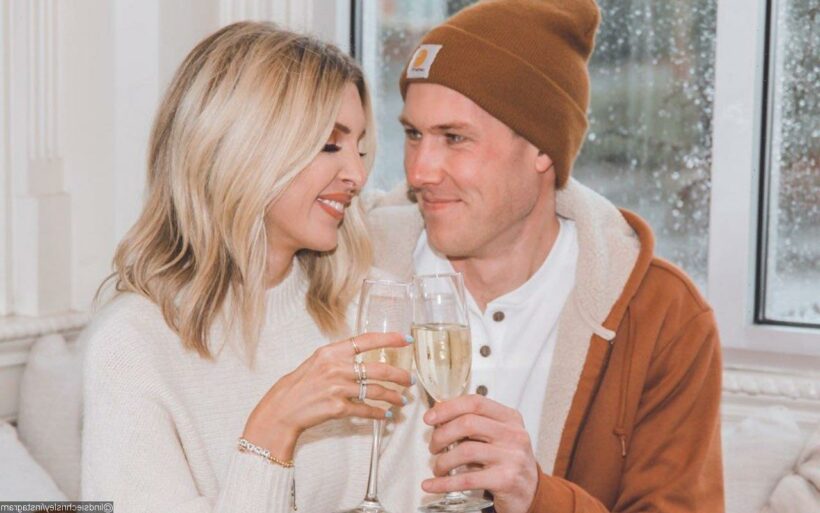 AceShowbiz –Lindsie Chrisley has finally put her marriage to Will Campbell behind her. Months after filing for divorce from her husband of nine years, the former “Chrisley Knows Best” star has reportedly reached a divorce settlement with him.

Revealing the news was Us Weekly. According to court documents, the exes have agreed to share custody of their 8-year-old son Jackson with no alimony settlement.

Lindsie and Will had previously divided or sold their assets, including their property, vehicles, furniture, artwork and pet. The 32-year-old reality star will retain her Lexus. Her former spouse, meanwhile, will keep his Ford F1-50. Their family dog will become their child’s property moving forward.

The former couple sold their Canton, Georgia, house weeks later and the estranged daughter of Todd Chrisley has since bought a new home. At the time, they filed to seal their finalized divorce documents.

Lindsie, who married Will in January 2012, went public with their split on July 27. “While one door closes, another opens. It’s with the deepest sadness that, after 9 years of marriage, Will & I have mutually decided to end our marriage,” she declared on Instagram.

“Personally, I am focusing on the new beginnings ahead & a fresh space with the move this week,” the mother of one continued. “We maintain the greatest respect & love for one another, & we’re so grateful for our time together. We will continue to remain friends & be devoted parents to our son whom we both love very much.”

Reacting to Lindsie’s announcement, her estranged father Todd said, Our prayers go out to you, we love you, we wish you and Jackson, Will and the entire Campbell family nothing but the very best.” The 52-year-old businessman further stated, “I pray for all of my children every day, every night before I got to bed, every morning when I raise my head. So I will continue to do so.”