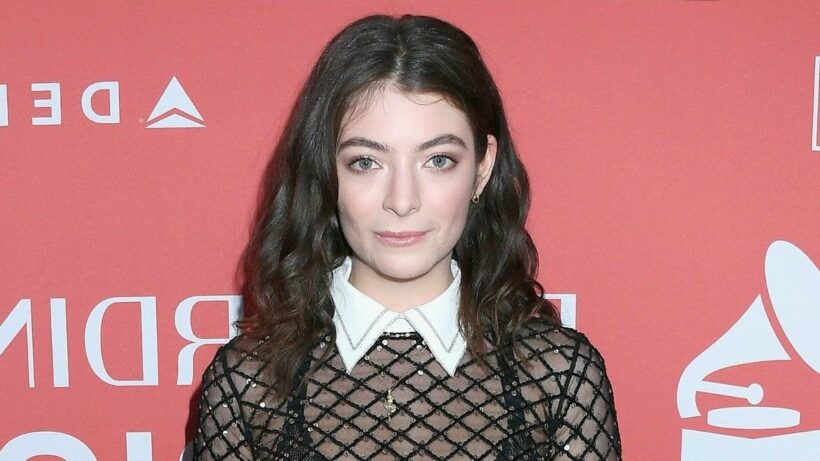 What happens when Lorde spends a day drinking with Seth Meyers? Lots of laughs, shots, and apparently vitamin drips!

During the latest “Day Drinking” segment on Late Night With Seth Meyers, the two visited Zero Bond in New York City, where they engaged in various activities while under the influence. Lorde and Meyers kicked things off by trying new drinks made by the comedian and inspired by hits like “Solar Power” (iced coffee, Red Bull, espresso beans, Four Loco) and “Everybody Wants to Rule the World” (Sake, whiskey, red wine, White Claw).

During the show, Lorde admitted that she actually had to get an IV drip in her hotel room after filming the segment. “You did kind of destroy me,” she told Meyers. “And I had to get a very pop-star thing: an IV drip.”

The appearance comes a month after Lorde teased that her highly anticipated third studio album, Solar Power, is coming soon.

“There’s someone I want you to meet. Her feet are bare at all times. She’s sexy, playful, feral, and free. She’s a modern girl in a deadstock bikini, in touch with her past and her future, vibrating at the highest level when summer comes around. Her skin is glowing, her lovers are many. I’m completely obsessed with her, and soon you will be too,” Lorde wrote in an email to her fans. “It’s my divine pleasure to be introducing you, at long last, to my third studio album, SOLAR POWER.”

Lorde went on to explain that her upcoming album is “a celebration of the natural world, an attempt at immortalising the deep, transcendent feelings I have when I’m outdoors. In times of heartache, grief, deep love, or confusion, I look to the natural world for answers. I’ve learnt to breathe out, and tune in. This is what came through.”

She added that she created the album with friends in New Zealand, and her “best mate Ophelia took the cover photo, lying on the sand as I leapt over her, both of us laughing.”

“I made something that encapsulates where I’m from — my family, my girlfriends, my outdoors, my constant ruminations, and my unending search for the divine,” she shared. “There’s SO much more detail to come — a truly comical amount of detail, honestly. You can look to the natural calendar for clues. I’m trying to listen to what’s out there more, and the vibe I got was that you’re ready for this, that you need it.”

Hear more in the video below.