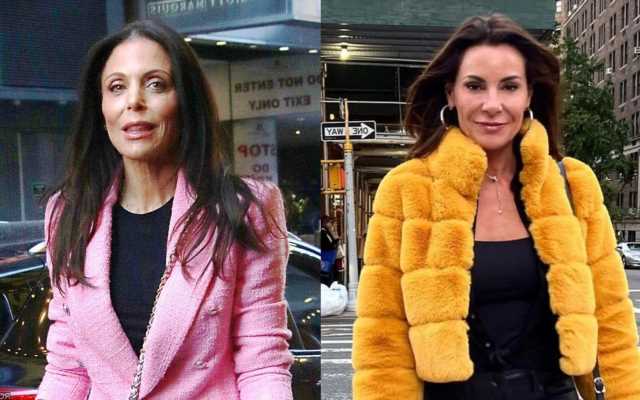 Titled ‘ReWives’, the ‘RHONY’ alum’s upcoming podcast is set to see Bethenny watching iconic episodes throughout the Bravo franchise’s history and will premiere on November 14.

AceShowbiz –Luann De Lessep weighed in on Bethenny Frankel launching a “Real Housewives” rewatch podcast. During an appearance on Friday, November 4 episode of “Every Iconic”, Luann dragged the former “The Real Housewives of New York City” star over the show.

“Right, and if she s**ts on the show, that means she’s gonna s**t on us on her little podcast about the ‘Housewives,’ ” the former countess savagely told host Danny Pellegrino.

She continued, “It’s pretty sad and pathetic that she has to resort to ‘Housewives’ because of all of her failed pivots since the ‘Housewives’.” She added that Bethenny has tried everything” to separate herself from the series she quit for good in 2019 but that “it doesn’t seem to work,” noting it’s a “pretty desperato scenario.”

According to Frankel, “Rewives” isn’t a typical rewatch podcast and won’t be about rehashing the drama. “We don’t delve into that territory,” she told PEOPLE at the time.

“I wanted to do a rewatch podcast, but I didn’t want to do something derivative. I didn’t just want to rewatch a show, scene by scene. So I thought ‘How could I do this in an interesting way?’ – not just having another Housewife talk about it to me like others do, but instead delving deeper. So it’s really about the real dynamics that are going on underneath, which I find to me more interesting anyway, and not the low-hanging fruit trash that others take away from it,” she continued.