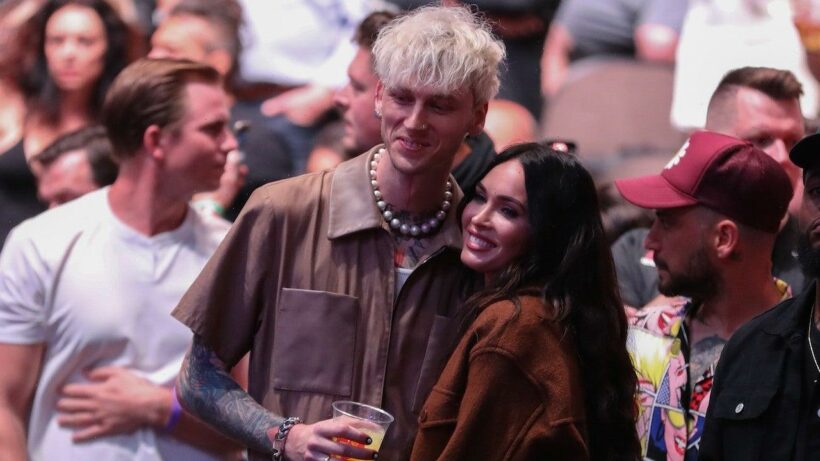 A source tells ET that the two “are pretty inseparable” at this point, and are already planning their future together. Following their PDA-packed appearances at the Billboard Music Awards and iHeartRadio Music Awards last month, the lovebirds are currently gearing up for the release of Midnight in the Switchgrass, the film that brought them together. They’ll also hit the road late summer for MGK’s Tickets to My Downfall tour, which kicks off Sept. 9 in Minneapolis, Minnesota, and wraps Dec. 18 in Cleveland, Ohio.

“Assuming all continues to go well, it’s looking likely that [Megan] will join him on tour,” the source says. “Not full time, but you can expect her to be around, and there’s no question about that.”

Ever since Fox and MGK (real name: Colson Baker) started dating last summer, they certainly haven’t been shy about showcasing their love in public, sharing steamy kisses at high-profile events and gushing over each other on social media. Fans have been wondering for a while now whether the two plan to take things to the next level.

“MGK would love to start a family with Megan someday, but right now doesn’t seem to be the time in terms of scheduling,” ET’s source says. “As far as engagement goes, it is likely that this will happen sooner than later and it has been a topic of conversation without question.”

“Their schedules are starting to get super busy again, so they just want to make sure that the timing is right since it would be a big step for both them and their families,” adds the source.

Fox shares three kids — Noah, 8, Bodhi, 7, and Journey, 4 — with Brian Austin Green, whom she split from last May after nearly 10 years of marriage. MGK is father to 11-year-old Casie from a previous relationship.

Speaking to ET earlier this month, Fox gushed over her “tall, blonde, gorgeous supermodel” boyfriend while reflecting on what it was like meeting and working with MGK on the set of Midnight in the Switchgrass in March 2020.

“Working with him is amazing,” she said. “Honestly, I don’t know if people understand what a good actor he is. He is so charismatic and he’s so naturally gifted and he’s so intense.”

“Which is annoying because he’s also a brilliant, creative genius as a musician,” she continued. “So then, for him to show up on set and just be so much better than you at what you do for a living is very annoying. But he’s really gifted. He’s an amazing actor. He’s going to win awards one day.”

Hear more on their whirlwind romance in the video below: