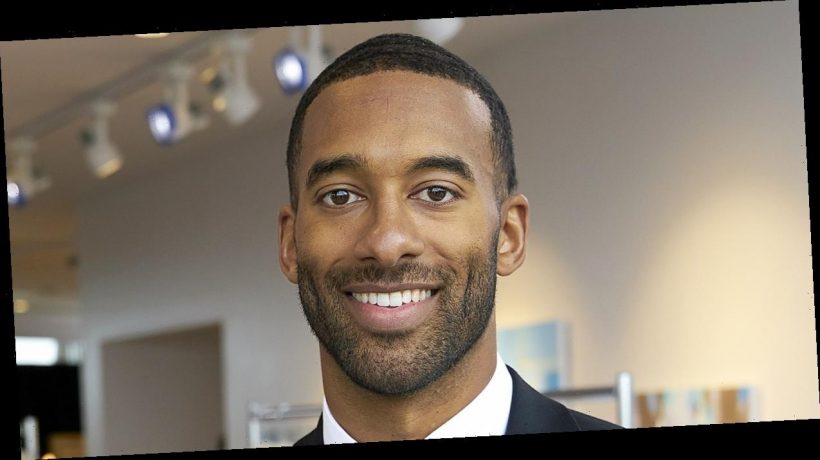 Before Matt James set his sights on finding The One, the Bachelor star had money on his mind.

“My dating history in New York [was] slim to none because I was broke. Like, I didn’t have any money, so I couldn’t take anybody out on a date,” the real estate broker, 29, said on the “Bachelor Happy Hour” podcast on Tuesday, January 12. “New York is expensive, so just by default, I wasn’t doing a lot of dating.”

James explained to Rachel Lindsay and Becca Kufrin that he had been “focused on the charitable work” he was doing through his nonprofit organization, ABC Food Tours, as well as his many jobs.

“I’m trying to hustle. I moved to New York to grind,” he said. “And I knew that the relationship part would come, but it had been a while since I had been in a serious relationship.”

Matt James and Tyler Cameron’s Bromance Through the Years

The North Carolina native, who did not appear on any shows within the ABC franchise before being named the first Black Bachelor, made headlines in November 2020 when he admitted to Chris Harrison in a teaser for season 25 that he has “never been in love.”

During his conversation with Lindsay, 35, and Kufrin, 30, on Tuesday, James broke down the reasoning behind his decision to be up-front about his dating history — or lack thereof.

“When I said that I had never been in love, I felt like it wasn’t until that moment that I could say that because I knew what love meant to me in that moment, and that was the respect that you have for your partner, the sacrifices you’d be willing to make for them, the admiration you have, everything that goes into loving somebody,” he said on the podcast. “I had said that in the past, but I wasn’t willing to make those sacrifices and do the things that I [am] willing to do now.”

‘Bachelor’ and ‘Bachelorette’ Leads: Where Are They Now?

The former football player previously opened up about how he made sure to bare it all to his contestants not long after he arrived at Nemacolin Resort in Pennsylvania to begin his journey to finding love.

“It was difficult leading up to the show because I’m like, ‘There’s no way I’m going to talk about this. I’m going to leave this out.’ And then when I got there, I put everything on the table,” he exclusively told Us Weekly earlier this month. “I put it all out there because I need them to know who I am, where I’m coming from and what I’ve been through for them to make an assessment on me. I’m courting them, but they’re [also] courting me.”

The Bachelor airs on ABC Mondays at 8 p.m. ET.