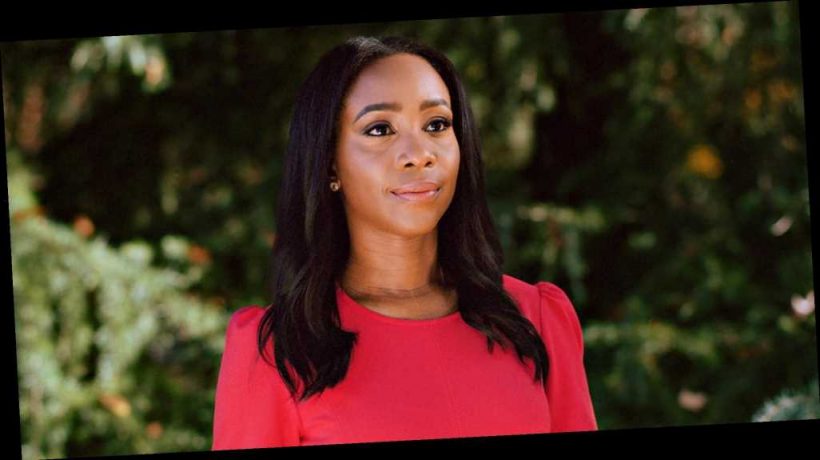 After reporting on the chaos at Capitol Hill for the last six days, CNN’s Abby Phillip finally has some good news to share.

During an already action-packed week at the network, it was announced yesterday that Phillip will become the anchor of her own show, Inside Politics Sunday with Abby Phillip, airing from 8-9 a.m. ET on Sundays, beginning Jan. 24. She was also named the network’s senior political correspondent.

For those of us who have been glued to CNN since election day, we could have guessed that this move was only a matter of time. Phillip’s quick, measured, and insightful commentary on everything from President Trump’s tweets to the historic incoming administration, has become a staple of the network’s political coverage over the last few months.

Still, going from a correspondent’s role to having your own full hour of programming is a big deal. For broadcast journalists, it’s the equivalent of being drafted into the big leagues. And though, at 32, Phillip is about a full decade younger than most of the network’s marquee anchors, she is more than ready to bring her fresh and dare I say, millennial perspective to the airwaves every weekend.

“It's an honor and a privilege to be able to call an hour of television mine, and with that comes a responsibility to be creative with it,” Phillip tells InStyle. “There's a whole new generation of people my age and younger who are yearning to be represented on TV and in politics, and I'm looking forward to doing what I can to make sure that they are.”

Inside Politics, a long-standing program on the network, has most recently been helmed by CNN’s chief national correspondent John King for the last five years (he will continue to host it on weekdays). Phillip hopes to keep that momentum going on the weekend, while still putting her own spin on things. “We're going to continue to bring on the sharpest, most diverse voices in the business to shed light on everything in Washington,” she says. “But my personal hope is that the show will aggressively seek to illuminate the hidden forces that are powering the activities in Washington too — the voices of real people and the stories of their experiences in this country that shape what our leaders do. So stay tuned!”

To get to know CNN’s newest anchor a bit more, we caught up with her for InStyle’s Badass Women issue. Read on for the full chat, where we discuss the latest events at the Capitol, the best advice she’s ever received, what she’s hopeful for in 2021, and more. You were reporting live on CNN last Wednesday as the horrific insurrection at the U.S. Capitol transpired. What was going through your head in that moment?

First, disbelief that the mob had so quickly been able to breach the Capitol building. Then, sadness as we watched another tragic moment in American history unfold before our eyes. There have been so many moments in the Trump presidency that have made the contrast between right and wrong as clear as day, but none more than this one. As a journalist, it was a profoundly unsettling time to anchor. But it was our responsibility to make clear the role that many of our leaders, especially the president, played in instigating this violence. As an American, it was a profoundly sad day for our nation and our Democracy.

How would you describe what political reporters are facing right now during this historic moment in time?

Political reporters are typically used to sorting out the policy and ideological disputes between the parties. But in this moment in American politics, we now spend more time defending the truth against wild conspiracy theories and democracy against the threat of anarchy and authoritarianism. No one should relish that this is what constitutes the majority of our job right now, but it’s a critical responsibility that can’t be shirked. I look forward to the days of talking more about the ways in which the government is or isn’t working on behalf of the people they serve, and less time talking about whether the Earth is, in fact, round, or the sky is, in fact, blue.

You were recently included in InStyle’s Badass 50. So what makes a badass woman to you?

A badass woman is someone who is not afraid to be her true self, whether she is quiet or loud, bubbly or stern, or whatever she may be. She is also one who uses her skills and strengths to make a unique impact on her family, friends and the world.

What’s the most badass advice you’ve ever received?

This came from the original badass woman in my life: my mother. When I went off to college she told me what is probably the best advice I’ve ever received, “Always do the hard thing first.” I still try to live by this today.

In November, you were on the air practically around the clock for five days straight reporting the election results. What keeps you going when you’re feeling burnt out?

I try to take major events like that one a moment at a time. If you start by thinking about how big of a task it is, it will feel impossible. The best way to stay motivated is to concentrate on how you’re going to give the next immediate task your all. Ultimately, everything I do in my life is for my family, so I think about staying focused and sticking with it, so I can spend more time with them and be there when I’m needed most. I also take the responsibility of reporting very seriously, especially during such a pivotal time in our country’s history, so despite the long hours, it was an honor to play that role in our democracy.

Over the last four years, there has been such an attack on media and “fake news.” How do you metabolize that chatter?

It’s important to not dwell on that too much. Every minute spent talking about the media is a moment not spent talking about the things that actually matter to people’s lives. I try to tune out any unnecessary noise. But also realize that the people screaming “fake news” are often the ones most responsible for blatantly telling and spreading falsehoods, which is why it’s even more important not to get distracted, to focus on always telling the truth, and to help people sort out what they’re seeing and hearing in the political world.

What makes for a good journalist in these times?

What are you most hopeful for this year?

I’m working on my first book about Rev. Jesse Jackson’s 1988 presidential race, so I’m excited to finish that major project about an important story in our political history. I’m also really looking forward to, hopefully, being able to celebrate weddings and birthdays and just life again with family and friends! What did you learn about yourself in 2020?

2020 has been a trying time for all kinds of reasons. I learned, first and foremost, to ask for what I want. To raise my hand more often and not be afraid of hearing "no.” I also learned to trust that sometimes our lowest moments can be the places where we breakthrough.