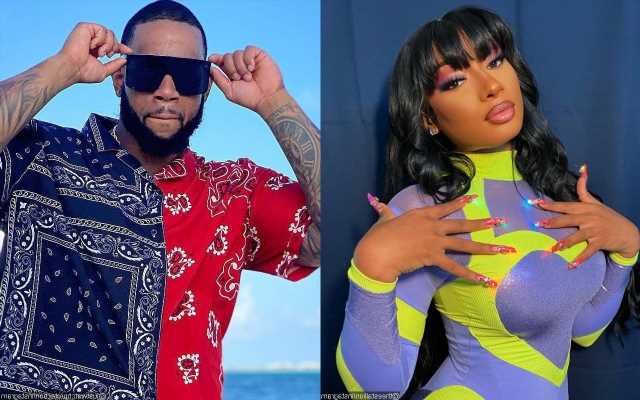 Social media users believe that someone intentionally leaked the X-rated photos and videos to make the security guard show up after skipping his scheduled testimony.

AceShowbiz –Megan Thee Stallion‘s former bodyguard Justin Edison has become the butt of the joke after he failed to show up and testify in a felony assault trial against Tory Lanez. Social media users are now buzzing on the Internet after some found his nudes.

A few clips of him doing various things in front of the camera while naked were leaked amid reports that he’s missing. Upon learning the X-rated videos, social media users believe that someone intentionally leaked them to make him show up.

“They said ‘this will make him come out the woodworks.’ Lmfao!!!” one person commented on Instagram after The Shade Room shared the news. Another joked, “He sitting back in his hotel room like ‘and I’m still not coming.’ ” Someone else quipped, “he missing but definitely in action.”

Justin, who was one of the key witnesses, was scheduled to take the stand on the trial on Friday, December 16. He, however, failed to show up. Then on Saturday, Meg’s lawyer Alex said in a statement, “We recently learned that Justin Edison went missing right before he was scheduled to appear in court. The LAPD is currently looking into his disappearance, and welcome any information about his whereabouts.”

On Monday morning, investigators paid a visit to an L.A. home, attempting to locate him. Unfortunately, the search didn’t bring any results and the authorities still have no clue where he is.

While the cops have no clue about his whereabouts, Justin posted a message on his Instagram account earlier this month that he’d be working in Qatar for the FIFA World Cup for a few weeks. “Closing out the year protecting clients over the next few weeks of the World Cup. Another country stamp, God is Good #blessed,” he captioned the post.

Doubling down, a source close to Justin told Media Take Out, “Justin was hired as personal security [for a very important person] and is currently in Qatar, while [the person he is protecting] is at the World Cup.”

It’s also said that Justin “plans to continue with his security gig, until the VIP he’s protecting is back home, safe and sound.” The insider added that Justin won’t likely return to the United States until December 22 at the earliest.