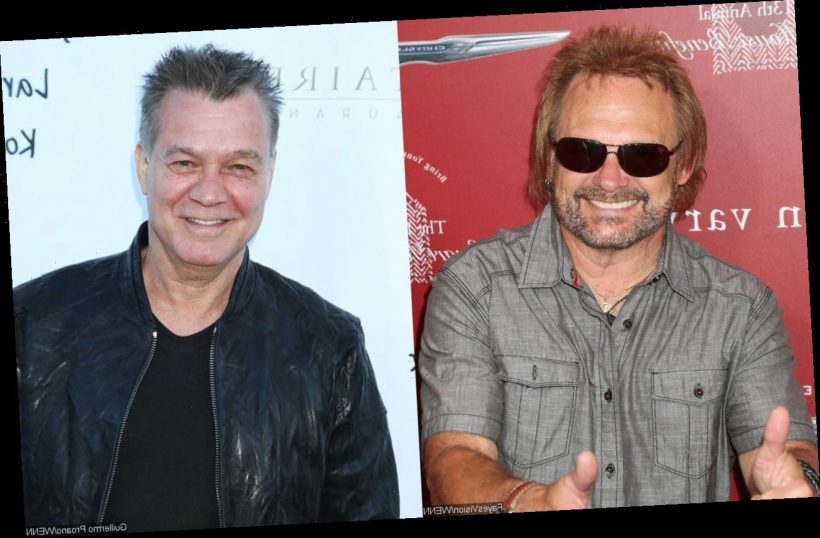 The former Van Halen bassist discusses his fractured friendship with the late guitarist in a podcast interview, expressing regret he was not able to reconcile with his ex-bandmate before his death.

AceShowbiz -Former Van Halen bassist Michael Anthony will always regret not reconnecting with Eddie Van Halen to clear the air before losing his battle with cancer.

Anthony was part of the “Jump” hitmakers’ line-up for more than 40 years before he was replaced by Eddie’s son, Wolfgang Van Halen, in 2006, and the late guitar great subsequently claimed his old bandmate was musically challenged.

Despite the remarks, Anthony was initially approached about a potential reunion tour in 2018, but talks broke down and he never got the chance to reconcile with Eddie before he passed away in October.

Discussing the fractured friendship on a recent episode of the “Talkin’ Rock With Meltdown” podcast, Anthony said, “We actually hadn’t spoken (in the last few years) and unfortunately we didn’t get a chance to.”

“It kind of bothers me because we had some issues that were never resolved. But, I mean, what can you do? It was on the track of a reunion, which I’m really sad that it never happened (sic). But life, (like) the show, goes on.”

Even though the pair’s relationship ended on a sour note, Anthony was still “heartbroken” to hear of Eddie’s death after a decade-long fight with cancer – something he kept largely under wraps.

Admitting he had no idea how sick Eddie really was, Anthony said, “Eddie was very private about how ill he was. We all knew he was ill, but it (his death) was a real shock to all of us.”

Although Eddie and Anthony never settled their differences, the rock great did make amends with former singer Sammy Hagar, who recently revealed comedian and mutual friend George Lopez was responsible for hooking the pair up during the guitarist’s final days.