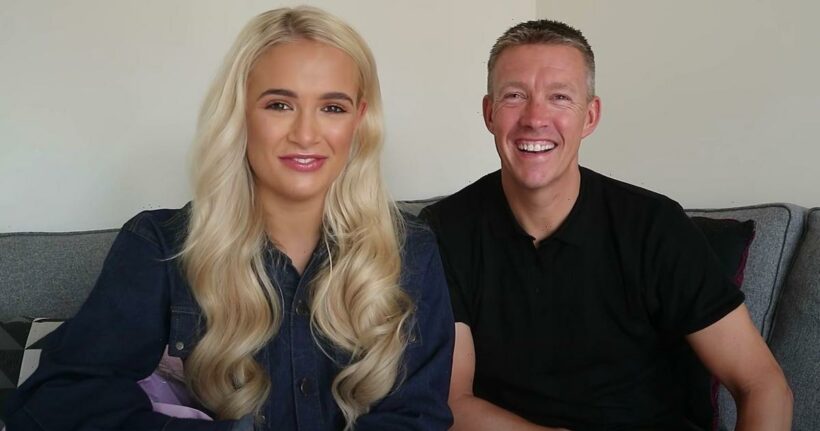 Molly-Mae Hague's dad Stephen has spoken out to defend her after a backlash over comments she made on Dragons' Den star Steven Bartlett's podcast The Diary of a CEO.

The 22 year old appeared on the podcast last month and has since been labelled as "tone deaf" for her reflections on her success.

Stephen wrote: "It must be so tough for the media stars, influencers and public figures. Especially the younger ones who are still learning the emotional rollercoaster of life.

"And it hurts me to see people literally driven to death by cruel comments of people who don’t even know the individuals and hide behind a keyboard often on fake accounts cancelling someone for something 5, 6, 7 or 10 years ago when a child, is profoundly naive and shows a real lack of emotional intelligence."

Turning his attention to his daughter's controversy, he continued: "Then attacking people for a sentence made as part of an interview taken out of context — I wouldn’t mind but the CEO of Netflix appeared on a podcast called 'the same 24hrs' on which many well respected business leaders have appeared — not attacked or cancelled.

"I think the context of Molly's words fit better with the title of that podcast 'we all have the same 24 hours in every day. But it’s how we USE those 24 hours that makes the difference in our health, happiness and success' — but what do I know!"

Stephen then went on to comment on a fan account's post supporting Molly-Mae, writing: "Thanks for your amazing support x — you are one of the kind lovely people out there and sadly there are some (actually a lot) of cruel people who constantly attack my little girl," alongside a crying face emoji.

In one clip from the podcast, which has been shared widely online, Molly-Mae says: “You’re given one life and it’s down to you what you do with it. You can literally go in any direction.

"When I’ve spoken about that in the past I have been slammed a little bit, with people saying, ‘It’s easy for you to say that because you’ve not grown up in poverty, so for you to sit there and say we all have the same 24 hours in a day is not correct.

"But, technically, what I’m saying is correct. We do.”

A statement shared with OK! from Molly-Mae's representative reads: "Molly did a podcast interview in December about her own rise to success. If you listen to the full conversation and interview Molly was asked about how the nature of her potential grows and how she believes in herself.

"This part of the interview was discussing time efficiency relating to success. Molly refers to a quote which says 'We all have the same 24 hours in a day as Beyonce'. She was discussing her own experience and how she can resonate with this specific quote. "Her opinion on if you want something enough you can work hard to achieve it is how she keeps determined with her own work to achieve more in her own life.

"Molly is not commenting on anyone else's life or personal situation she can only speak of her own experience.

"She acknowledges that everyone is raised in different ways and from different backgrounds but her comments here are in reference to timing, hard work and determination in her own life.

"If you listen to this interview you can see the whole conversation was about her own personal circumstances, how she has grown up and this small clip in the conversation was talking about a quote that inspires her.

"Social media users have shared a short snippet from this interview with words such as 'if you are homeless buy a house' and 'if you are poor be poor' these are absolutely not Molly’s words, these are not Molly’s thoughts and this isn’t at all the meaning or thought behind that conversation."

For the latest on Molly-Mae, sign up to OK!'s daily celebrity newsletter.