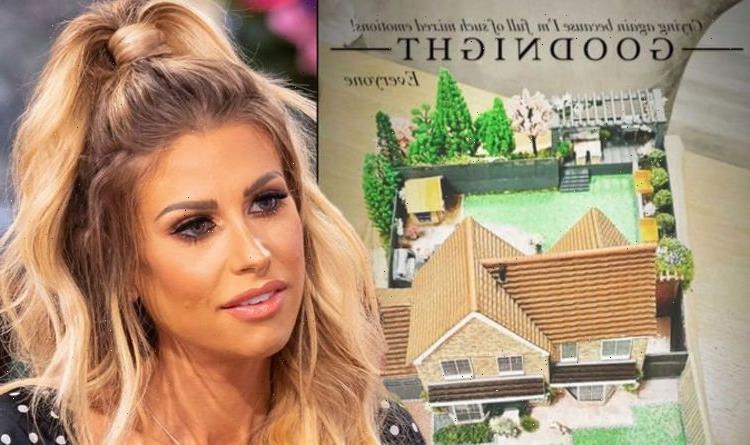 Mrs Hinch responds to troll's comment about her weight

Mrs Hinch, 31, has revealed that a secret spat with “cruel people” that forced her and her family to move to a new home. They are now living in a five bedroom countryside farmhouse after supposedly clashing with residents at their previous property over privacy issues.

I didn’t want to lose it.

Mrs Hinch took part in a Q&A on her Instagram in view of her 4.2 million followers yesterday.

One fan asked her: “Why did you decide to move. I never thought you’d leave the Hinch house?”

The TV personality replied: “If I’m honest neither did I. I won’t go into too much detail because I wouldn’t want to give any satisfaction to the cruel people involved.

“But Jamie has wanted to move for a while due to the privacy issue which came about after we had extended the house, but I was in such a mess because I didn’t want to move.

“I was crying to him saying this is my home, I didn’t want to lose it.

“So I promised him I could fix it, hence my weird basketball net looking trees which you may have noticed in my stories at some points.

“Also new panelled fencing with no holes and a crazy CCTV system. I really did my best behind-the-scenes guys but it wasn’t enough in the end.

“Jamie was right. I was putting plasters over things and from that day I felt like I lost my home and I was in a really really low place. But everything happens for a reason doesn’t it.”

She continued: “I’m so so grateful for my life and wouldn’t change a thing but a lot goes on behind closed doors and if only some people knew how much their selfish actions affect others.

“But they will not win! I will always love this house but I will make Hinch farm our forever home where the boys will be so safe and we will feel comfortable again.”

The family now plan to look after animals and have stables on their new property, which is surrounded by fields.

Mrs Hinch’s previous house helped the TV personality shoot to fame in 2018, after she documented her cleaning obsession online.

Within two years, she had accumulated two million followers, with fans known as Hinchers.

In March last year, ratings site GoCompare listed her as the highest paid ‘homefluencer’ in the United Kingdom, and the second highest worldwide.

The star revealed last week that the family had bought their new home months ago but couldn’t show it off on social media until Jamie had installed extra security measures.

The new home features a grand wooden staircase, stables and plenty of grounds.

She could be seen celebrating the purchase by nailing a Hinch Farm sign onto the fence.