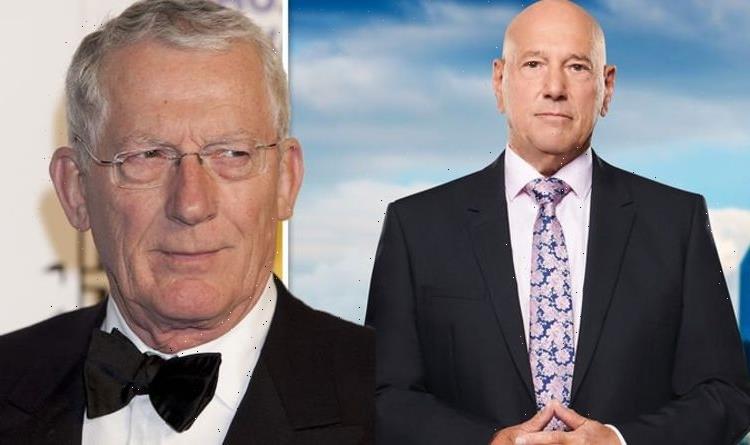 Nick Hewer gets cheeky message from Alan Sugar as he retires

Lord Alan Sugar’s former aide Nick Hewer, 77, has taken to Twitter to pen a supportive get-well message to his The Apprentice colleague Claude Littner, 72, after he was forced to take time away from the show following a serious accident. Earlier this year, the business executive injured his leg so badly that doctors considered amputating it following an accident on an electric bike, which left the star needing to learn how to walk again.

Speedy recovery Claude and have fun Tim – you’ll have a blast!

In view of his 214,300 Twitter followers, the PR guru sent the businessman a kind message of support.

“Speedy recovery Claude and have fun Tim – you’ll have a blast!,” he wrote.

Following the news that the businessman will be returning to the boardroom early next year, the show’s first ever winner, Tim Campbell, will step into Claude’s seat in his absence.

Tim also took to social media to wish the star well as fans wished him luck in his new role.

He wrote: “All our thoughts and prayers are with @claudelittner making a swift and full recovery and gracing the @bbcapprentice screen again soon! #getwellsoon.”

Claude replaced Nick on the BBC show in 2015 after the latter left following 10 years on the show.

At the time, the PR personality said that he was leaving at the end of the year as “my stamina is not up to those long weeks [of filming]”.

He said: “I was just pottering along, I must have been doing no more than 10 kilometres an hour on this sort of two-track road.

“The next thing I knew, I was on the left hand side of the street, my bike was in the middle of the road and I didn’t know what happened,” he explained.

The Apprentice star continued: “I suspect I hit a pothole or something like that.

“But, I must have blanked out at the moment of impact, because the next thing I knew, I was lying on the ground.”

Despite thinking he could “just get up” and walk away, the star soon realised that his injuries were more serious than he thought, as he spotted his bone coming out of his leg.

After doctors told his family that they may have to amputate the businessman’s leg, medical professionals managed to save it following a lengthy operation.

Despite already having undergone nine surgeries, the father-of-two is currently resting at home ahead of another major operation on July 19.

He added he is “untouchable mentally” and has “absolute determination” to get through his ordeal.

Claude went on to praise hospital staff who have “been superb at their job”.

“And the other thing is just a kind of general, never-say-die attitude to everything that I do in life,” he continued.

A new series of The Apprentice is expected to return to screens next year.

Lord Sugar tweeted: “We are filming it this year, but unfortunately it won’t be aired until early 2022.”