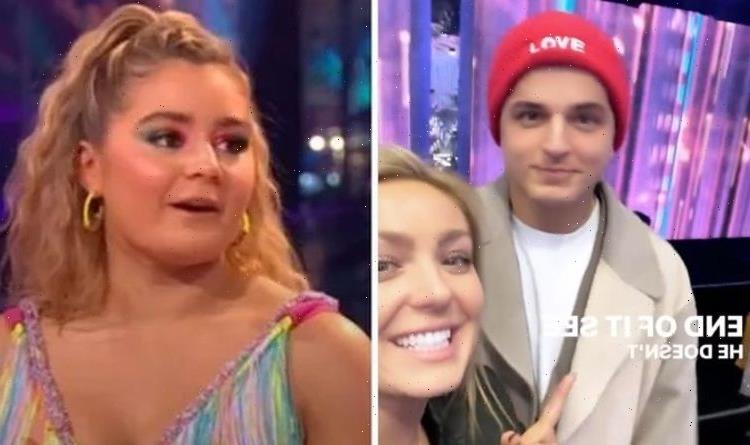 Nikita Kuzmin appeared in Amy Dowden’s Instagram Story on Friday as the contestants and dancers take on their last rehearsals before tomorrow’s live taping.

It was an early start to the day for Amy and the crew as she took to social media to share some behind the scenes footage of the dancers prepping for their routine.

“See, he doesn’t do early mornings,” Amy laughed as she pointed the camera to Nikita, who seemed bewildered by his early morning start to work.

Amy chimed in, saying: “We’re going to dance. But this might be a last early morning. I’m guessing tomorrow morning.”

When Nikita said he might be late for tomorrow’s rehearsals, his fellow dancing pro insisted he is “always late”.

The 23-year-old begged to differ as he joked he’s simply “off time”.

On Wednesday, Tilly announced she would not be joining Nikita and the rest of the cast of Strictly 2021 in the final after being tested positive for Covid.

The bombshell news subsequently meant Gordon Ramsay’s daughter wouldn’t be attending the taping at all.

But Tilly has since addressed her fans, expressing that she’ll be supporting the contestants from the comfort of her home as the remaining acts battle it out for the ballroom trophy.

The 20-year-old wrote in an Instagram post: “So sad to be missing the Strictly final – but sadly have tested positive for covid so will be watching from my sofa and cheering on the amazing finalists from home on Saturday night.

All of this year’s acts will be returning for the final, except for comedian Robert Webb, who pulled out of the TV programme in October due to medical reasons.

It’s still unclear who his partner Dianne Buswell will be dancing with, although fans are already speculating whether she will now be paired with Nikita.

Professional dancing pro Karen Hunter is additionally skipping the Strictly final following a knee injury, with reports claiming she’s in no form to grace the ballroom stage by the weekend.

Nina Wadia, who previously slammed Strictly judges for giving her harsh criticism during her short-lived time on this year’s series, has also been invited back.

However, following her exit, she had made comments complaining about the scoring.

She took issue with only scoring half the points of former contestant Judi Love, despite judges insisting that the comedian’s routine was a “technical disaster”.

The former EastEnders star addressed the matter in an episode on The Lads Dads and Couple Beers Podcast, explaining: “If you have a competition, have a level playing field. Give everybody a chance, or if not that, then at least mark accordingly.”

“You can’t give someone like me a three when I’ve tried so hard and tried something so technically difficult, then at the same time give someone else who’s had a bit of a mistake a seven just because they looked good doing it.”