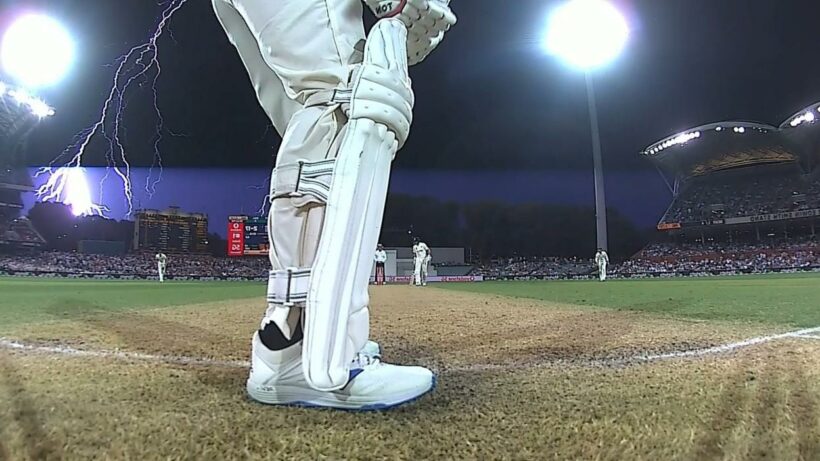 ASHES rivals England and Australia were forced to take shelter as LIGHTNING flashed around the Adelaide Oval on day two of the second Test.

England batsmen Joe Root and Dawid Malan joined Australia fielders in fleeing from the middle as umpires called a halt to proceedings. 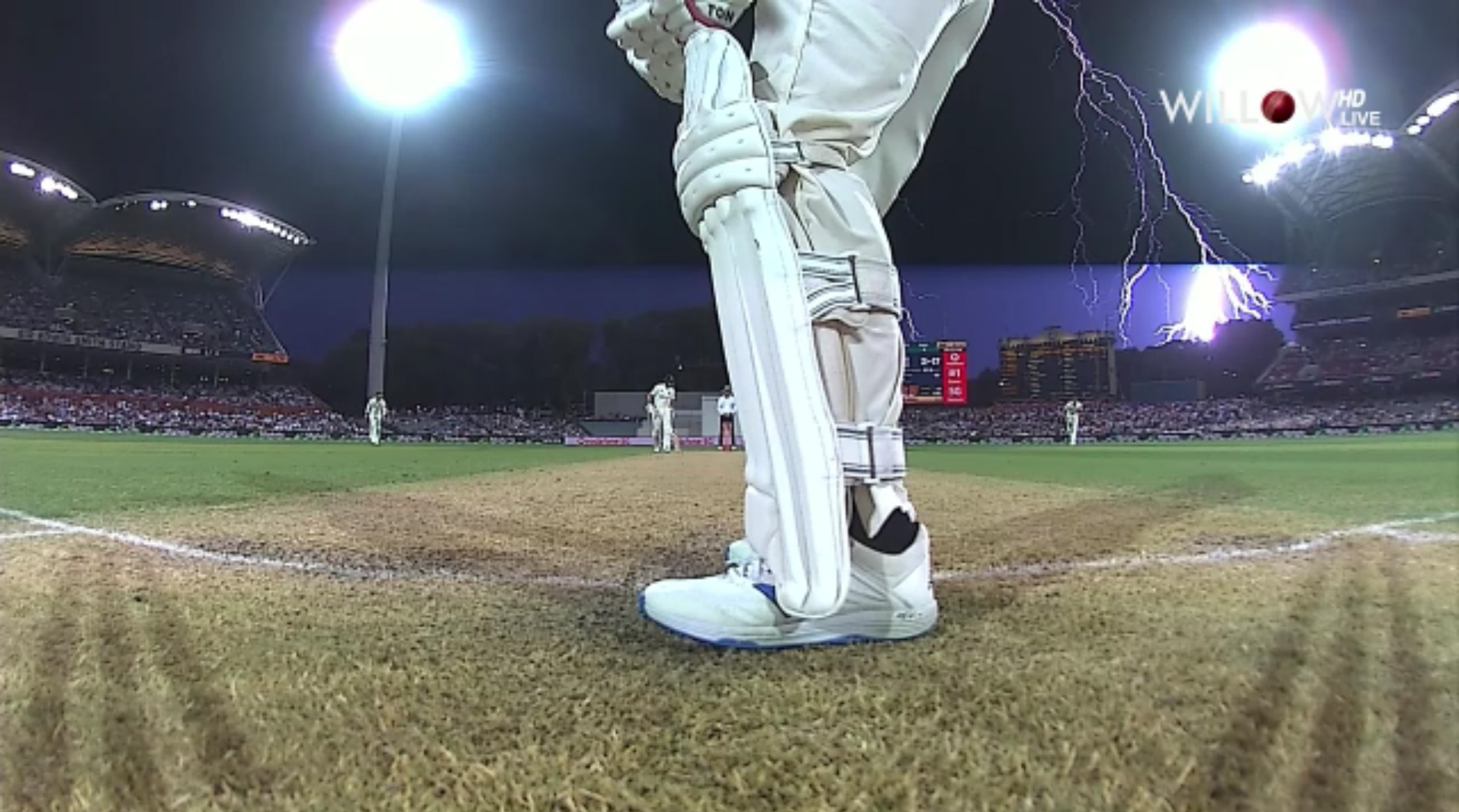 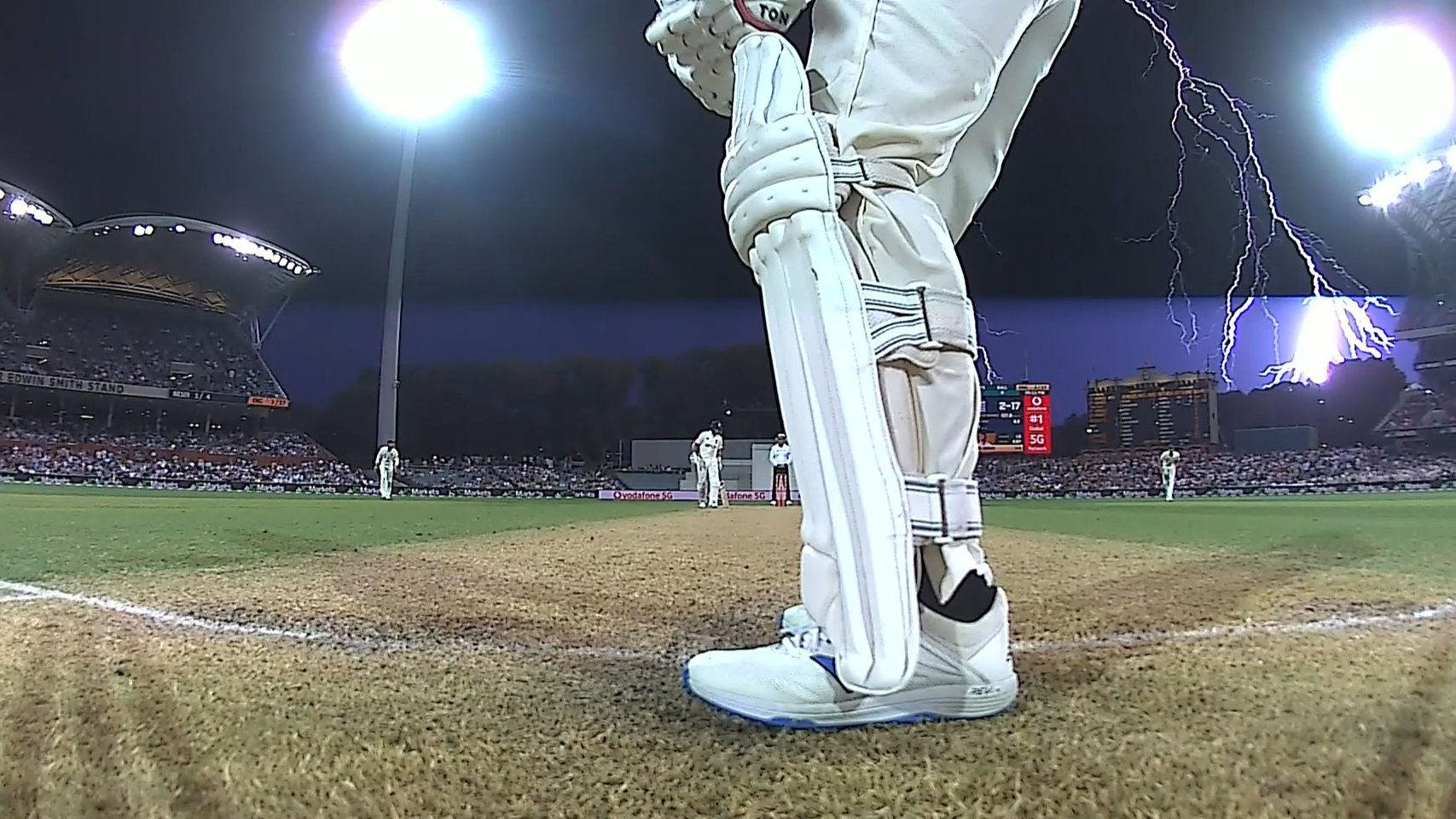 TV cameras captured footage of forked lightning striking the nearby Adelaide cathedral in the day/night clash.

And fans online joked Greek god Zeus had come to England’s rescue after the tourists slumped to 17/2 – 456 runs behind.

Aussie broadcaster ABC Sport wrote on Twitter: “England have been saved further pain by Zeus himself, as lightning strikes have stopped play, possibly for the evening.

“And they thought (Mitchell) Starc's thunderbolts were scary!”

And Martin Johnson added: “Lightning hitting a Cathedral forcing the cricket to stop. Proof God is an England fan.”

England left the field in dire straits on 17/2 having seen Australia declare on a whopping 473/9.

Rory Burns continued his tour of total despair when he was dismissed third ball on another day of misery for the visitors.

Surrey opener Burns was betrayed by his quirky technique once more and edged a delivery from Mitchell Starc straight into Steve Smith’s hands at second slip.

Burns’ scores in this series now read 0 (bowled by the first ball of the First Test, remember), 13 and 4.

He has also dropped a sitter of a catch in the First Test and on day two of the Second Test conceded four overthrows with a wild shy at the stumps.

Unless he scores some runs in England’s second innings, Burns will surely be jettisoned in favour of Kent’s Zak Crawley for the Third Test in Melbourne on Boxing Day. 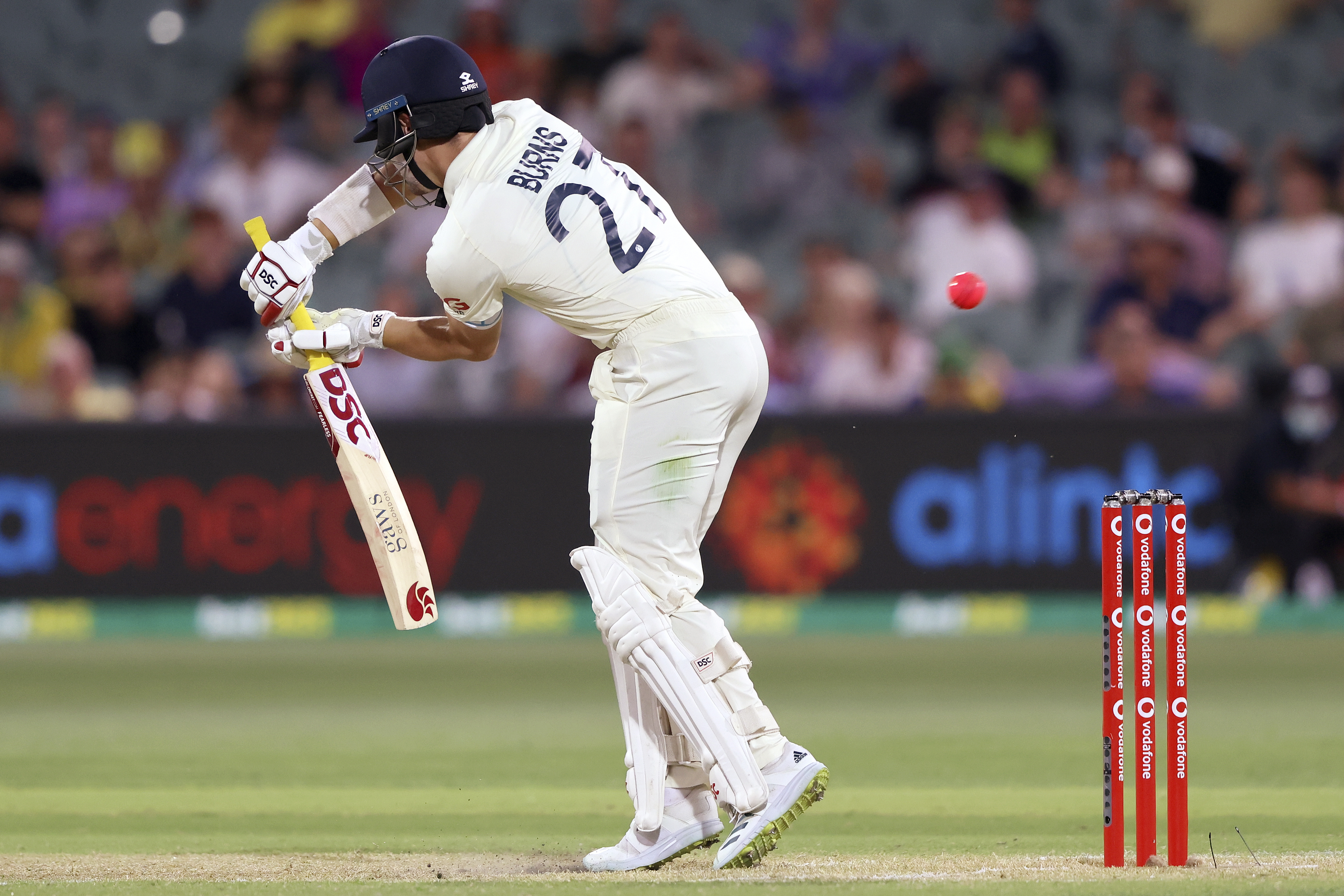 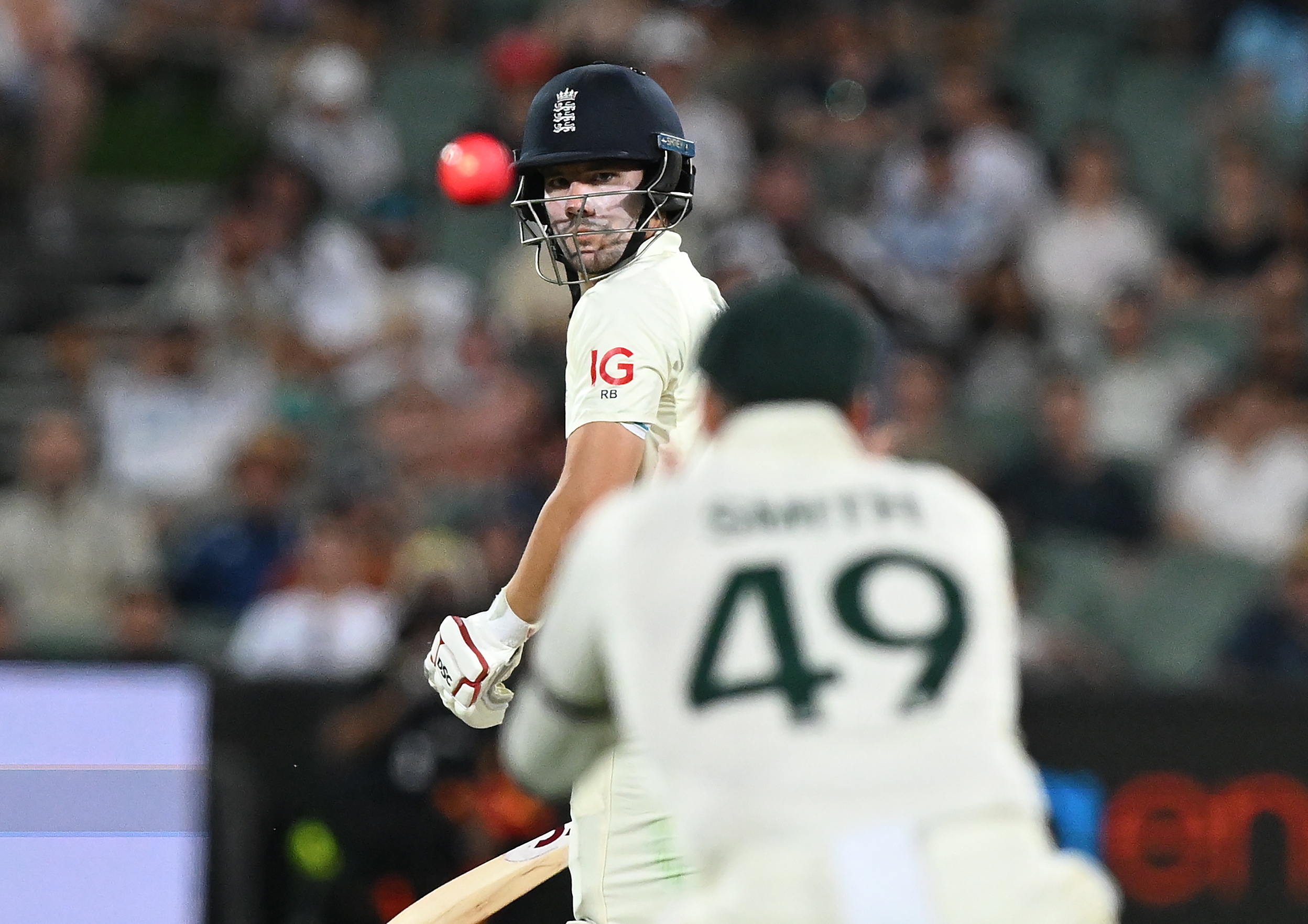 England face a massive task to avoid going 2-0 down.

The mistakes in the field continued to mount for Root’s men as Australia extended their total from 221-2 overnight.

Marnus Labuschagne was caught behind off Ollie Robinson’s first ball of day two but replays showed the bowler had overstepped.

It was the second wicket in the series England had taken with a no-ball after Ben Stokes’ bowling of David Warner was discounted in the First Test.

There was another dropped catch when Labuschagne flashed a hook shot off Stuart Broad past Robinson at square leg. This was not easy, but a chance all the same. 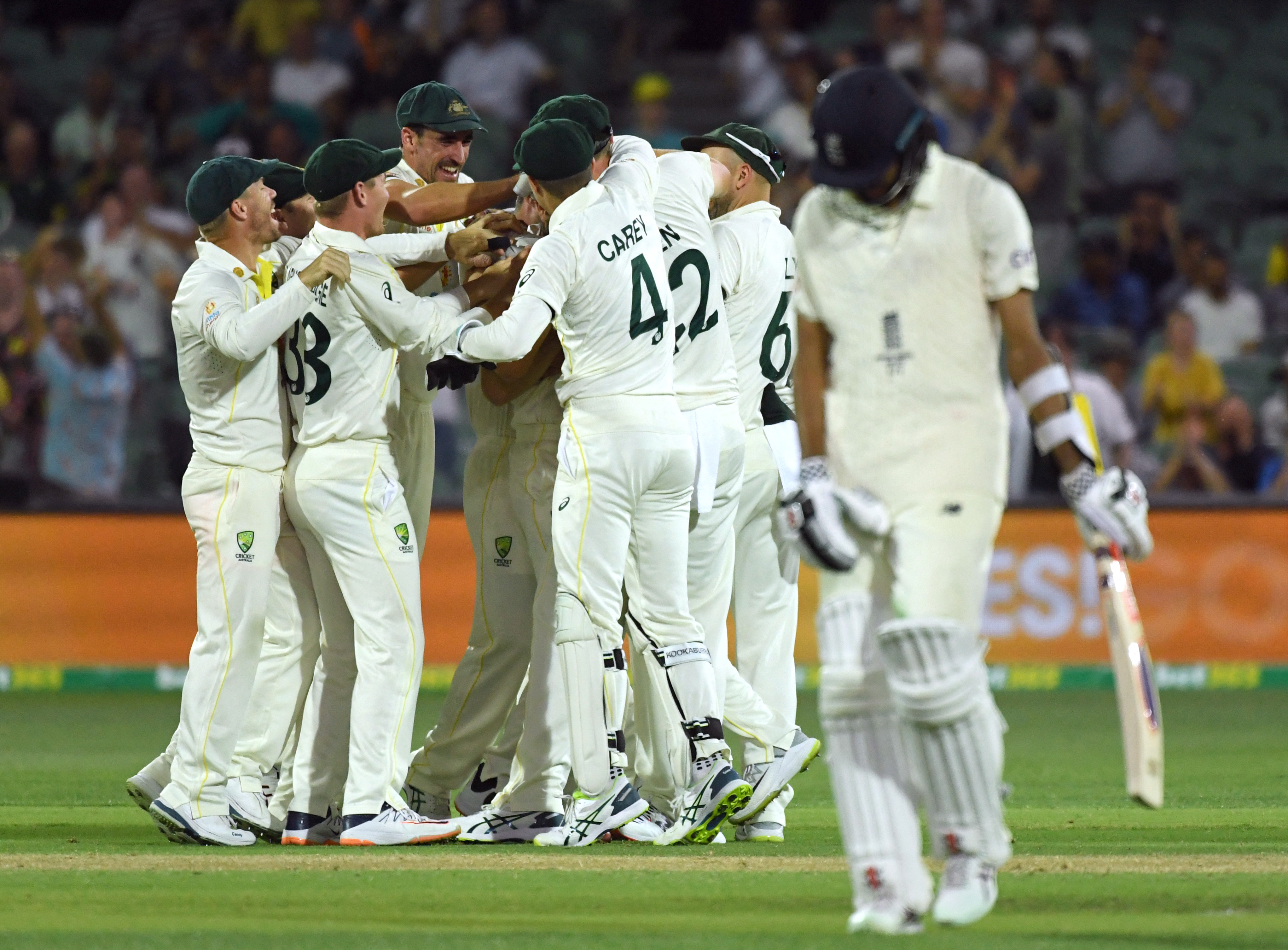 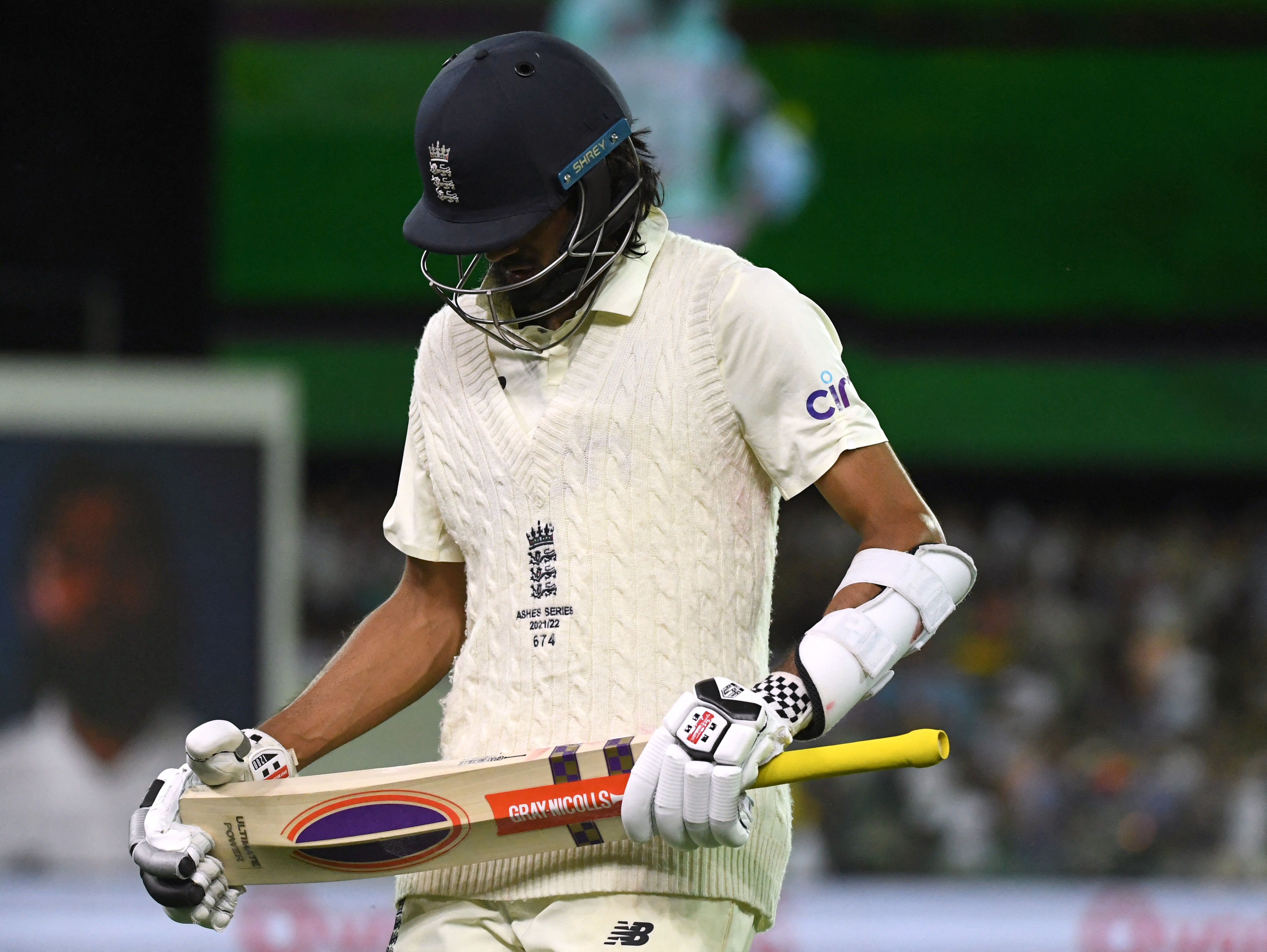 England were sloppy in the field with fumbles and falters and Burns' wild throw gifted four more runs.

With errors over the toss, selection, batting, bowling and fielding, it is difficult to think of much England have got right so far on this tour.

For the second day running, England didn't exactly bowl badly. But they lacked penetration and variety on a slow pitch. And they probably lacked a bit of luck, too.

Labuschagne, 95 not out at start of play, reached his century with an edge for four off Jimmy Anderson and survived his no-ball dismissal and third drop of his innings before finally being lbw to Robinson.

Travis Head, who scored a century at quicker than a run-a-ball in Brisbane, was bowled by a Root full toss. Cameron Green was bowled for just two as Stokes reverted from his short ball mode of attack and pitched up the ball for once.

Australia were 294-5 but any hopes England might be able to drag themselves back into contention were crushed as Steve Smith and Alex Carey put on 91 for the sixth wicket.

Smith, captaining Australia in the absence of Pat Cummins, forced to miss the match after sitting next to someone in a restaurant on Wednesday who tested positive for Covid, made 93 before being lbw to Anderson.

That was almost a failure by Smith’s standards of the last two Ashes series.

Anderson took his second wicket when wicketkeeper Alex Carey, after a fluent half-century, drove a catch to short extra cover.

But still the pain was not over for England’s bowlers as Neser and Starc put on 58 buccaneering runs for the eighth wicket.

Starc and Jhye Richardson added a further 25 before the declaration came. England finished with eight fielders on the boundary and yet fours and sixes still flowed. Australia scored 83 runs in ten overs after tea.

This is getting embarrassing.